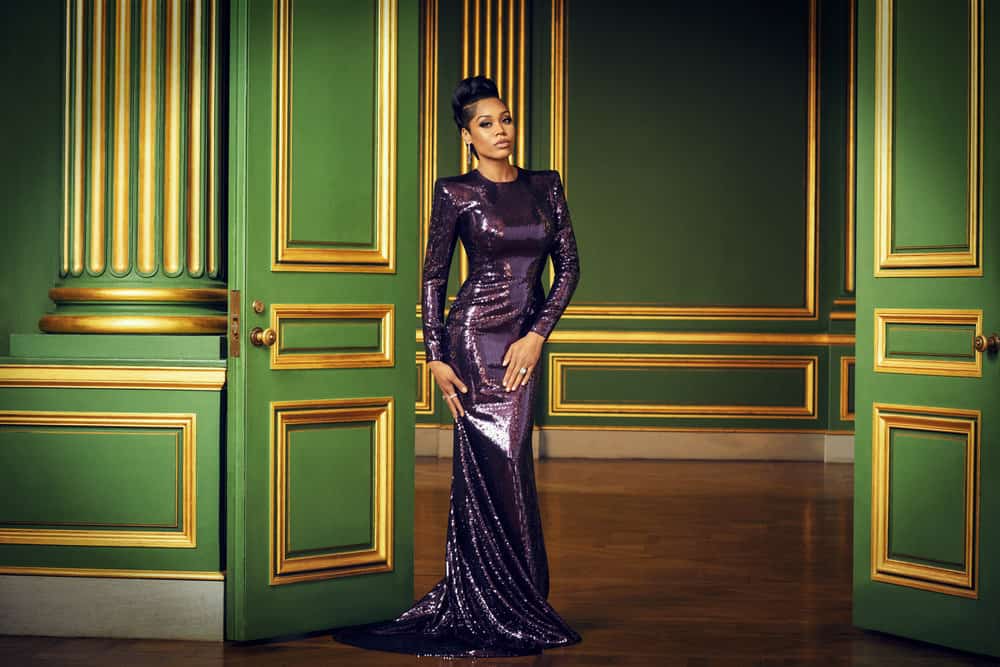 Monique Samuels is an American reality television personality who has been a part of Bravo’s reality series “The Real Housewives of Potomac” since 2016. Apart from acting, she is also the manager Chris Samuels Foundation and CRS Real Estate.

The real housewife is also speaker, media figure, writer, musician, philanthropist, proving that women can have it all. Monique is a devoted wife and mother of three children as well.

In 2021, Monique Samuels’ net worth is estimated to be  $5 million. She is the boss of her husband’s enterprises, which include a real estate investment firm, a business venture, and the Chris Samuels Foundation. As a result of this, she was able to increase her wages. Her wealth is also increasing from her mommy-brand Not For Lazy Moms and her own essential oil brand named Mila Eve Essentials. (1)

The real housewife, on the other hand, claims that she got compensated for 12 episodes in her first season. Other housewives, according to Yontef, assert that rookies make an estimated $60k during their first season. However, Samuels claims that each franchise is different as she received $42k, which equates to around $3,500 each episode after completing the arithmetic.

She also verifies rumors that housewives are liable for all out-of-pocket costs associated with each event they host during the season. It’s worth noting that as part of their separate storylines, each housewife is apparently contractually compelled to host a certain amount of events.

Monique Samuels is 38 years old. Monique Samuels was born Monique Cox on October 6, 1983 in Pleasantville, New Jersey. There is no available information about who her parents are but the reality star’s father instilled in her a sense of strength and independence as she grew up as a tomboy. (2) 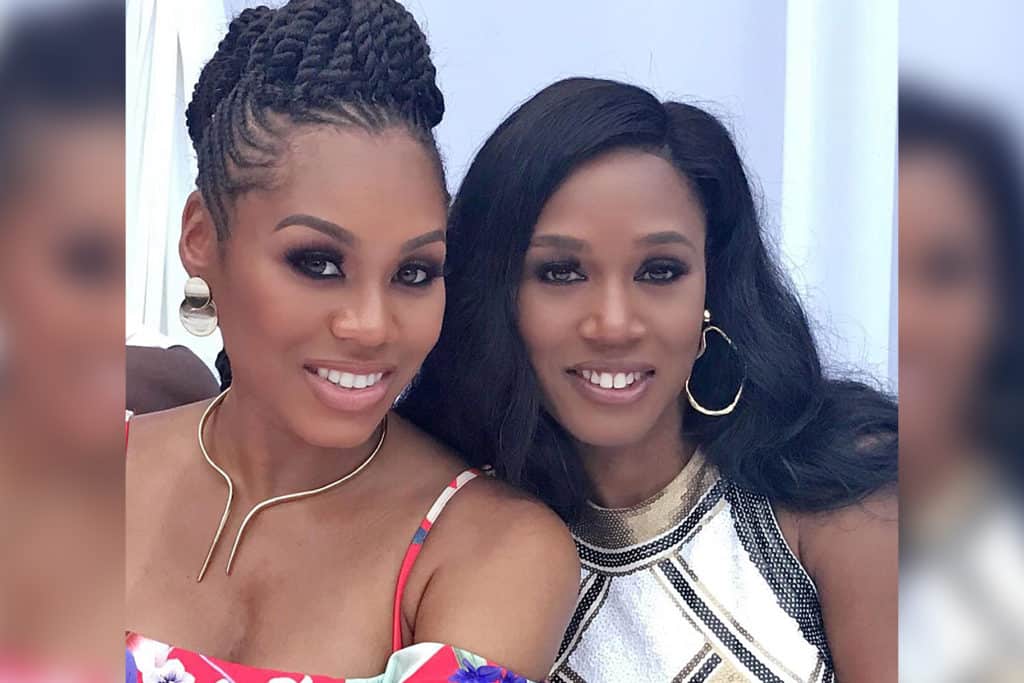 Additionally, her father wouldn’t let Monique drive a car unless she learned how to replace a tire and look under the hood when she was a teenager. The real housewife was also trained from a young age to be tough, tenacious, and self-reliant.

Monique Samuels went to Duquesne University to study business law on a full academic scholarship after she graduated as the salutatorian of her high school class. The real housewife then opted to follow her genuine interest, a career in music, after a few semesters.

Monique Samuels is married to former Washington Redskins offensive tackle, Chris Samuels for almost a decade. They established a wonderful friendship that ultimately blossomed into a love one. Before getting married in 2012, they dated for six years.

Monique remembered the time Chris mentioned marriage on an episode of Bravo TV’s hit reality show. (3) “When we first met, neither one of us wanted to be in a relationship. He looked at me and said, ‘When do you see yourself getting married?’ I’m like, ‘What? I’m not thinking about marriage,'” she said at that time.

“When I met Chris, I was 19. So we’ve known each other for a very long time, and we’ve built a friendship, and that friendship blossomed into a relationship,” she added. The real housewife and her husband Chris Samuels live in Potomac, Maryland, with their three children, Christopher, Milani, and Chase, as well as their African Grey parrot, T’Challa. (4)

Monique left “Real Housewives of Potomac” after four seasons, but she and her husband Chris returned on the “OWN Love & Marriage: Huntsville” spinoff centered in D.C., following a one-and-a-half year absence from reality television. The show introduced the pair in a way that had never been seen before as well as  present their married friends, adding to the show’s drama. (5)

Monique Samuels dropped out of school to pursue a career in music, particularly rap music. When she was still actively pursuing it, she called herself “Motormouth Mo’Nique.” (6) Her abilities were so exceptional that she was given multiple record label and production deals under the stage name “Hazel.” However, as she saw how big these corporations expected her to be, she turned down several offers.

“There were several opportunities for me to sign label and production deals when I was pursuing a career in music,” she stated in a 2017 interview with Bravo. “Unfortunately, I was always asked to either change my persona or several ‘strings’ were attached along with the opportunity.”

In the same interview, the mother-of-three further elaborated the genre of music she do, saying, “My music was fun, club and dance music with a more positive message. I was asked to change my persona to be raunchy, over-the-top sexy or very ‘Street.’ I was not about to parade around, barely clothed, singing about men and sex. I don’t have a street background so I wasn’t comfortable with giving a more ‘gangsta’ message.” (7)

She then relocated to Washington, DC, where she worked as an executive assistant for her entertainment attorney to help pay the bills while learning more about the industry. She also expressed gratitude for the opportunities she has had to share her musical experiences, including meeting some of her idols and collaborating with some of the most creative artists.

Moreover, Monique noted that it was also her choice not to comply, thus deals were passed up, but she still has a few songs that get played internationally to this day. She had less and less time for singing as her career in real estate and business management progressed.

Today, Monique Samuels was in charge of the couple’s numerous real estate holdings, as well as Chris’ non-profit organization and several investments. She is also one of the stars of “The Real Housewives of Potomac”. The reality star’s entrepreneurial energy has additionally prompted her to design and launch her own podcast brand, mommy-brand, “Not For Lazy Moms,” as well as the accompanying website notforlazymoms.com. The company began as a Facebook group and has now expanded to include its own products and services. “Mila Eve Essentials,” her own essential oil brand, was also established by her. (8)

Monique Samuels has been a part of the “The Real Housewives of Potomac,” since its second season began on April 2, 2017 and remained for four seasons.

In her first season, Monique Samuels claims she only made a few thousand dollars every episode. She also wants viewers to know that her first season’s return on investment was limited.

The real housewife was a full-time wife and mother to her retired NFL husband, Chris Samuels, before joining the program. While Chris is the “money maker,” she is very much the “manager” of their family and household as she informed her co-star Karen Huger in season 3.

Many fans are still heartbroken by Monique Samuels’ departure as the sixth season of “RHOP” approaches. She shared that the show’s weight grew too toxic for her to manage. She likewise claims that the confrontation she had with Candiace Dillard, as well as improper editing and manipulation from production, were enough for her to leave. (9)