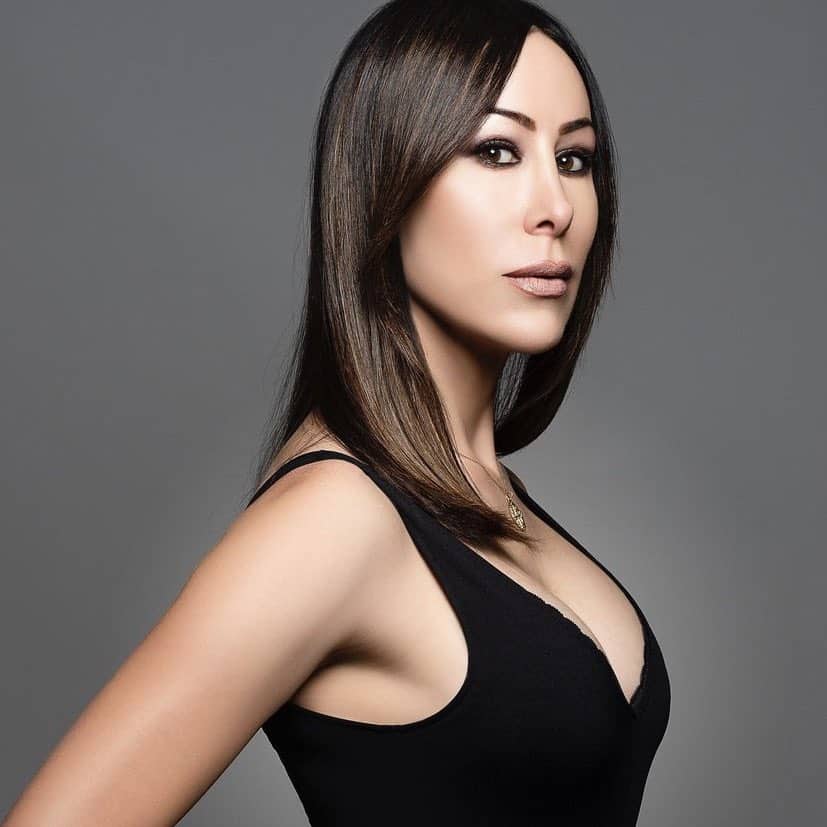 Angie Katsanevas is the most recent addition to Season 3 of “The Real Housewives of Salt Lake City,” and she is most known for co-founding Lunatic Fringe with her husband, Shawn Trujillo. The Professional Beauty Association’s North American Hairstyling Awards (NAHA) honors them as the founders of Lunatic Fringe Salons with the Salon MBA (Masters in Business) award. The said award was created to honor clever salon owners who have created a cutting-edge salon while still running a lucrative company.

In 2022, Angie Katsanevas’ net worth is estimated to be more than $5 million. (1) Her major source of income is her career in the hair industry. Her salon, Lunatic Fringe, which she co-owns with her husband, Shawn Trujillo, has expanded to ten branches across four states in the two decades since it first opened.

Regardless if you arrange an appointment in the original Salt Lake City facility or one of the newer salons in Idaho, Ohio, or Tennessee, you can get the same high-quality treatment. Women’s haircuts ($40+), blowouts ($30+), partial highlights ($70+), and single-process color ($60+) are all available at Lunatic Fringe establishments. While cut and color are the most prominent treatments, the proprietors think that services like Kérastase’s Fusio-Dose treatment set them apart.

“Treatments are not something just anyone can offer or they might not have a high of a quality product to offer,” the real housewife explained. “We are really known for our treatments, they’re a great add-on.”

Angie Katsanevas is 48 years old as of 2022, despite the fact that her birth date and birth place are unknown. Leonidas and Olie Katsaneva are Angie’s parents. She also has three brothers and three sisters. Maria, Johnny, Bill, Kathy, Sophia, and Mike are their names. Angie also has an aunt named Georgia, who she says is everything to her and would not be here if it weren’t for her. (2)

Angie Katsanevas’ educational background, including whether or not she received a degree and the university she attended, was not yet accessible to the general public, but we will update this site as soon as we find more.

Angie Katsanevas is married to Shawn Trujillo. The hairstylist couple became business partners and launched Lunatic Fringe salon in Salt Lake City after meeting and falling in love at a hair shop more than 25 years ago. They shared a 10-year-old daughter named Elektra. (3) Elektra appears to be an excellent equestrian, and her mother is extremely proud of her, since Angie frequently shares about her daughter’s equestrian accomplishments on social media.

Angie became a customer of Trujillo’s salon, where they met.  She happened to take a seat next to him at the station. It didn’t take long for the two to form a friendship, which swiftly blossomed into a professional partnership. “When he was a hairdresser I was just starting beauty school, so we did meet in the salon and then I started going to beauty school,” the real housewife shared. “Then I worked in the salon as his assistant for a while.”

Angie and Shawn left the salon where they originally fell in love in 1999. They were ready and willing to take their passion and expertise of the hair business to the next level and create their own salon after working side by side for more than four years. The duo wanted to establish an atmosphere that would inspire employees to continue to learn and develop in the hair business, even if they enjoyed working behind the chair and created Lunatic Fringe, a salon dedicated to assisting individuals in their professional growth. “We started to feel successful behind the chair and the business model that we were working under didn’t really foster or cultivate that ongoing education and the customer service experience,” Shawn shared.

Angie Katsanevas and her husband, Shawn Trujillo, founded Lunatic Fringe salon in Salt Lake City, Utah, in 1999. Angie has worked as a hairdresser since she was 21 years old. Lunatic Fringe has grown to more than ten sites across four states in the two decades since it initially opened its doors. Both of them were inspired by classic haircuts on TV and in movies throughout the 1980s and knew they wanted to work in the hair business from an early age.

It didn’t take Lunatic Fringe long to develop a cult-like following. They moved into a bigger facility that was more than twice the size of the first, only two years after launching their 600-square-foot salon. The pair opened their second shop in Salt Lake City four years after founding the first. “We started to create this demand of people who wanted to work with us…in the first location when we expanded it was because we were bursting at the seams with a waiting list of people who wanted to work there,” her husband, Shawn, said. “That’s when we went on to the second location and so on. We never opened without the demand being there.”

The couple, like many other creatives, weren’t content with just leaving their stamp on the Salt Lake City region. They collaborated with another couple to create a second site in Idaho five years later.

“We took a bet on them because we didn’t know anything about Boise,” the RHOSLC star stated. “We just knew that these two were passionate and they could take what we had done and recreate it, and they did. And we meet people randomly that are from Boise and say that they go to our salon over there and how much they love it.” Ever since, Lunatic Fringe has grown to have included two additional Ohio sites and three Tennessee locations. They ensure that no matter where you visit them, you will get the same quality of service. “It’s really important that we keep the integrity of our name and uphold the values of the company so that the guest and stylists will have the same experience they’d have in Salt Lake City,” she added.

Their hair salon was also named one of the top 100 salons in the nation by Elle Magazine. InStyle, Modern Salon, American Salon, Cut and Dry, and a slew of other national and local magazines have highlighted Lunatic Fringe and their stylists have won NAHA (North American Hairstyling Awards) contests and have been recognized by the industry in Behind the Chair, Cut and Dry, and Canadian Hair Dresser publications.

Today, Angie Katsanevas will most likely continue to run the company she and her husband built, and she will soon be seen on television as one of the stars of “The Real Housewives of Salt Lake City.”

Season three of The Real Housewives of Salt Lake City seems to have added Angie Katsanevas to the cast. Angie reportedly auditioned for “RHOSLC” in 2019, but was not chosen to join the Salt Lake City housewife cast, but she is now one of them.

Angie was spotted spending time with the ladies of the show, including Jen Shah, Lisa Barlow, and Meredith Marks, prompting speculation about her possible role in the next episodes, which Jen has stoked with a post on her Instagram Story.

“It appears like we would have pics of the most recent [RHOSLC] beginner – [Angie Katsanevas]. Judging from an outdated submit from 2019, appears like she tried out for Season 1, however simply missed the mark,” a fan page named Queens of Bravo shared on Instagram. Along with the photos provided by the said username, the fan page also included a post written by Angie about her first trial for RHOSLC and the reaction she received from Heather.

“Did I make the lower for the Actual Housewives of Salt Lake Metropolis you ask… The reply is No… However we acquired our matching Mommy and Me gear on simply in case we acquired the decision again,” Angie shared in a prior post, which was apparently posted during season one casting. “I ought to have answered YES once they requested if there was drama within the salons. I’m positive the ladies they selected are fabulous. We’re Greek. We’ll discover one other occasion to put on our matching heels to.”

She then received a response from Heather after she shared the message, which read, “You have been born to be a star,” prompting her to respond, “Oh sis, why thanks… I hear you’re the star? When are you going to spill the beans? Additionally thanks for establishing the interview. It was enjoyable, I wasn’t my humorous self as I used to be to busy making an attempt to be all right down to biz.”

In the midst of ‘RHOSLC’ season three casting speculations, Jen seemed to confirm that Angie would appear in the upcoming episodes when she re-shared a post from another Bravo fan site page on her Instagram Story, in which Angie was referred to as the “beginner.”