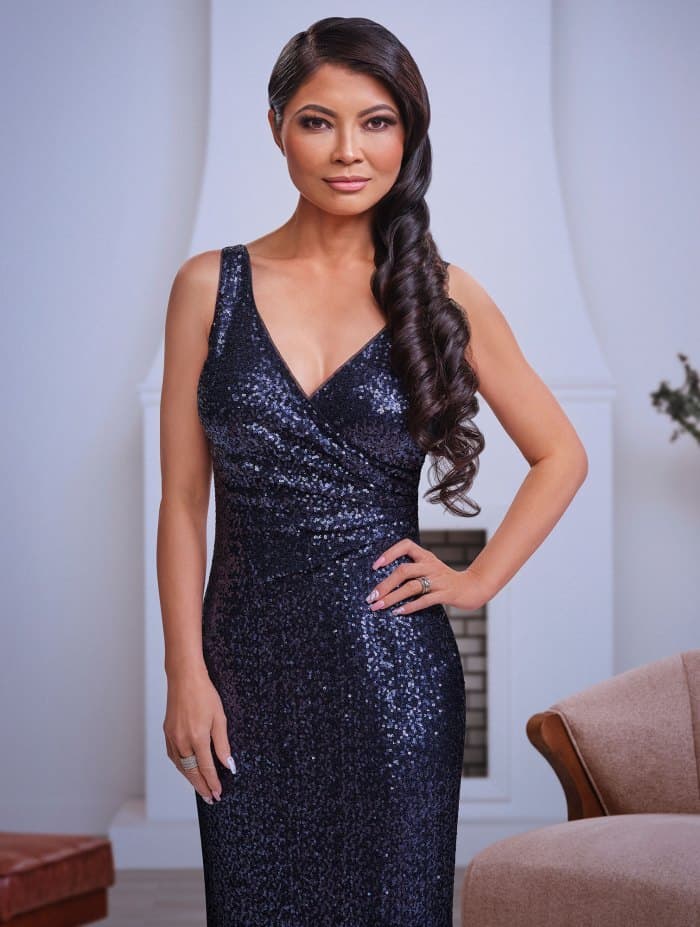 Jennie Nguyen is a Vietnamese-American reality television actress best known for her role as one of the major cast members of Bravo’s “The Real Housewives of Salt Lake City,” until she got fired recently. She originally appeared on the program as a recurring guest, but was then promoted to a regular role for the second season, which began on September 12, 2021. It was also first assumed that she was recruited as a substitute for Jen Shah, who is now embroiled in legal proceedings.

In addition, the real housewife just sold her medical spas in order to become a full-time mother. With Jennie spending more time at home, her husband, Dr. Duy Tran, begins to prod her for more children, and when she refuses, he is prepared to consider all possibilities, even a sister wife.

In 2022, Jennie Nguyen’s net worth is estimated to be $3 million. Her career as an entrepreneur is her main source of income and was described as a successful entrepreneur by Bravo TV. The real housewife ran and owned a number of medical spas, according to report and originally gained attention when she starred as Lisa Barlow’s friend on the hit reality program “RHOSLC.” They’ve been great friends for nearly a decade, and they met while their boys were both students at the same private school. (1)

Her wealth is also increasing from her YouTube channel, “Jennie Nguyen Luv,” on which she posts a lot of food-related videos. She offers instructions on how to create avocado shakes, Vietnamese coffee, and “shaking beef,” all of which she does in her own kitchen. The reality star also has an impressive car collection and is proficient with an assault weapon. In March, she posted photos of herself at a gun range with her M4 rifle, describing it as “relaxation” time. Her spouse Duy, on the other hand, is said to be worth $5 million.

Jennie Nguyen was born and raised in Vietnam. Her exact date of birth is still unclear. When the real housewife was seven years old, she and her family escaped the country. However, while leaving on a boat, they were apprehended by Thai pirates and were finally deported to Thailand and placed in a refugee camp. They lived in a Thai refugee camp for three years before being sponsored by a Christian church and finally settling in Long Beach, California.

Jennie Nguyen has not revealed any information about her educational background, including the name of her high school or college. Although it is thought that after settling in California, she may have enrolled in a local high school.

Jennie Nguyen is married to Dr. Duy Tran for over 14 years. However, there is no information on the day of their wedding. Her sister-in-law them to each other. Her husband Duy founded HealthQuest Chiropractic in 1992, and over the years he has treated celebrities and Olympic athletes as well as families and children from many walks of life throughout the years. He also worked as a health counselor on the local Good Things Utah morning program, served on the Murray Chamber of Commerce’s Board of Directors and as Chairman of Ambassadors, and lectured at the University of Utah. (2)

However, he is eager to have a family outside of his successful work, which has brought him national notoriety. According to the Bravo profile of the real housewife, her husband is ready to have a family, even if it means finding a sister wife. The couple has two sons named Atlas Tran, Triton Tan, while their youngest daughter Karlyn Tan, is already an author, working on a novel titled “The Mysterious Forest.” They’re the reason behind why she sold her spa company to devote her time to becoming a full-time mother.

We don’t know much about Jennie Nguyen’s professional background, but we do know she owned and operated a number of medical spas in the Salt Lake City area before selling them to spend more time with her children. Fortunately for Jennie, Dr. Duy can provide for her whole family, allowing her to sell her businesses and join Real Housewives. After selling her medical spas, she decided to stay at home with her three children and was able to spend more time with them as well as participate in the show as a result of this. (3)

Today, Jennie Nguyen is a full-time mother of three and a former cast member of “The Real Housewives of Salt Lake City,” which she left when Bravo dismissed her for alleged racist statements.

Jennie Nguyen was a great fan of the first season of the hit reality show before entering the second season. Given that she spends the most of her time at home with her children, the reality star stated that she binge-watched the first season and fell in love right away. When it comes to newest recruits to the Housewives series, it’s reasonable to assume that everyone knows at least one housewife before joining. The one housewife she knew before shooting was none other than Lisa Barlow. Because their sons went to the same school, the real housewife’s integration into the group was simple because she had Barlow to teach her the ropes.

The mother-of-three was recently chastised when her Facebook posts from 2020 began to resurface on social media. During the Black Lives Matter marches, she re-shared and published a plethora of images and memes, which some saw as a hefty toll on Black Americans. “BLM Thugs” and “Violent Gangs” were among the phrases used by the real housewives in memes and photos. She immediately apologized on Instagram when the Facebook postings reappeared, “I want to acknowledge and apologize for my deleted Facebook posts from 2020 that resurfaced today,” she wrote. “At the time, I thought I was speaking out against violence, but I have since learned how offensive and hurtful my words were.” She also captioned the post, “#hateisavirus.”

Fans also petitioned for her to be booted from the program, prompting Bravo to act and dismiss her from the show right away. “We recognize we failed to take appropriate action once her offensive social media posts were brought to our attention. Moving forward, we will work to improve our processes to ensure we make better informed and more thoughtful casting decisions,” the statement reads. (4)

The now-former member has responded to the backlash following her dismissal. She accused her social media staff for publishing the pictures on an Instagram Live on Jan. 26 saying, “I just want you to understand that, during that time, I had a team of people that [were] helping me. Whether they posted [or] I posted, it doesn’t really matter at this point.”

“For me, it’s on my account and I take full responsibility and accountability for what was posted,” she added. “I know I hurt a lot of people. My viewpoint during that time in 2020 was emotional and it brings back a lot of memories during that time when we went through such a tragic, terrible year.” She continued by calling the posts “disgusting” before revealing that she is a “proud” Republican who supports law enforcement. “I want you to understand that my political stance, I still support that. I’m very proud to be a Republican. I am proud to be able to say I have the freedom of speech, too, and to have an opinion.”

“I don’t tolerate violence but I do support my law enforcement. I know with every profession, there’s good and there’s bad. I don’t support the bad. I don’t support the brutality with black people or with any race. But I do support my law enforcement, but that doesn’t make me racist. To support my political stance, that does not make me a racist. I want you to understand that,” she explained. Her apologies and termination came only weeks after she confronted her RHOSLC co-star Mary Cosby about her statement on the show’s Jan. 2 episode that she admired Jennie’s “slanted eyes.”