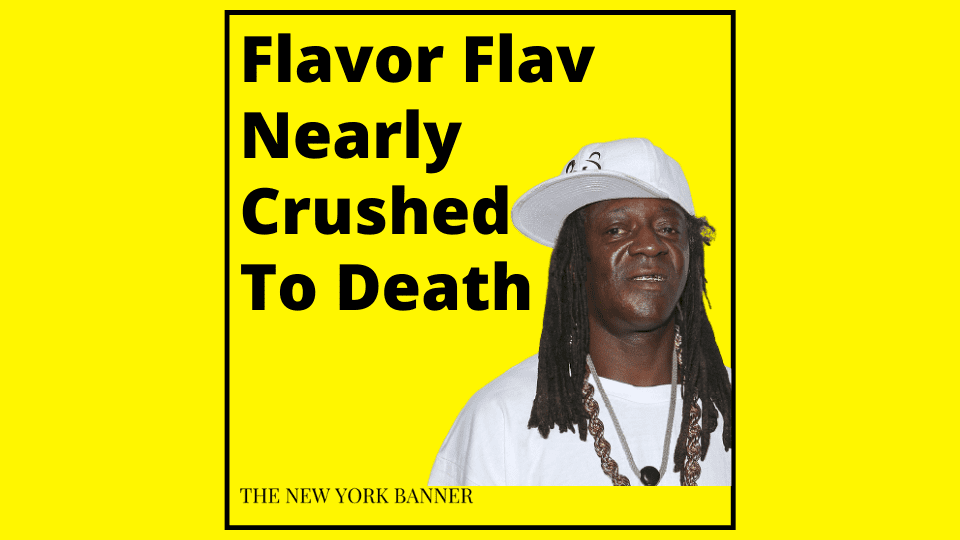 On Tuesday, rapper Flavor Flav was driving from Las Vegas to Los Angeles when a boulder fell down a cliff-side in La Tuna Canyon and landed on the side of his vehicle. He briefly lost control of the car, but eventually made his way back to the road and managed to pull over. His rep told Page Six that the 62-year-old rapper is physically fine, “although [he’s] a bit emotionally shaken up.”

His rep went on to say that “if Flav had just been a few feet in another direction, the boulder would’ve killed him,” adding that the former reality TV star reportedly phoned AAA after making sure he was okay, and the vehicle was taken away, according to TMZ, which broke the story first.

Flav’s white Audi was severely damaged by the boulder, with the majority of the front right side wrecked. He told the outlet that “God is good,” and that he “came very close to death but is super grateful to be alive.” For both offenses, he was fined and ordered to attend DUI classes as well as a victim impact panel.

Sounds like a story someone tells when they are high

Sounds like a story someone tells when they are high https://t.co/ZGAiAavgMQ

This the most final destination shit ..

This the most final destination shit .. https://t.co/xUiCrmdhCb

flava flav and snoop dogg have lived a thousand lives