Elmer Calvin Patterson or also known as “Hank,” was a musician and actor from the United States. He is best known for portraying two recurring characters on three television shows: stableman Hank Miller on Gunsmoke and farmer Fred Ziffel on Petticoat Junction and Green Acres. (1) Patterson was born in Springville, Alabama, the seventh child of insurance agent Green Davis Patterson and Mary Isabell “Mollie” Newton Patterson. (3)  By the 1890s, Hank’s family had relocated to Taylor, Texas, where he spent the majority of his childhood and completed the eighth grade. Hank registered for a World War I draft card in Lubbock County, Texas, in 1917. Patterson intended to be a serious pianist but ended up as a vaudeville pianist. He relocated to California by the end of the 1920s. During the 1930s, Hank began his career as an actor. His first known screen appearance was an uncredited cameo in Roy Rogers’ Western film The Arizona Kid. Despite his celebrity and wealth in the media, Hank Patterson prefers to keep his personal information private. Hank Patterson’s desire to keep family information private is understandable. This may give them a sense of security. Other details include whether he has brothers and sisters and how he recalls his childhood.

Hank Patterson married Daisy Marguerite Patterson, a four-year-old Kentucky native whose parents were both of German ancestry. In the United States, they are listed together. Both the 1930 and 1940 censuses show the family residing in Los Angeles. Patterson’s job is listed as “Actor, Motion Picture Studio & Stage” in the 1940 census. 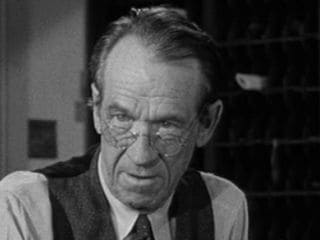 Patterson found plenty of film work, primarily as cantankerous characters such as blacksmiths, hotel clerks, farmers, shopkeepers, and other townspeople, usually in bit roles and character parts in Republic Pictures westerns and then in popular TV westerns such as The Cisco Kid, The Lone Ranger, The Adventures of Kit Carson, and Annie Oakley. He also made brief appearances in a number of Bert I. Gordon sci-fi films, including Beginning of the End, The Amazing Colossal Man, Attack of the Puppet People, and Earth vs. The Spider.

Patterson had regularly occurred with different roles in adult or family TV westerns, including Hank Miller in 33 episodes of Gunsmoke from 1962 to 1973, Death Valley Days with nine episodes, Tales of Wells Fargo with seven episodes, Maverick with four episodes, Cheyenne with four episodes, Wagon Train with three episodes, Daniel Boone with three episodes, The Virginian with two episodes, The Rifleman, Bonanza, and The Virginian with two episodes. Patterson made an uncredited appearance on Lawman in 1959 as a sodbuster. He appeared in three episodes of The Twilight Zone, Perry Mason, Burke’s Law, The Untouchables, Judd for the Defense, My Three Sons, and, later, The Mod Squad, Love, American Style, and Highway Patrol.

Patterson made his first appearance as farmer Fred Ziffel on the popular CBS rural comedy Petticoat Junction in 1963. Green Acres, another rural comedy, premiered on CBS in 1965. The two series were set in the mythical farming community of Hooterville, with characters from Petticoat Junction, including Patterson’s Fred Ziffel, frequently appearing in Green Acres. Patterson rose to prominence on the popular and irreverent Green Acres. Hank frequently appeared in both shows in the same week in prime time in 1965 and 1966, when the two series ran concurrently.

Patterson’s association with the famous character Arnold, the pet pig whom Fred and his wife Doris treated as a son, ensured Patterson’s place in television history. Arnold went to school, watched television, and was a talented artist, pianist, and actor. Except for Oliver Wendell Douglas, he even “talked” in a language everyone in Hooterville seemed to understand. By the time Hank was doing ‘Green Acres,’ Hank was in his late 70s and almost entirely deaf. Still, the producers loved his depiction so much they ended up working around his hearing problem by having the line coach lying on the floor, tapping Patterson’s leg with a yardstick as a sign to speak his line,” according to westernclippings.com “Characters and Heavies” by Boyd Magers. (4)