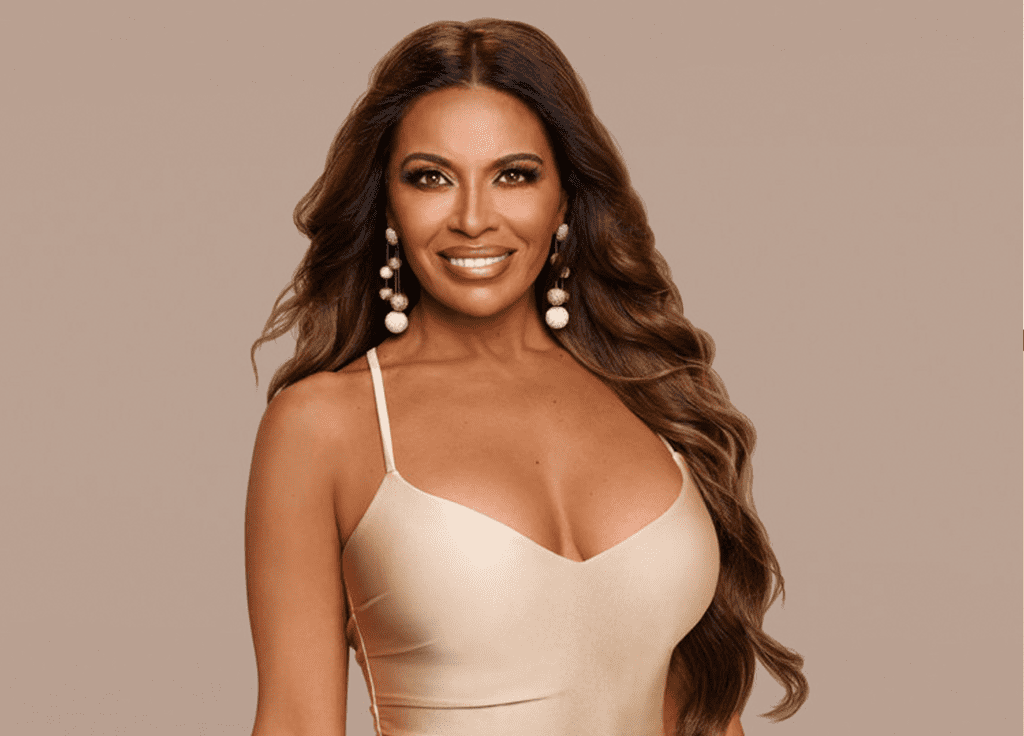 Dolores Catania (née Spagnola) is an American television personality, philanthropist, and entrepreneur who was born on December 28, 1970. She is best known for being a regular cast member of The Real Housewives of New Jersey since the show’s seventh season in 2016.

Dolores Catania is a mother, philanthropist, and entrepreneur who embodies the ideal blend of modern housewifery and traditional values. Dolores has prioritized maintaining a strong family bond with her two children and ex-husband as a hardworking mother. Dolo’s days are spent caring for her rescue dogs and fulfilling her desire to help others. She received the key to her hometown of Paterson, NJ, for her charitable activities in the community, staying loyal to her humble beginnings.

In 2021, Dolores Catania has a net worth of $4 million, but she didn’t always have such a large bank account. Dolores Catania has a long list of successful business enterprises under her belt. Catania, a fitness lover, was a natural fit for a gym business, and she now runs two of them under the Powerhouse Fitness Centers brand. In addition, her time on the show is said to pay her between $30,000 and $60,000 every episode. (1)

Dolores said that she only had about “$500 in my bank account” before joining the show, which isn’t much for a New Jersey Real Housewives star. She had money in investments, mostly her property in Wayne, New Jersey, and the Jersey Shore, of course.

Dolores Catania is 50 years old. She was born in Paterson, New Jersey, on December 28, 1970. Lawrence and Valerie Spagnola are her parents. Her father is a retired Paterson police chief, and her mother is a stay-at-home mom. Laura and Valerie “Val” are her two sisters, while Louis is her brother. (2)

She is of Italian and Irish descent. 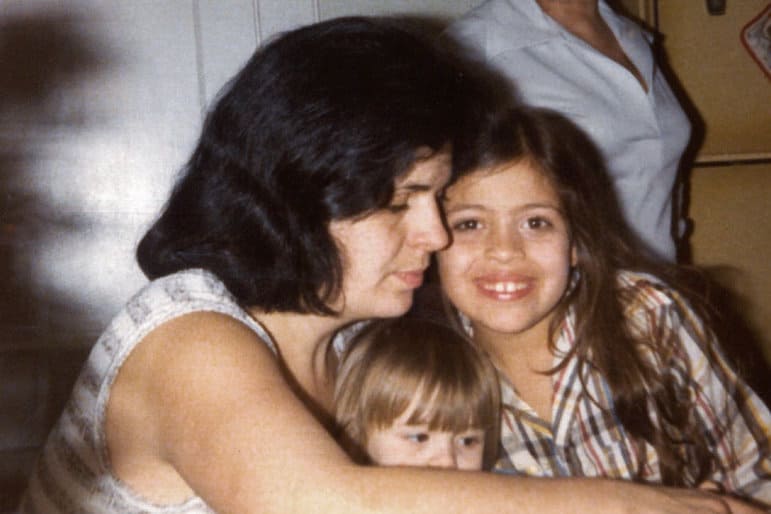 Catania, her brother and sisters, and her Real Housewives of New Jersey co-star Teresa Giudice, as well as Giudice’s cousin and previous cast member Kathy Wakile, were all raised in Paterson.

Dolores claimed in season 11 of The Real Housewives of New Jersey that her parents have remained happily married despite living apart since her father became the Chief of Police of Paterson.

Dolores Catania once expressed her desire to attend college to her father. What was his response? “Haha! Who’s paying for it?” said he. Dolores never earned a formal education and went on to work as a jail officer after graduating from high school. You didn’t have to go to college to be a cop when she wanted to be one. She said that it was a blue collar attitude; you’ll get your pension and benefits, and you’ll know how much you’ll be paid each week. Dolores admired police enforcement and looked up to my father, who rose through the ranks to become Chief of Police. (3)

Dolores openly declares that, despite following an unconventional path in life, including foregoing a traditional college education, she has found empowerment and purpose, thanks in part to her reality show.

Dolores is the mother of two children, Gabrielle “Gaby” (born 1995) and Frank “Frankie” III (born 1998), from her previous marriage to Frank Catania, Catania said that Frank had been unfaithful while she was nine months pregnant with Frankie during her first season as a Housewife, thereby ruining their marriage. Despite now being divorced for 15 years, she and her ex-husband and business partner, Frank, have a better relationship than most married couples. (4)

Her children are in a different situation than the former cop, who never obtained a formal education. Frankie was accepted to Sacred Heart University in Connecticut in 2017, according to the pleased mother. Frankie, Dolores’ son, has graduated from college and is working at a private equity firm while studying for his MBA. Gabrielle, her daughter, completed veterinary school during that time and is now a practicing doctor in New Jersey.

After joining the show, she immediately became a household celebrity, with the audience getting a glimpse into her personal life, which included her two children, ex-husband, and current doctor boyfriend, David Principe. In 2017, she began dating David Principe, a maternal-fetal medicine specialist. Catania’s friend and former co-star Siggy Flicker introduced the two. After constantly refusing to move in with Principe on the show, her connection with him has become a talking point. Fans instantly pointed out that she and her ex-husband shared a home. Despite the drama and breakup rumors, Dolores and David announced in February 2020 that they are still together. Sadly, the couple announced their split in December 2021.

Dolores Catania has met a new man with whom she can be “faithful and lovely.” The RHONJ star, 50, has moved on with Paul Connell after calling it quits with her four-year partner, Dr. David Principe, just last month. Catania previously lamented that she and Principe, 57, seldom saw one other during their courtship, which, much to the dismay of her “RHONJ” co-stars, did not entail an engagement. Catania insisted on the show that she didn’t care if Principe gave her a ring; all she wanted was his attention.

Paul Connell, also known as Paul G Connell, is the president and CEO of Eco Electrical Services LLC and is a New York City citizen. Because he is not as well-known as his partner, he has yet to reveal information about his family and educational history. Paul Connell became famous after Dolores Catania posted a photo of him on Instagram. Most notably, Catania and Connell have been able to bond over their shared passion for philanthropy. Connell’s own philanthropic activities have enchanted Catania, who supports a variety of causes including animal welfare and domestic abuse relief.

Dolores Catania worked as a waitress, a shampoo lady, a correctional officer, a realtor, and a surgical assistant before joining the Housewives. With her ex-husband, she runs a fitness franchise and flips houses. Despite the fact that both of her children are grown, this homemaker is never bored. Dolo’s days are spent caring for her rescue dogs and fulfilling her desire to help others. She received the key to her hometown of Paterson, NJ, for her charitable activities in the community, staying loyal to her humble beginnings. St. Joseph’s Children’s Hospital, Maimonides Breast Center, Halfway Home Animal Rescue Team, Angels for Animals Network, and various local women’s and children’s shelters are among the groups with which she collaborates.

When she joined the police department and became an inmate guard at a correctional facility in New Jersey, she followed in the footsteps of her father. (5)
Dolores found herself working as a surgical assistant once her tenure as a prison guard came to an end, but not just any surgical assistant, but Dr. Bill Aydin, Jennifer Aydin’s husband. She has also appeared in independent films such as Brad Forenza’s Breaking Points.

Dolores said on a podcast with Danny Pellegrino that she knew and worked for Bill Aydin before meeting Jennifer. Dolores’ several employment are thankfully behind her, as she now owns a number of gyms, rental properties, and, of course, stars in the successful Bravo series.

Dolores is a living embodiment of the phrase “Everyone has something to give.” She has also acted in independent films such as Brad Forenza’s Breaking Points.

Dolores Catania has made a name for herself on the Real Housewives of New Jersey. Catania has been a force to be reckoned with since joining the New Jersey cast in season 7, and justifiably so.

At first, Dolores Catania’s entrance on RHONJ was understated. She wasn’t even an official “friend of” the cast, but she was a real-life friend of a handful of them, and she made an appearance that fans remembered. Luckily for her, she was eventually promoted to cast member.

Dolores was offered to join season 1 of The Real Housewives of New Jersey in 2009, but instead chose to make guest appearances as a “friend” of the first wives, and was replaced by Caroline Manzo. She maintains long-standing ties with original cast members Teresa Giudice, Jacqueline Laurita, and Caroline Manzo outside of the show. Catania joined the main cast in season 7 of the show in 2016. Her storylines have primarily focused on her romantic life, relationship with her ex, motherhood, self-discovery, loyalty, and independence since joining the series, and she has been ranked as one of the most relatable housewives and was voted “Miss Congeniality” across the entire Real Housewives franchise by Bravo fans in 2018.

Danielle Staub returned triumphantly to The Real Housewives of New Jersey, but not everyone in the Garden State was eager to welcome her back. Tensions between Danielle and Dolores Catania erupted almost immediately, especially after Danielle told Teresa Giudice that Dolores had been saying unflattering things about her behind her back, which Dolores denied.

Despite not being as immersed in the drama as some of her co-stars, Catania is a fan favorite. However, as the season 11 finale approaches, Catania reveals that after a feud between them arises, she would “get furious.”