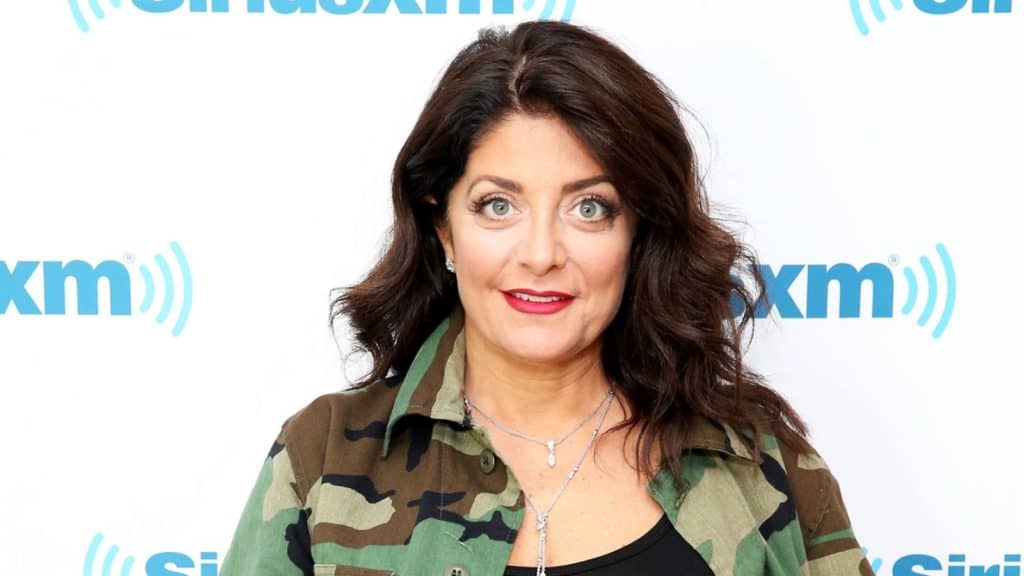 Katherina “Kathy” Wakile is an Italian-American reality TV star who appeared on Bravo’s The Real Housewives of New Jersey.

Kathy and her daughter Victoria routinely take part in activities to raise awareness for brain cancer, an illness that they are passionate about because Victoria has had two procedures to remove a benign brain tumor.

In 2021, Kathy Wakile is a reality television star from the United States with a net worth of $5 million. The majority of it is due to her role as a cast member on RHONJ. They now live in the house they bought as an empty lot for $675k in Frankin Lakes, New Jersey, in 2013. Her salary from the television show The Real Housewives of New Jersey as herself amounted to $600,000. (1)

Her wealth is also increasing from Richard Wakile, her spouse,  who is a gas station owner or operator in New Jersey. She also introduced three product lines, including a cannoli kit for Dolci Della Dea, a ready-to-pour cocktail called Red Velvet Cosmo, which is based on her favorite dessert, red velvet cake, and the jewelry line Goddess Eye Jewelry, which donates a portion of its sales to the National Brain Tumor Society. Wakile is also the author of Indulge: Delicious Little Desserts That Keep Life Real Sweet, a cookbook. This prompted her to launch her own dessert line, Indulge By Kathy Wakile, as well as gluten-free specialty coffees.

Wakile and her husband, Rich, announced the opening of their restaurant in Bergen County in 2017. Pizza Love is a restaurant that specializes in sweets, Mediterranean, and Italian cuisine.

Moreover, Kathy Wakile and husband Rich’s four-bedroom Colonial, near Point View Reservoir that includes a portico next to the heated pool was sold in 2015 with a hefty price of $799,900. They bought the said house in 1993 after their wedding at about $340,000. It gained value throughout the years because of the upgrades and developments that the couple had done.

She’s also a brand ambassador for 90-ball Bingo, thanks to a collaboration with Pala Interactive on PalaBingoUSA.com to promote one of her family’s favorite pastimes.

Kathy Wakile is 57 years old. Wakile was born October 4, 1965 in New Jersey. She has a younger sister, Rosie, and three brothers. Kathy was raised by her parents, Maria Pierri and Anthony Pierri. 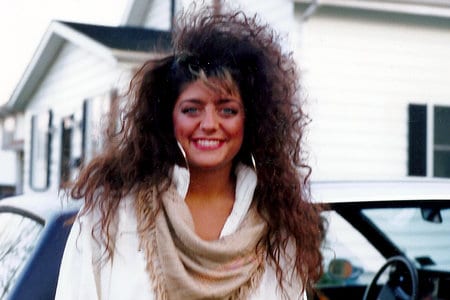 Her parents have three boys, one of whom is Anthony Jr., Joe Pierri, and Ralph Pierri, they were their first three children, followed by Kathy and then a daughter named Rosie Pierri. Kathy’s younger sister, dubbed the “out of the closet” younger sister, is also a well-known television personality. (2)

Unfortunately, her academic data has not been released yet. But, considering that she also works as a culinary professor, it can be inferred that she took a degree related to culinary in college.

Kathy Wakile is a married woman, as many who have watched RHONJ are probably aware. She is currently married to Richard Wakile, a Lebanese-American businessman and reality television star, and they have a happy life together. (3)

Kathy and her husband Richard Wakile married in a private wedding ceremony in front of their friends and family in 1993, according to sources. They dated for a few years before getting married.

Kathy Wakile and her husband Richard Wakile have been married for nearly 30 years and are enjoying a happy marriage. The couple has never been involved in any scandals or been in the news for extramarital affairs.
When it comes to Kathy and Richard’s children, the pair has two of them: Victoria and Joseph.

Kathy and her husband Richard Wakile welcomed their first child, Victoria, after a year of marriage. After two years of waiting, Kathy gave birth to their second child, a male named Joseph.

Kathy Wakile and her daughter Victoria are frequently seen at events to raise awareness of brain cancer and other illnesses that are close to their hearts, as Victoria had two procedures to remove a benign brain tumor.

Kathy discussed her marriage with Rich when she first joined the series in a recent interview with Bravo Insider’s Life After Bravo. “Rich and I quarrel a lot. We just bicker. We’ve been married for 30 years,” she admitted, stressing that she was aware that the public could interpret their relationship in whatever way they wished. When she joined the show, they “made a commitment” about how they would navigate all of that, as well as how their kids would react to the attention.

Kathy and Rich’s daughter Victoria took to Instagram Stories on October 9 to provide a glimpse inside the party, which was held at local wood-fired bistro Brick + Dough. The RHONJ duo ended the night by slicing into a multi-tier cake that looked like a chopped pepperoni pie sitting on top of a stack of pizza boxes, in keeping with the theme. The intricately constructed confection also had a phony check that said, “Happy 30th anniversary!” as seen in the photo. ”

Kathy began her television career in May 2011 and has been working in the industry ever since. In the same year, she joined the third season of The Real Housewives of New Jersey. She rose to prominence after a battle with Caroline and Teresa Giudice. Indulge: Delicious Little Desserts That Keep Life Real Sweet is a cookbook by Kathy Wakile. (4)

The reality show she went on focused on how she dealt with her children as they grew older, and she expressed a desire to open a restaurant someday. Kathy made an appearance in the show’s fifth season. She stated that she would not return for the sixth season, however she later made appearances.

She introduced three product lines from the day she joined the show, including Dolci Della Dea, Goddess Eye Jewelry, and Red Velvet Cosmo, in addition to being a television personality. The National Brain Tumor Society receives a percentage of the proceeds from the jewelry line. Kathy Wakile was the winner of a nationwide taste competition at one point.

Kathy revealed in May 2017 that she and her husband would be starting a restaurant in Bergen County, New Jersey. Her business specializes in pizza, Italian, Mediterranean, and sweets, and it launched in September 2017.

Since her days as a cast member on The Real Housewives of New Jersey, she has kept herself occupied. Kathy is currently teaching culinary arts at Remington College in Memphis, Tennessee. Kathy went on to say that she is particularly enthusiastic about the possibility since it allows students to pursue a job without having to complete a regular college curriculum.

Today, Kathie Wakile, one of the Real Housewives of New Jersey’s stars, is a home cook, a loving wife, a caring mother, and a kitchen enthusiast. Katie is an Honorary Professor and Ambassador Chef at L’Ecole Culinaire, an ACCSC-accredited culinary school with degree and certificate programs.

On her first season, Wakile gets thrust into the heart of a feud between her cousin Teresa Giudice and her cousin-in-law Melissa Gorga. The show focuses on Wakile’s parenting and her desire to operate a restaurant one day. Wakile had a quarrel with Caroline and Teresa in Season 3. Wakile only has a conflict with Teresa in Season 4. Rosie, her gay sister, has also been on the show and garnered a following as a result of her narrative of being different and coming out. Wakile made an appearance in the show’s fifth season as well. Wakile was announced in May 2014 that he would not return for the sixth season of the show, although he did make appearances during the season and in the same capacity for the seventh season.

Wakile’s remarks at the season 4 reunion have left a lasting impression on Giudice.

Wakile, who was then a full-time cast member on RHONJ, referred to Giudice’s father as a “coward” and Giudice’s mother as a “f—— liar” while the two cousins fought about family turmoil.

While still at the reunion, Wakile apologized for her statements, which Giudice accepted. Even after all these years, Giudice still harbored a grudge. She argued, “Blood doesn’t talk like that.” “I didn’t go into that much detail with their father.” So, why did they become so personal with my father? ”

Giudice seemed to forget that she, too, had said painful things to Wakile and Pierri, implying that her father “was there more for them than their own dad” in those comments.

“Teresa is upset with Kathy for everything Teresa has done to Kathy,” Jacqueline Laurita explained. They’ve both made remarks about the parents of the other.”

There was also the fact that Wakile and Pierri’s mother – as well as Giudice’s aunt – had gone on RHONJ and spoken out about Giudice’s legal woes. “I always reminded my kids that if you do anything wrong, you pay for it,” she stated at the time. “You’re never going to get away with it.”

Richie, Wakile’s spouse, has also been a major issue for Giudice. “Every time I’m in the presence of your husband, he always has something nasty to say,” Giudice observed. “Rich threw my cookbook in the garbage. Doesn’t he feel anything? ”

Teresa Giudice and Melissa Jorga were recently referred to as “farm animals” by Teresa’s nephew Joseph. While explaining why the Real Housewives of New Jersey members were omitted from his sister Victoria’s wedding over the weekend, Kathy Wakile’s son took aim at them.
Victoria’s magnificent wedding to Teddy Kosmidis was marred by Teresa and her sister-in-law Melissa’s absence.

While responding to an Instagram story about their absence, Joseph slammed his relatives. “Lmao, we cut those farm animals out of our lives years ago, so they weren’t in attendance,” he wrote.

Teresa and Kathy had been estranged for years after the cousins spat accusations about each other’s families.

Teresa Giudice and her family’s quarrel will live on in the minds of RHONJ viewers. To her chagrin, her cousin Kathy Wakile, as well as her brother and sister-in-law Joe and Melissa Gorga, joined the performance. While Giudice tried to mend fences, the Gorgas and Wakile remained close. Wakile and the Gorgas have broken up, and the reasons for this are different for the cousins. Wakile first appeared on the show in season three. Both Wakile and Giudice agree that they were previously as close as sisters, but their relationship on the program became distant for unexplained reasons at the time.

Despite this, Wakile attempted but failed to repair the relationship with Giudice. Wakile was accused by Giudice of being passive-aggressive and meddling with her brother’s relationship. Wakile, on the other hand, claims that she made every effort to arbitrate between the siblings.