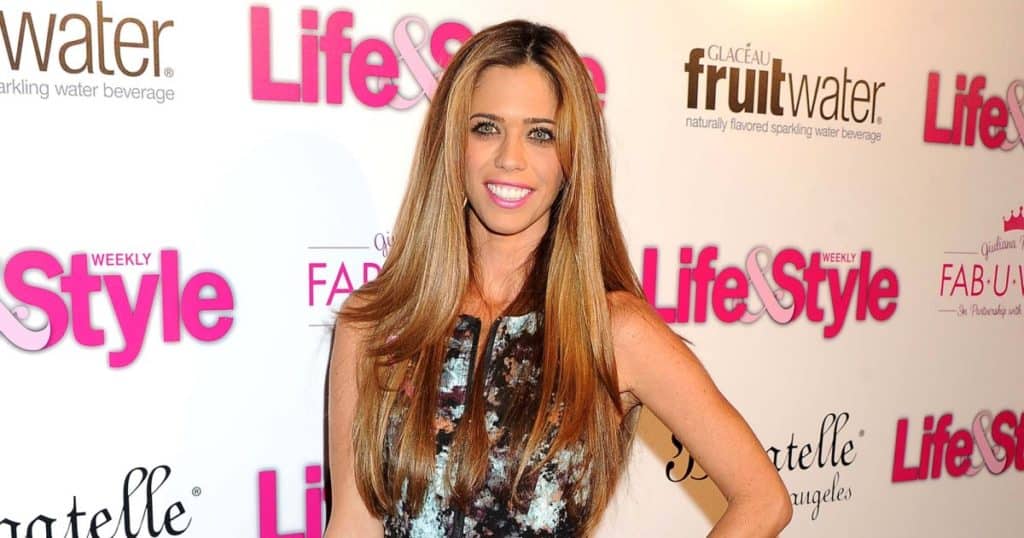 Lydia McLaughlin is a well-known reality star who was born in Canada on March 10, 1981. On the eighth season of The Real Housewives of Orange County, she joined the cast and was prominently known as an entrepreneur and multimillionaire. She was also the editor-in-chief of a magazine in Southern California. Lydia is a jack of all trades and is also a published writer.  Beyond Orange County, her memoir, was published in 2017.

Lydia is the granddaughter of Canadian media magnate Geoff Stirling, who is best known for founding NTV, Canada’s first 24-hour television network. Lydia and Doug McLaughlin have already been married for 15 years, having tied the knot on April 30, 2006. Their three sons, 8-year-old Stirling, 6-year-old Maverick, and 2-year-old Roman, live with them in Newport Beach.

As of 2021, Lydia Stirling McLaughlin has a net worth of $20 million and is an American jewelry designer, magazine editor, heiress, and reality TV star. Her wealth has greatly increased due to her work through her own successful jewelry line and work as a managing editor of Beverly Hills Lifestyle magazine, co-founded by her husband. (1)

Lydia is rumored to take home a whopping $30,000 per episode of Real Housewives of Orange County. Moreover, she’s believed to earn $2.6 million annually, $216,666.67 monthly, and $50,000 weekly. There is no doubt that Lydia is living a very comfortable life with her wealth.

Lydia McLaughlin was born on March 10th, 1981, in Canada. She is the granddaughter of Stirling Communications International founder Geoffrey William Stirling. Stirling International is the biggest 24-hour radio station in Canada.

Lydia McLaughlin’s family relocated to La Jolla, California, shortly after she was born. Lydia’s parents have been dubbed “hippies” by their own daughter since they spent her childhood traveling to far-flung destinations. 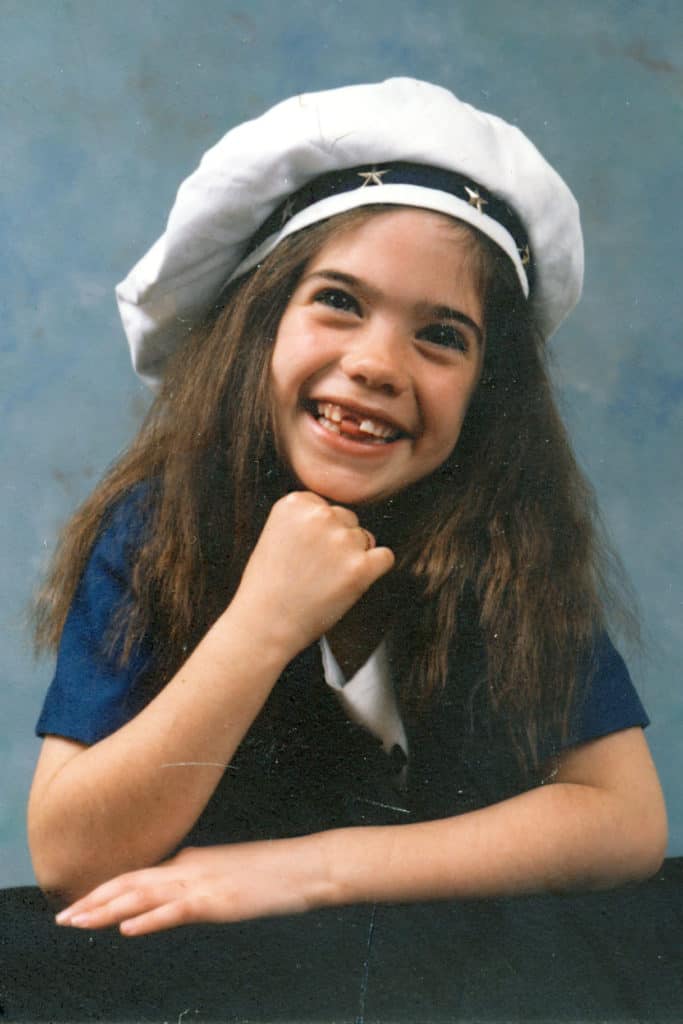 Lydia, whose maiden name is Stirling, is the next in line to inherit their parents’ interest in Stirling Communications International, along with her brother Jesse (SCI). Following her grandfather’s death, the former RHOC star opened up about how she learned from her grandfather. The senior Stirling was certain to pass on not only his money but also his work ethic to his grandchildren.

Lydia’s father Scott – more so than her mother Judy, a former Playboy star – seemed to be grooming their grandkids in the same way that her grandfather had trained her, adding that her parents are very engaged with her children’s upbringing. (2)

She attended the University of San Diego after graduating from La Jolla public high school. She lived at Mission Beach while attending USD. Lydia was also an Alpha Phi sorority member.

Lydia McLaughlin went straight to work after graduating from the University of San Diego in 2003. Her educational background and natural abilities have proven to be extremely beneficial to her family’s business.

Lydia McLaughlin married her husband Doug on April 30, 2006. They are still married and frequently work together on business initiatives. Stirling, Maverick, and Roman are their three sons. According to Lydia herself on a series of Instagram stories, the pair met right after she graduated college, noting that she was only 21 years old at the time and he was 23, then dated for 3 years before deciding to get married.

Lydia co-owns an art gallery in Laguna Beach called SKYLAB Modern Art with her husband Doug McLaughlin. SKYLAB Media is run by the husband-and-wife team. This is due to the fact that her husband is the founder and CEO of SKYLAB Media Group, where he has worked for the past 14 years. It is a design agency situated in Orange County that specializes in online design, marketing, video, and print. Doug is said to be one of the co-founders of Beverly Hills Lifestyle Magazine, where Lydia is the editor-in-chief.

When a fan asked Lydia how she and Doug had managed to stay married and in love after all these years, Lydia said that she married a “decent man” whom she loves, adores, and respects, and that the two of them prioritize their marriage by going on dates and being each other’s best friends.

Lydia also stated that she and Doug work well together and share similar interests. This Instagram stories alone quashed the rumors surrounding the couple’s impending divorce. (3)

The Canadian-born heiress socialite, who shares her parents’ multimillion-dollar business with her brother, doesn’t want her mother and father’s success to overshadow her own. She is, to her credit, as self-made as they come.

Lydia McLaughlin went straight to work after graduating from the University of San Diego. Lydia M Designs is a jewelry firm she founded. She was also employed by her grandfather’s firm. Even though she was practically always busy, she made it a point to attend church every Sunday.

Lydia is a prominent campaigner against human trafficking and is involved in various philanthropic initiatives and media appearances in the United States. She is very kind, donating 10% of her earnings to ISANCTUARY, a non-profit that provides rehabilitation for human trafficking survivors.

The majority of her business ventures are managed in collaboration with her husband of 12 years, Doug McLaughlin, and other members of her family.

Lydia draws inspiration from her experiences as a world traveler for her jewelry business, which is made entirely in California and includes Puppy Bling dog necklaces. The Himalayas in India, the Italian Mediterranean Sea, the French countryside, and, of course, her hometown of Laguna Beach are among her most inspiring vacation destinations.

And as for the Beverley Hills Magazine, she founded the Magazine and has been its editor since its inception in 2008. Lydia ran it for a while with her husband before he moved on to explore other interests.

She was already involved in the Southern California Luxury Men Lifestyle Magazine with her husband Doug before joining the Season 12 Bravo series, which focuses on male interests such as food, arts and culture, excursions, vacations, and fashion.

Today, Lydia McLaughlin is also notable for her work on Tamra’s OC Wedding (2013), The Real Housewives of Orange County (2006) and What’s Up Orange County (2011). She also had just recently released an online series with her mom in collaboration with Bravo. (4)

In 2013, Lydia McLaughlin made her first appearance on Real Housewives of Orange County. Her work ethic and pleasant personality made her an instant sensation with viewers. Her calm demeanor was frequently praised by viewers as a breath of fresh air. However, due to the stress, she quit after only one season. Lydia returned to the show in 2017.

Lydia was a full-time cast member on The Real Housewives of Orange County from Seasons 8 through 12 after being recruited on as a friend of former cast member Alexis Bellino.

Viewers praised her for her genuine and humble demeanor in her performance. Her performance re-defined the show, which is known for extravagant displays of riches by cast members. She came across as a breath of new air to viewers since she was more genuine and modest. During an interview, this successful entrepreneur and mother of two (at the time) revealed that she had to leave the show in order to give birth to her third kid and to focus on other family matters. She was also taken aback by the show’s continual backstage drama and the constant arguing between the cast members and their children. She felt all of the drama to be too much for a woman with such a calm demeanor.

Lydia stated in February 2018 that she was departing the show for the second time after her return in Season 12. She decided to leave following a familial vote due to some of the negative publicity surrounding the show, and she also needed to focus on operating the Nobleman Magazine, which she co-founded with her husband Doug McLaughlin. After departing, the 36-year-old claimed that she never intended to pursue a full-time job on the ‘Bravo Series’ and that she felt compelled to do so, despite the fact that it was a difficult decision for her to make.

Lydia had a feud with co-cast mate Meghan King Edmonds during Season 12 of ‘Real Housewives of Orange County,’ over what she called Lydia’s apparent contempt for her friend Mystic Michaela. Lydia, Meghan claims, did not treat the psychic medium with respect and publicly questioned her Christian beliefs. Lydia claims she treated Michaela with the same respect she would any other human being, but she refused to participate in Michaela’s Psychic activities. The two eventually came to an agreement and reconciled.

Lydia’s departure comes only days after Meghan King Edmonds announced her departure from RHOC after three seasons on her blog. Lydia had just opened up about her potential return to The Real Housewives of Orange County during a chat with her online audience members on Instagram, telling those listening that she is not at all open to returning to the show. (5)