What Happened to the Last Season of Attack on Titan? (Season 4) 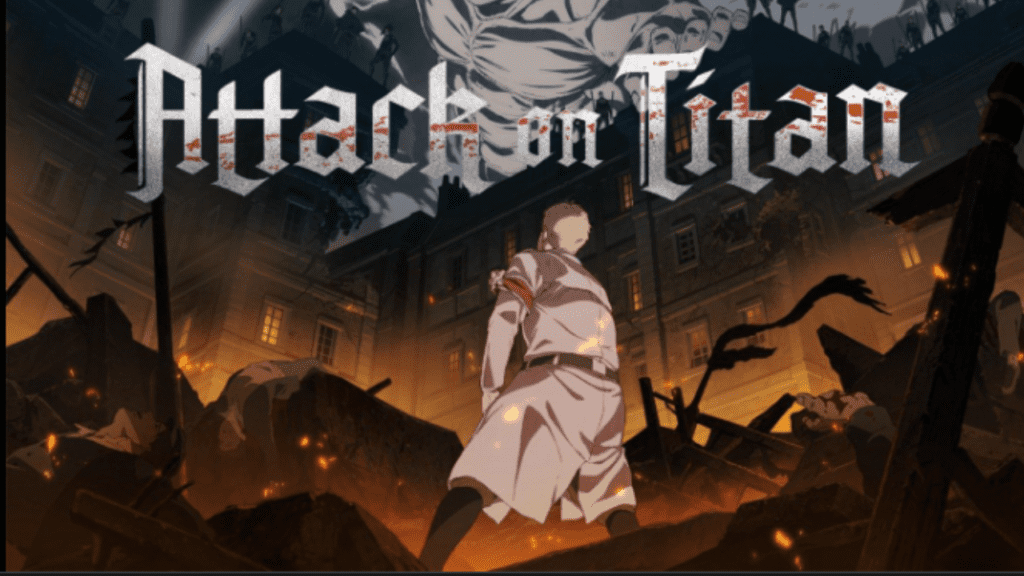 To end the conflict between the Marleyans and the Eldians, the troops of Paradis engage in combat with their oppressor, Marley, in the Attack on Titan Season 4. To eliminate his foes, Eren embarks on a path of destruction.

Cast of Attack on Titan Season 4

Episode1: The Other Side of the Sea 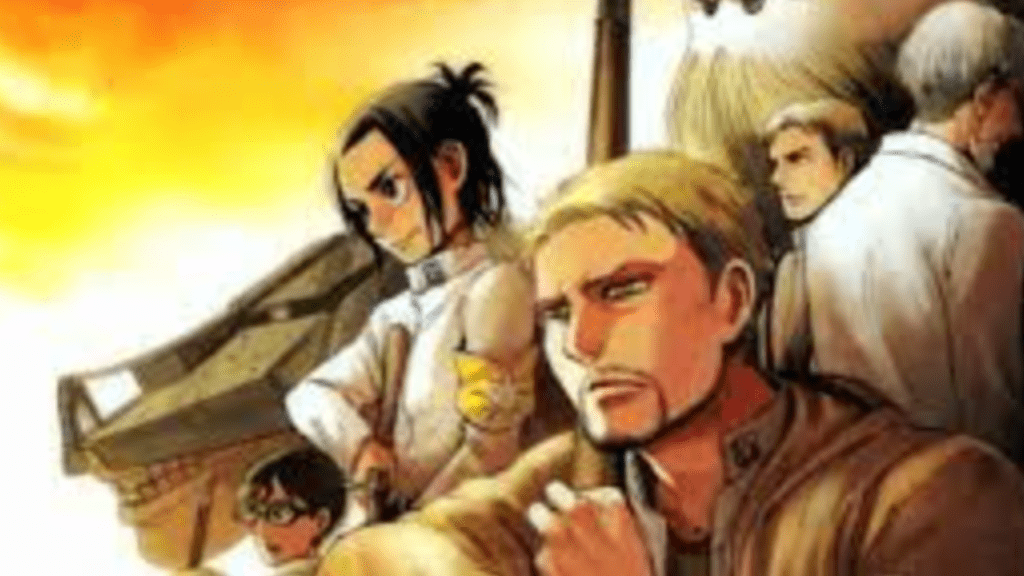 Many Warrior contenders are vying to succeed the Armored Titan as Marley engages the Mid-East Alliance in combat to end a four-year conflict. 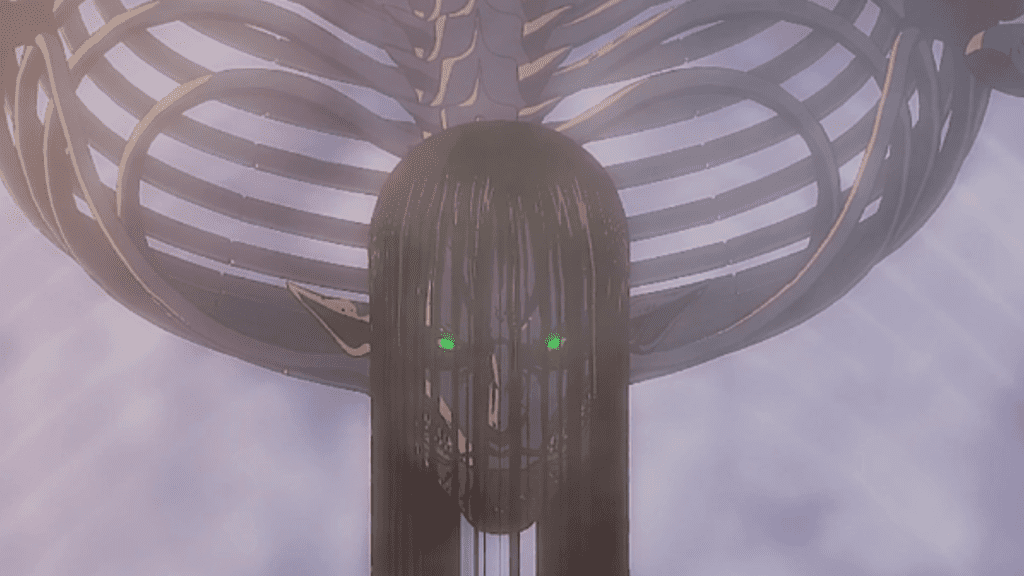 The Eldian Warriors and Marley brass, while happy that the conflict is done, are aware that neither has a future until they complete the task of recapturing the Founding Titan.

Episode 3: The Door of Hope 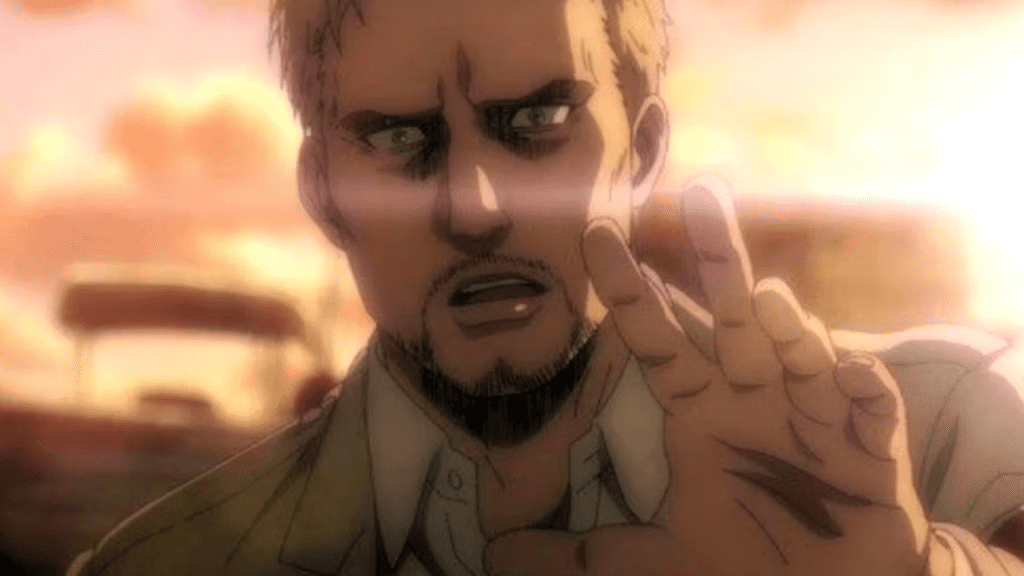 Reminiscences of Reiner’s hard existence in the past and his desire to become a Marleyan Warrior for his family’s honor.

Episode 4: From One Hand to Another 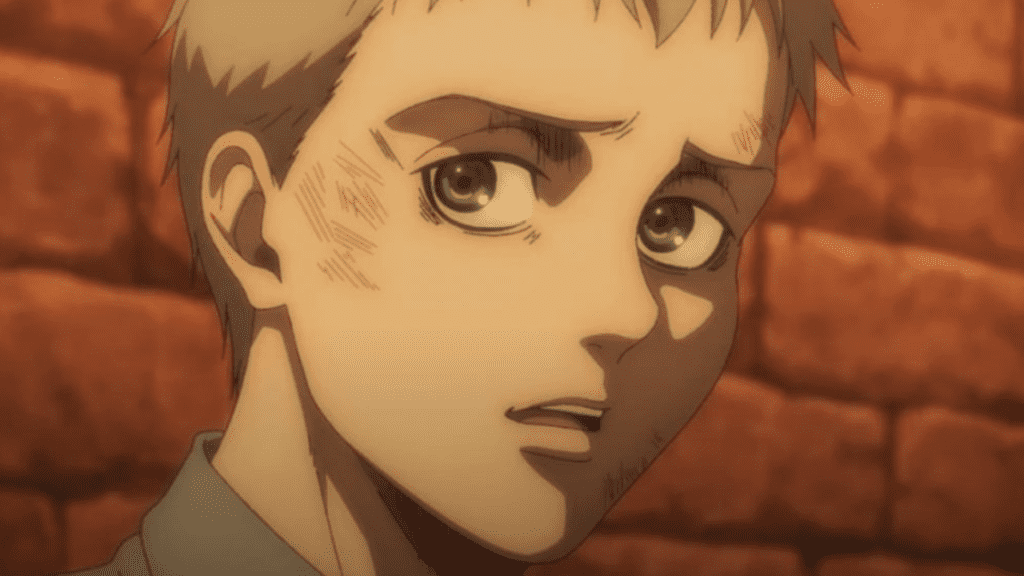 The Marleyan military is rattled by a surprise visit from the Tybur family. Falco (Bryson Baugus) facilitates the reunion of two former allies while smuggling letters for a pal. 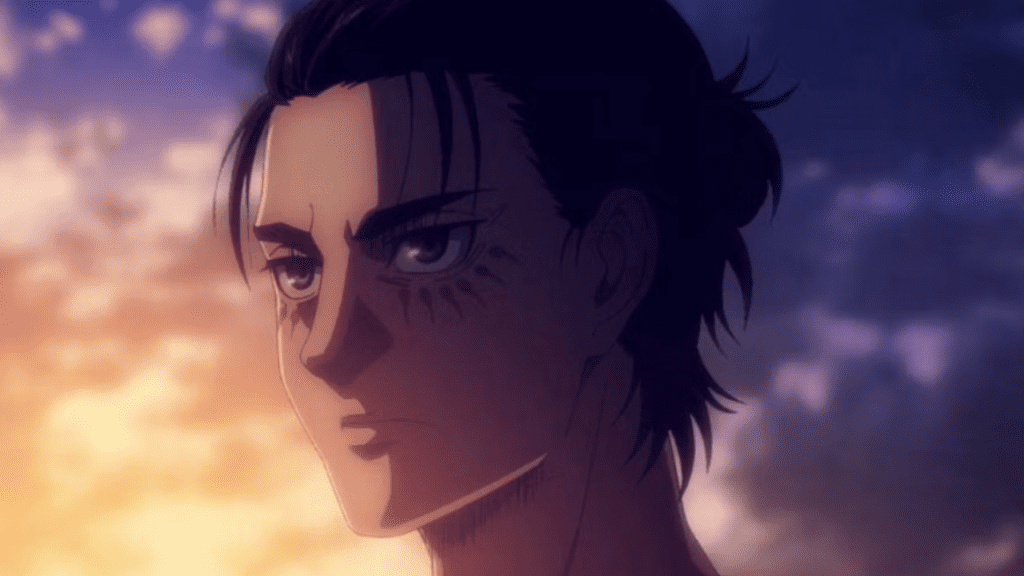 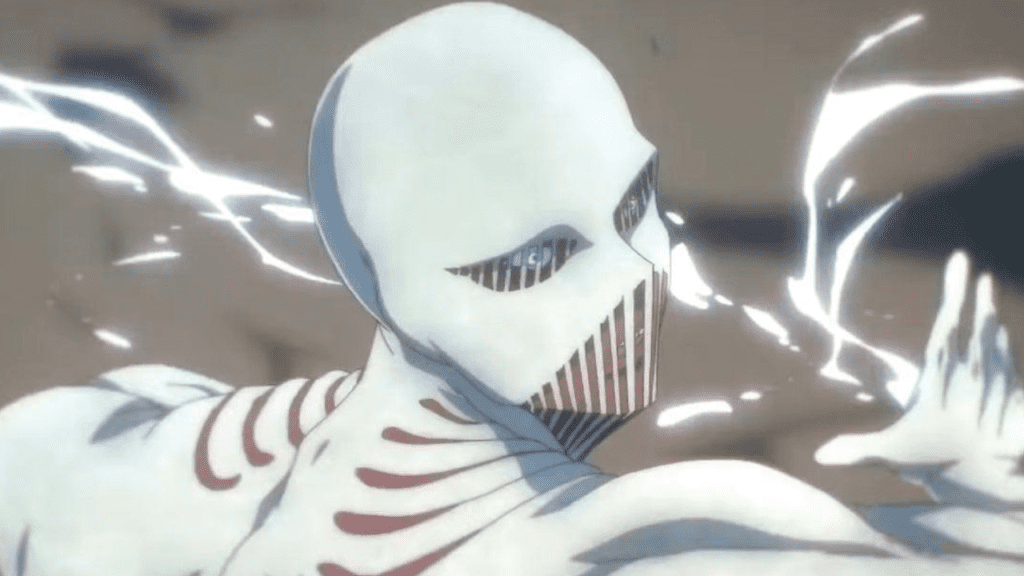 Several individuals are crushed to death as the Attack Titan rampages. The War Hammer Titan emerges to confront Eren in the midst of all of this. 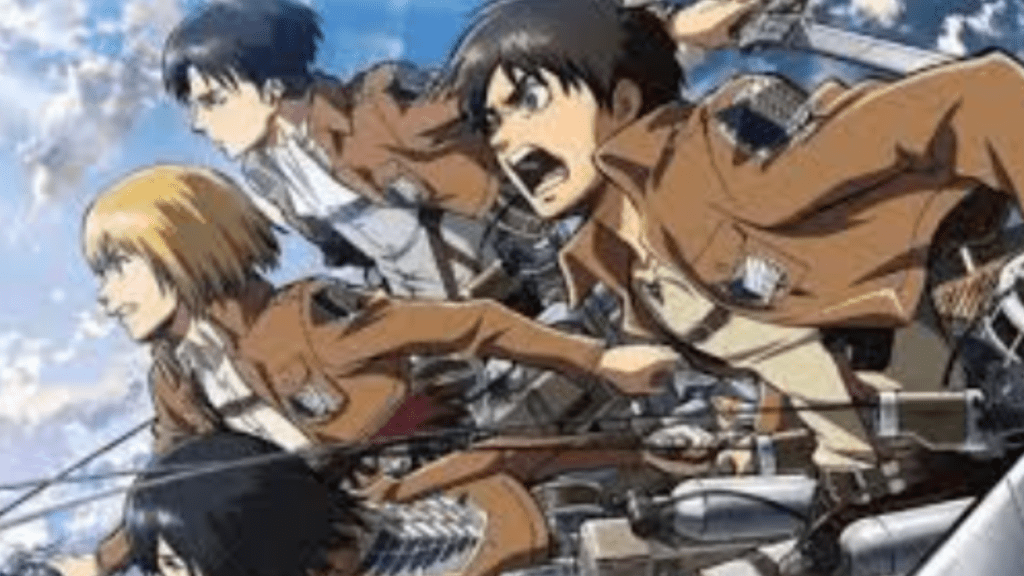 Another party attacks Marley’s Forces, pushing the battle’s momentum into a more catastrophic conclusion as the conflict between Eren and the warriors continues to flare. 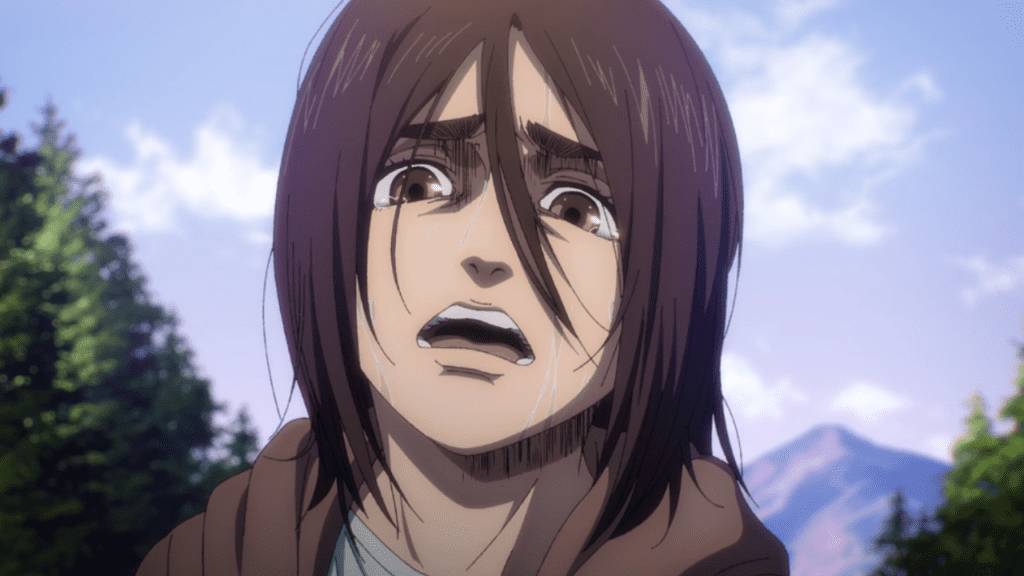 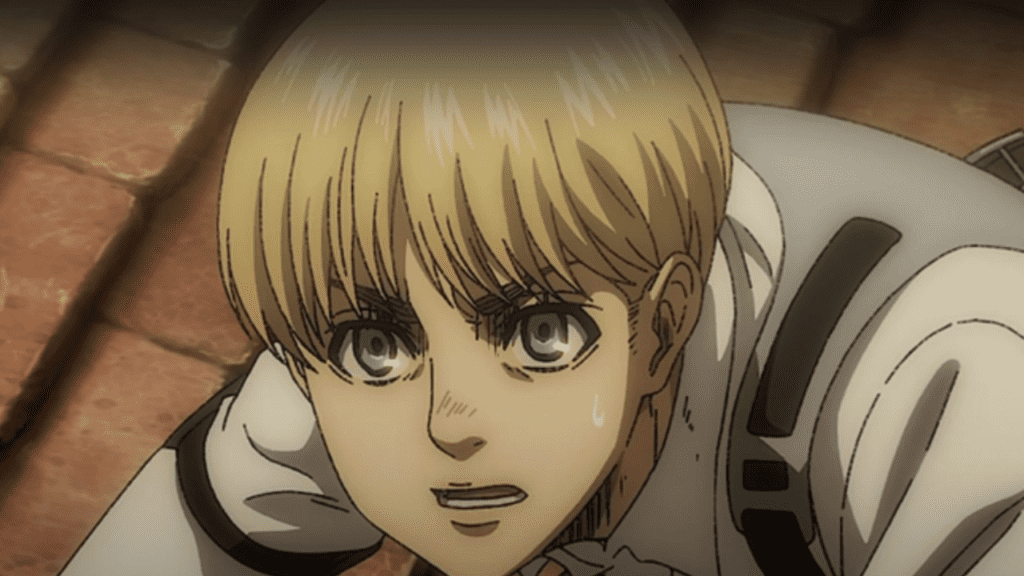 Armin (Josh Grelle) thinks back to meeting the volunteer troops who helped change their world as Paradis copes with the fallout from the raid on Liberio.

When their first guest arrived two years ago, Paradis island was surprised to see one of their own. In a three-part strategy to safeguard Paradis, getting their assistance will be crucial. 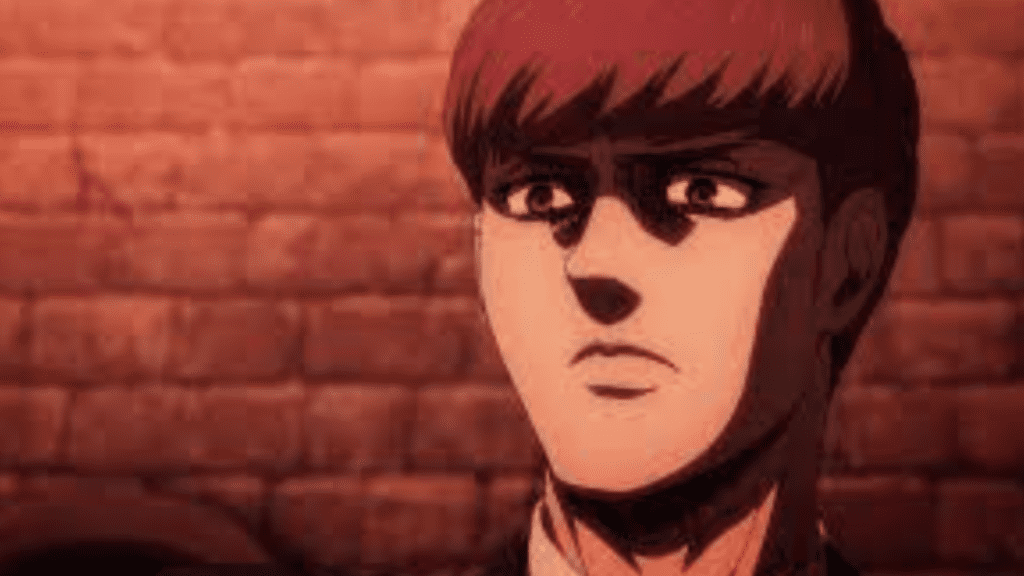 Falco Grice and Gabi break out of jail. They get assistance from none other than the devils they hate since they have no idea where they should go. Floch’s (Matt Shipman) thoughts are rerouting in the meantime. 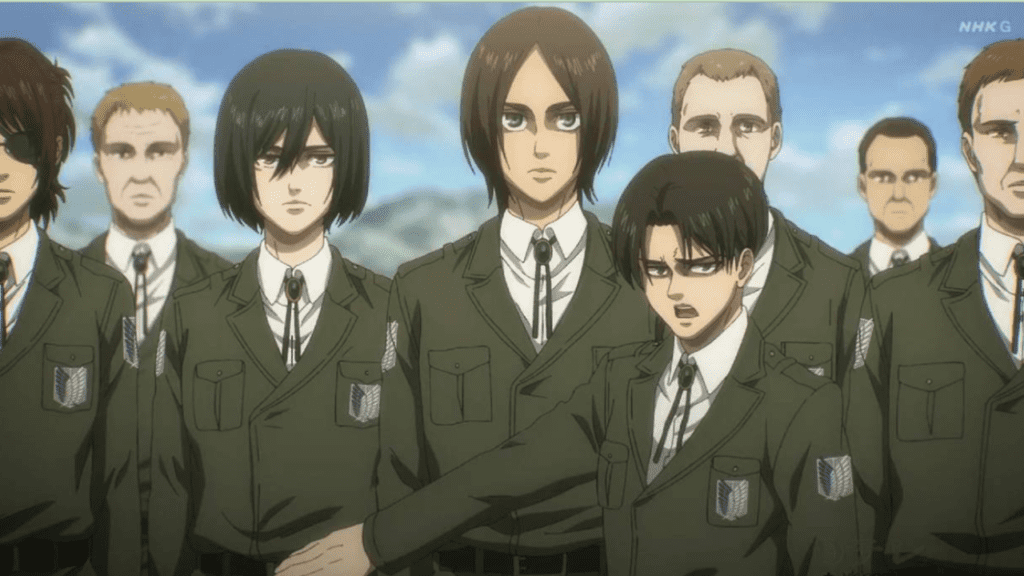 The Military Corps is shaken by a recent turn of events. Eren starts carrying out his plans for Paradis while chaos reigns.

Episode 13: Children of the Forest 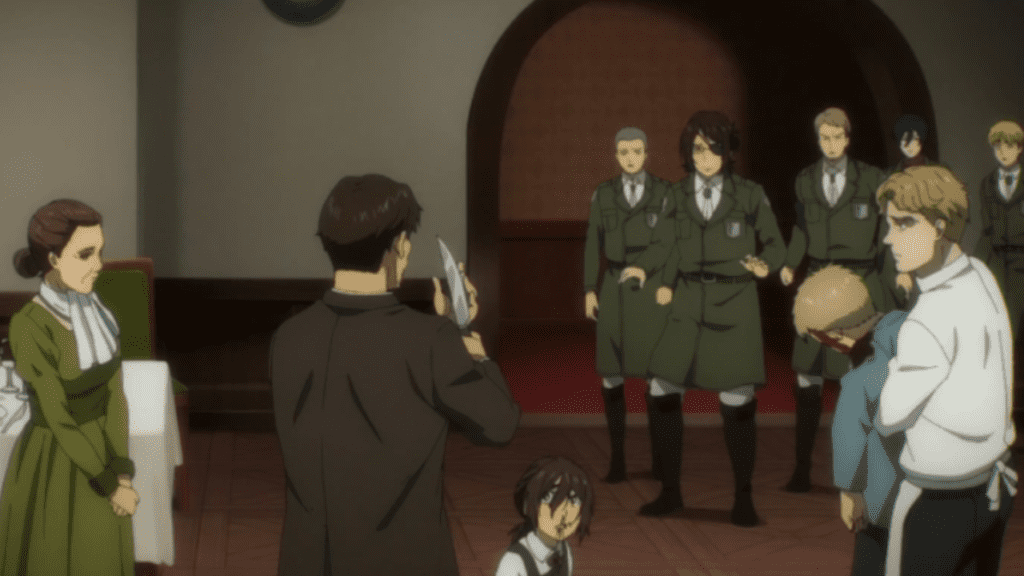 A fellow Marleyan who is shocked to discover Warriors candidates is sought after by Gabi and Falco. The reality of what occurred at Ragako might provide some insight into Zeke’s (Jason Liebrecht) covert strategies. 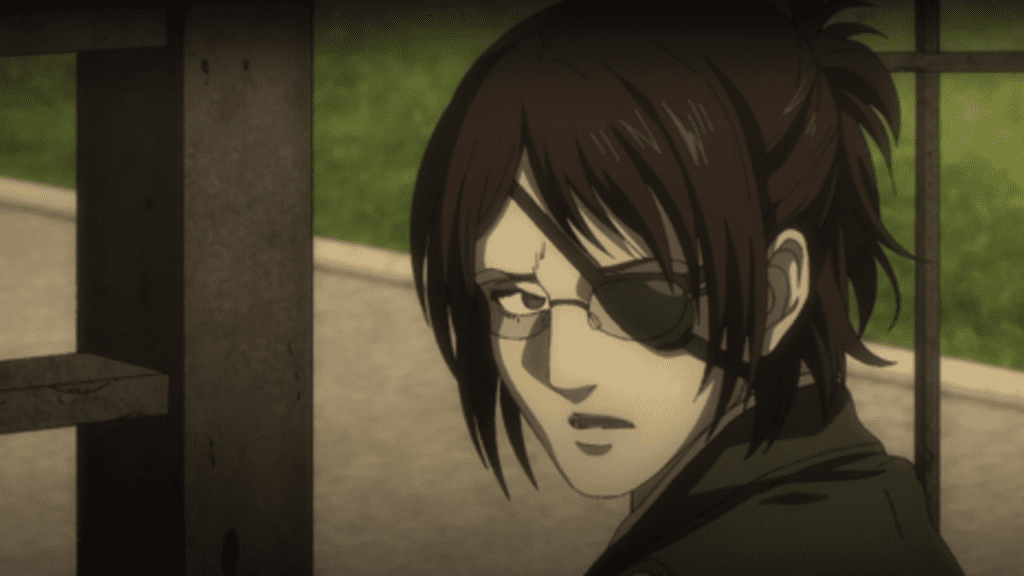 Hange (Jessica Calvello) and the rest are captured by the Jaegerists. Eren declares that he wants to discuss while gazing intently at Mikasa and Armin. Zeke Yeager is pressed by Levi (Matthew Mercer). 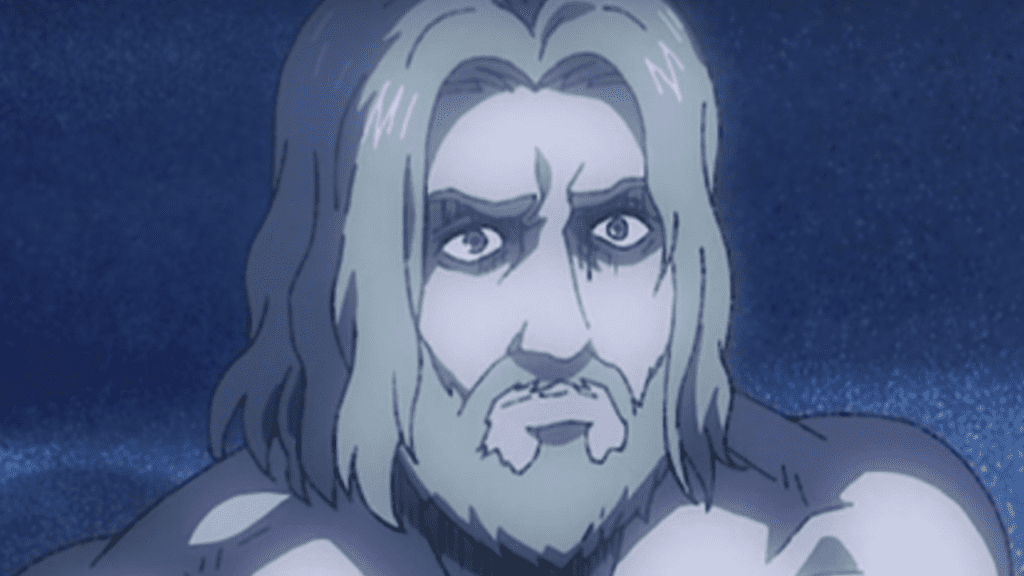 Zeke’s journey to becoming a Warrior is revealed via looking into his background. An accidental acquaintance he established when he was young inspired him to end the misery of all Eldians.

Episode 16: Above and Below 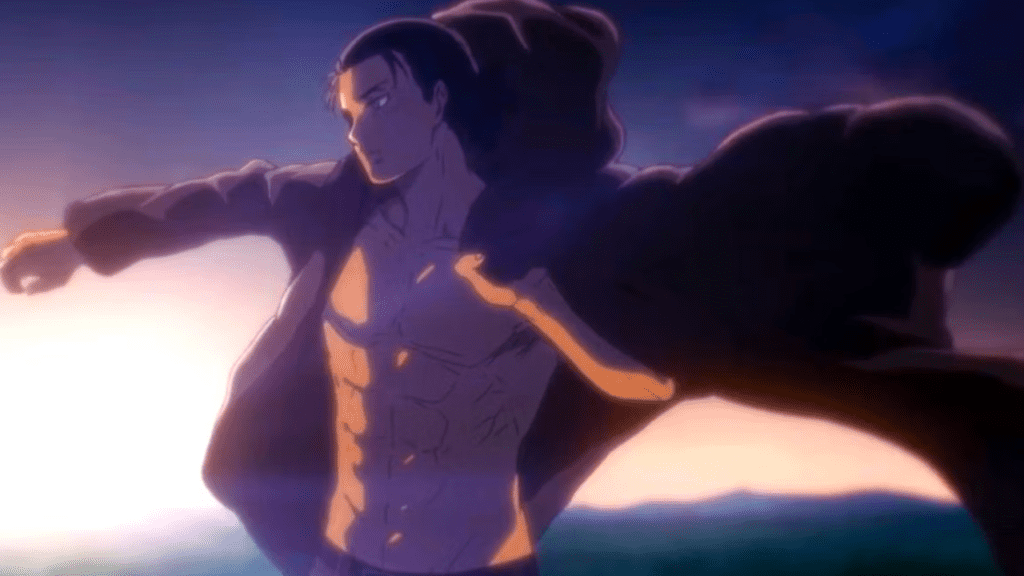 Zeke’s grand scheme is made clear now that the Jaegerists are in command. However, before it is implemented, Eren recruits assist in driving out any intruders that may be present. 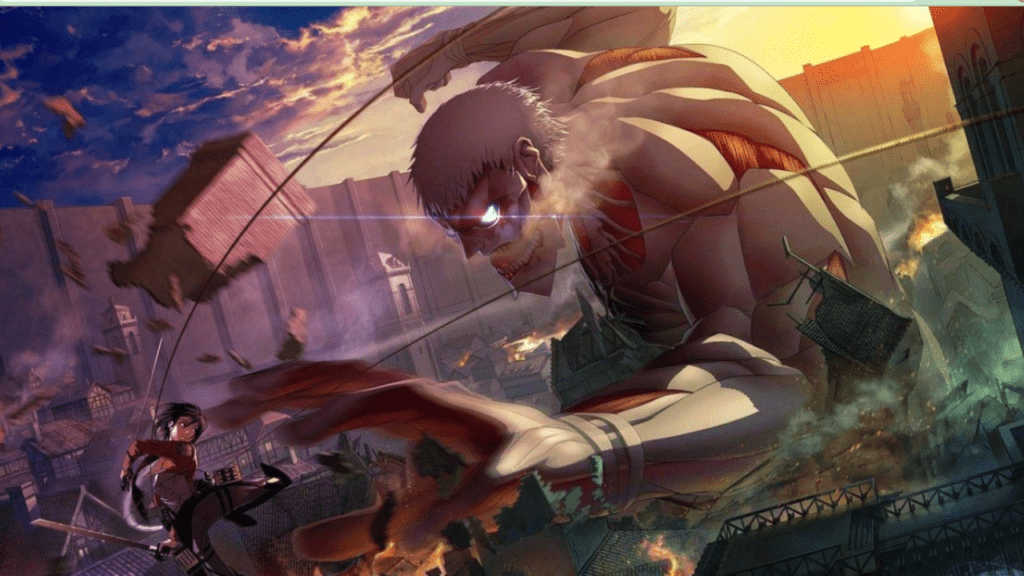 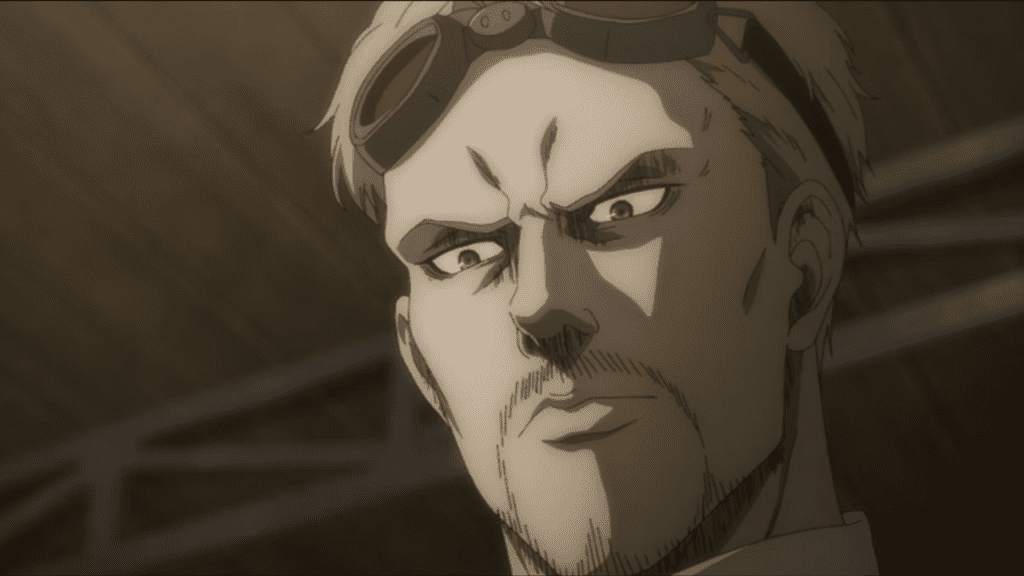 Although the Beast Titan enters the battle, Commander Magath (Neil Kaplan) is committed to eliminating him. Colt (Griffin Burns) and Gabi rush to save Falco, who is being held captive by the Jaegerists, as the city is engulfed in flames. 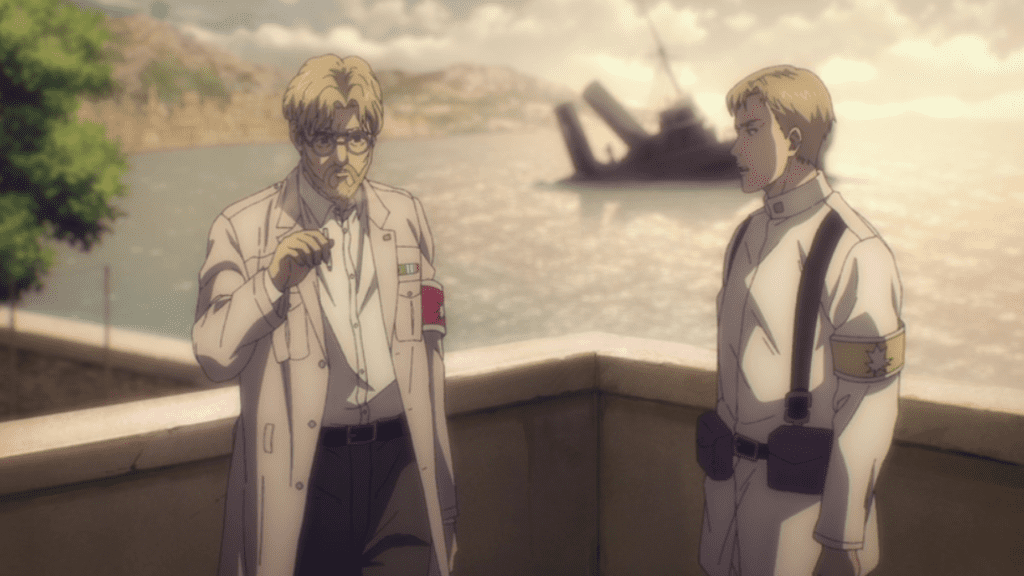 Colt begs Zeke to refrain from using his scream to transform Falco into a Titan. While Eren tries to contact his brother, troops and Titans are engaged in combat.

Episode 20: Memories of the Future 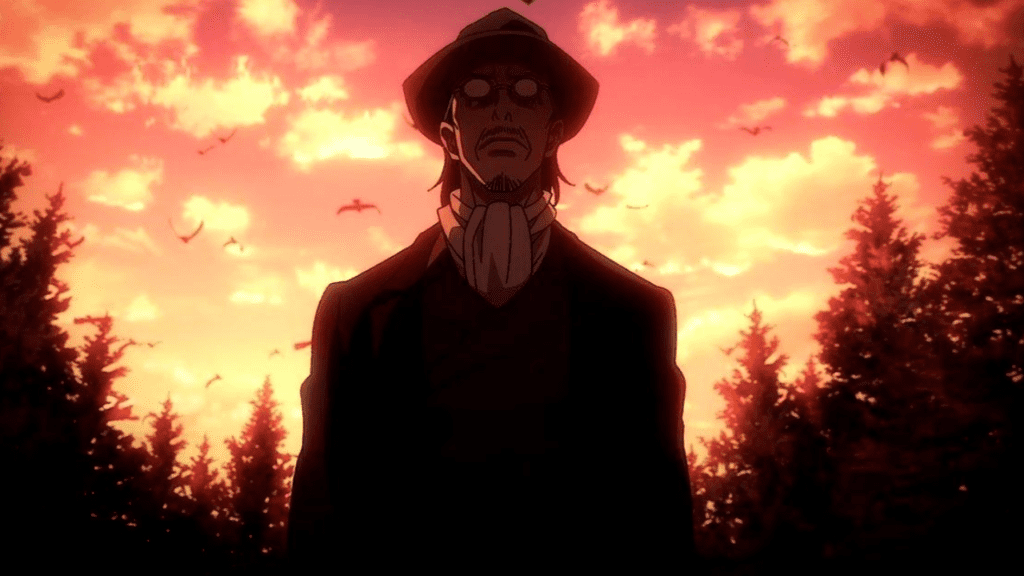 To demonstrate how Grisha (Chris Hury) has been brainwashed, Zeke walks Eren through his recollections. However, Zeke learns a new fact about Eren due to his actions. 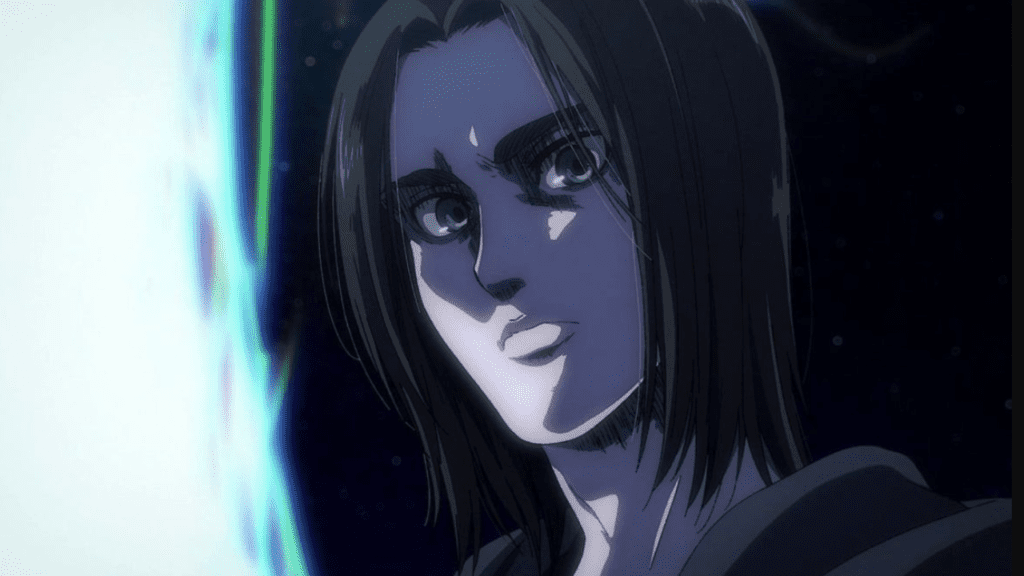 While Ymir (Elizabeth Maxwell), the founder, reveals her terrible past and innermost secrets within the walls, Eren and Zeke argue over the integrity of their principles with their conflicted ethics and shattered emotions. 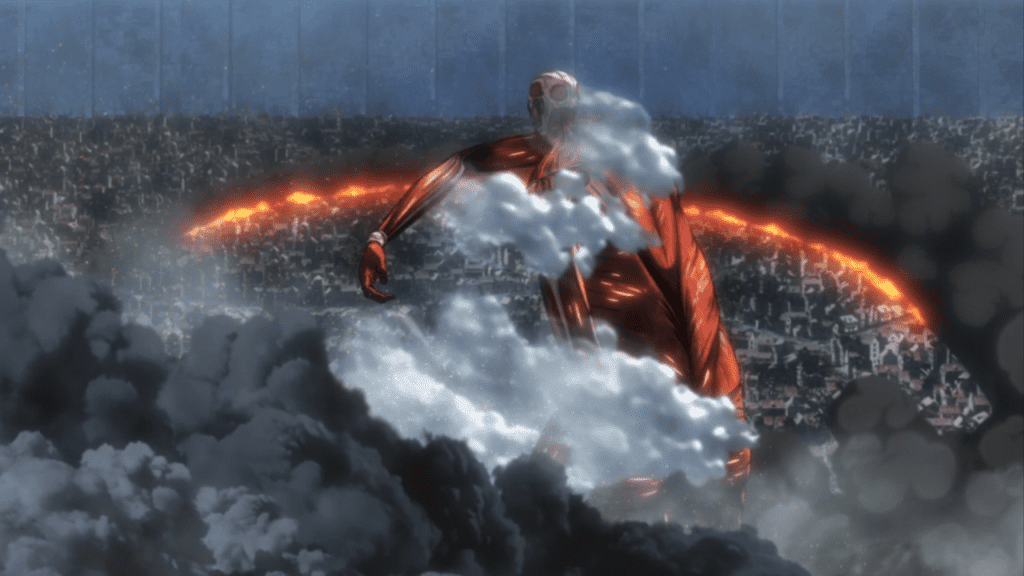 The Scouts must fight their old allies because the island has no defenses, and Shiganshina is teeming with Titans. Despite it all, Gabi is committed to finding Falco and saving him at all costs. 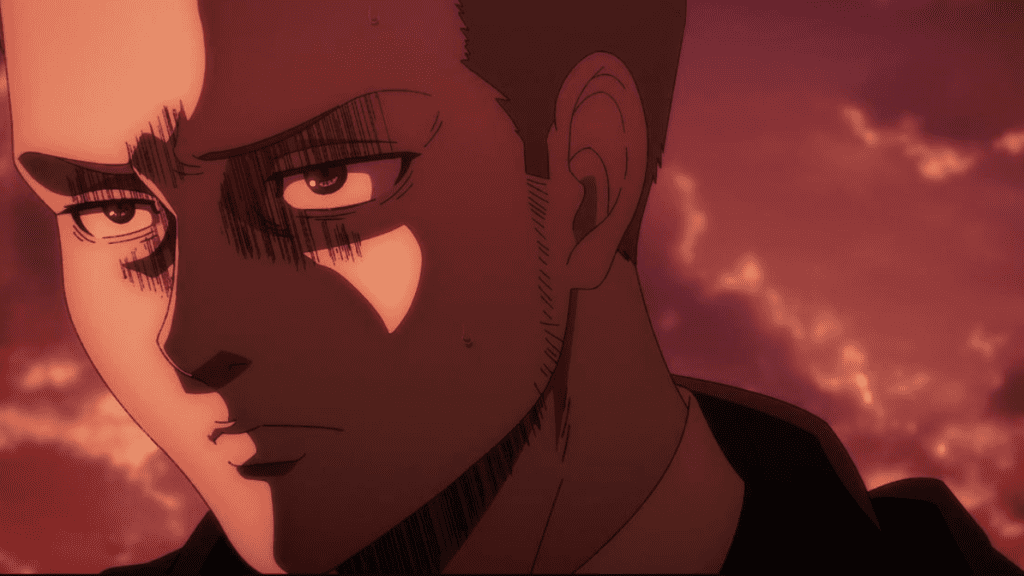 Once all hardening has been undone, the Rumbling is set into motion, but Annie is also set free. Conny Springer (Clifford Chapin) rushes to Ragako to feed Falco to his Titan mother as the Jaegerists seize control of the island. 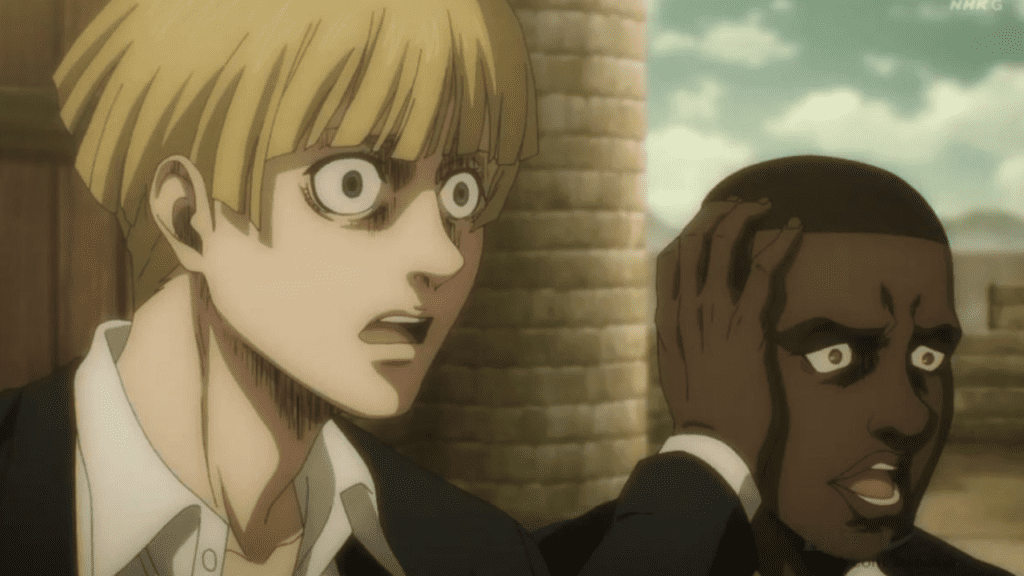 When Conny gets to Ragako, she comes up with a scheme to get Falco’s mother to devour him. In another location, Yelena (Anairis Quinones) and Onyankopon (Zeno Robinson in Attack on Titan: The Final Season, and Koji Hiwatari) will be punished for their atrocities against humanity by Jean (Mike McFarland), a hero of the Eldian Empire.

Episode 25: Night of the End 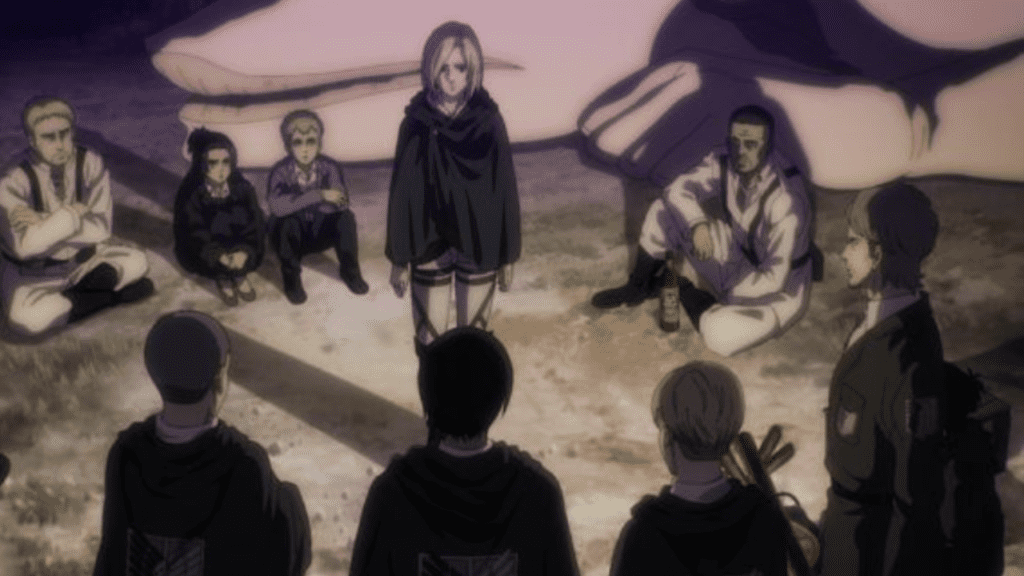 An unusual band of Marley fugitives and island stragglers seek to put their hatred aside and converse over a campfire without killing one another in the middle of the forest. 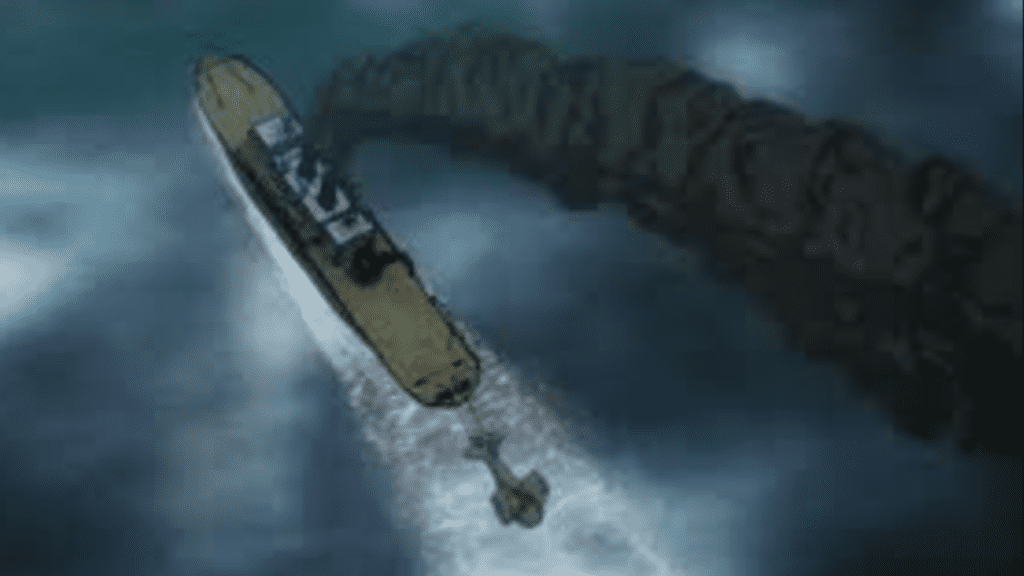 A port full of Jaegerists is guarding the Azumabito’s flying boat, but the Scouts are hesitant to kill their old friends. They cannot afford for their strategy to go awry if they are to prevent violence. 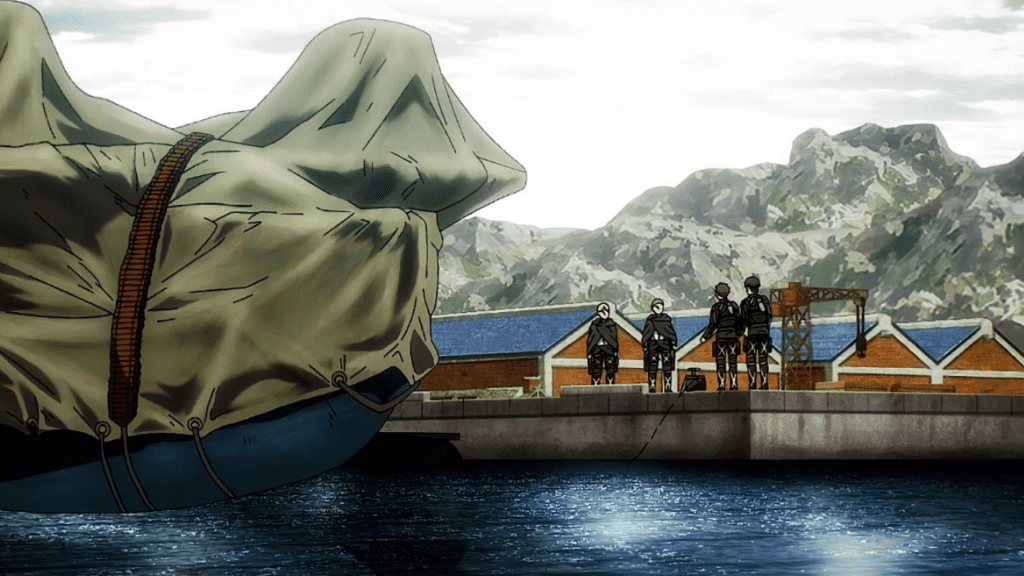 The mechanics must work on the flying boat for a half-day before it can take off. The team is forced to alter their preparations because they realize they won’t endure that long with Jaegerist reinforcements on the way. 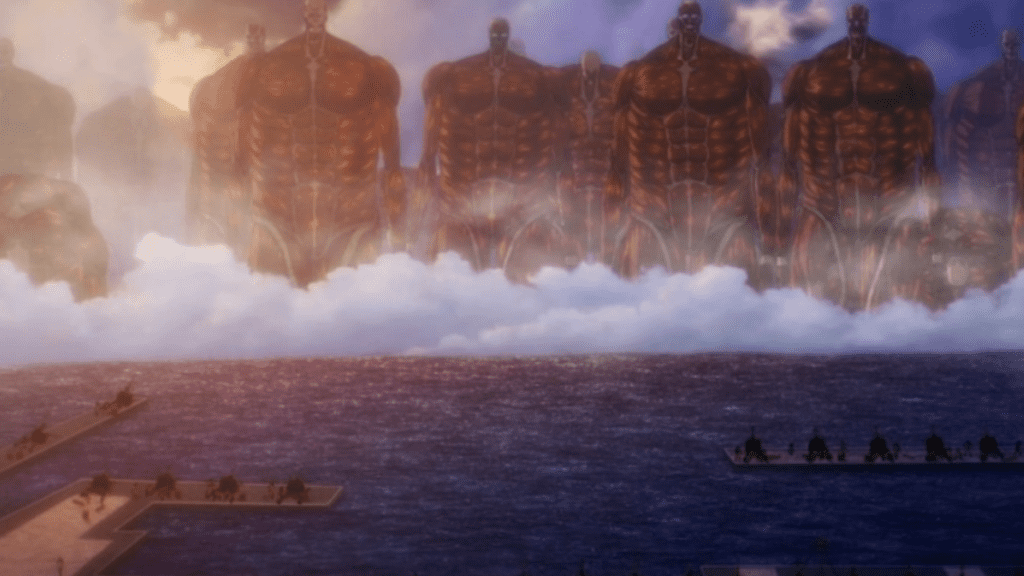 Hange is collaborating with the Subjects of Ymir Protection Group, who will deliver a speech the next day in an effort to create peace. Mikasa locates Eren at Ramzi’s house after learning that he has gone missing. Mikasa is surprised by Eren’s query about her allegiance to him and responds by calling him her family.

Mikasa muses on that period and considers whether things would have gone differently if she had made a different decision. In flashbacks, Eren is seen meeting Yelena and intending to carry out Zeke’s euthanasia plan while also telling Floch and Historia of his true intentions. Historia is opposed to Eren’s plan and decides to become pregnant in an effort to stop him. Zeke informs him that Mikasa is committed to him solely because she loves him and that Ackermans are not required by blood to defend a host.

Eren informs Zeke that his only want is for his friends to live long and fulfilling lives after his passing. With their navy, the Global Alliance currently tries in vain to prevent Eren and the Rumbling from getting to Marley. They are easily destroyed by the Titans, and as soon as Eren and the Colossal Titans descend on Earth, he reveals his purpose to end the world. 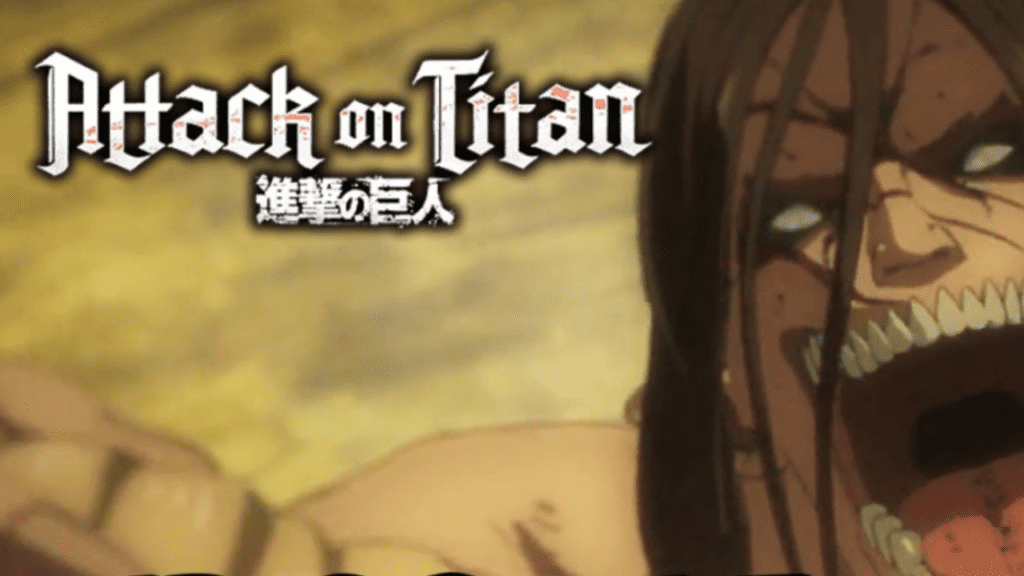 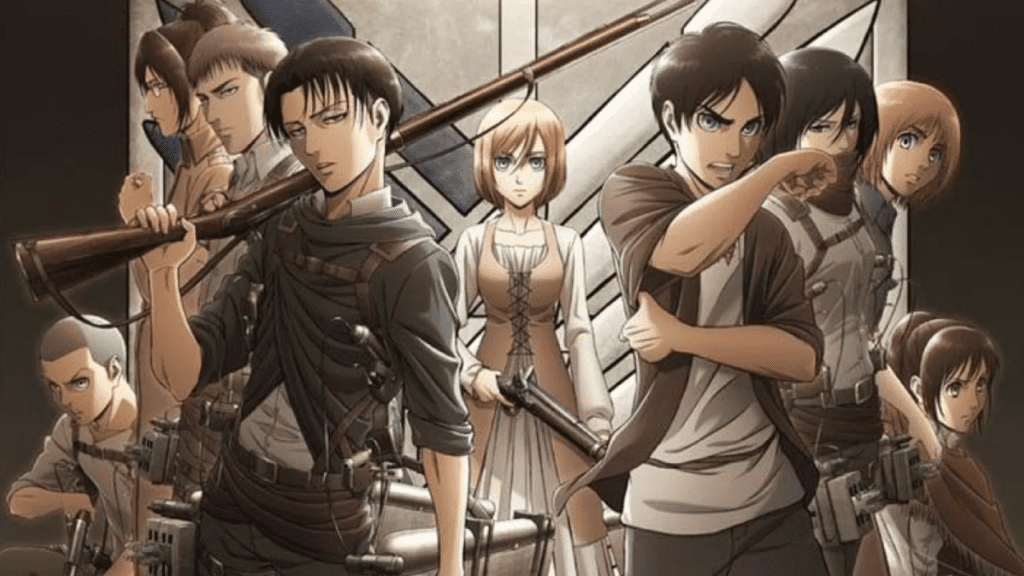 Many years ago, in a story known as Shingeki no Kyojin in Japan, the last survivors of humanity were compelled to flee from the enormous, man-eating Titans that prowled the countryside outside their castle. Only the brave soldiers of the Scouting Legion dared to venture outside the security of the walls, and even they rarely came back alive. Up to the point when their tenuous possibility of survival was reduced to only one horrible option: kill or die, everyone living in the city clung to the delusion of a peaceful existence.

The Attack on Titan takes place in a post-apocalyptic world. It follows Eren Jaeger and his pals, Mikasa Ackerman and Armin Arlert. Titans destroy their hometown and consume Eren’s mother as a Colossal Titan breaks the city wall. Eren joins the elite Survey Corps, a group of soldiers who battle Titans, vowing to exact revenge. In Attack on Titan, Eren and the Survey Corps follow their journey as they battle the Titans and look into their past.