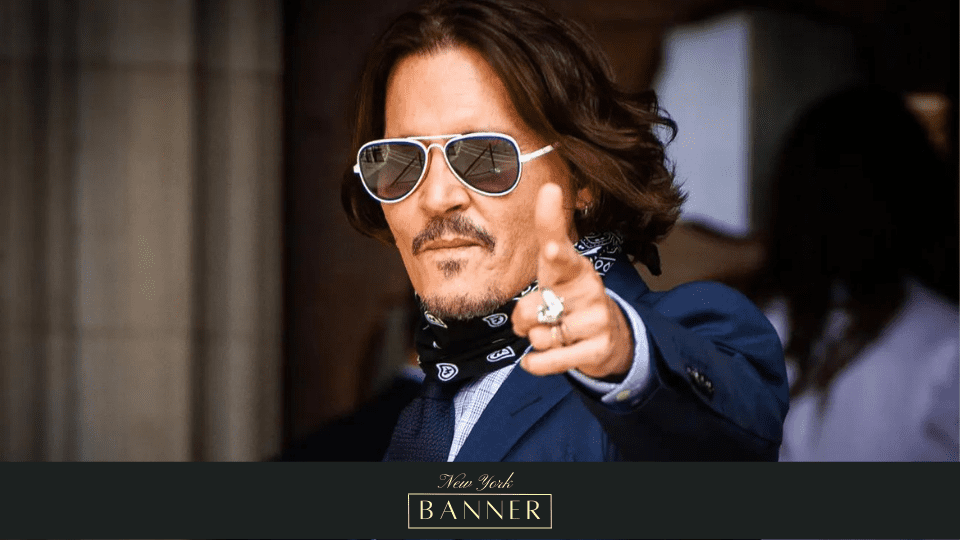 One of the most recognizable actors internationally is John Christopher Depp II, professionally known as Johnny Depp. He became widely known for his portrayal as “Captain Jack Sparrow” in the “Pirates of the Caribbean.” (1)

He has had a tremendously successful career, with a net worth of $210 million. However, he has experienced both highs and lows in his personal life, which has had an impact on his net worth.

Who is Johnny Depp? Biography, Net Worth, Career

He has made several movie appearances and has performed the role of a skilled professional. His major works include:

Depp’s electrifying and unconventional performances have captured not only the hearts of his audience but also several awards and accolades. Johnny has received eleven nominations for the Golden Globe Awards and three nominations for the Academy Awards. He received the title of the highest-paid actor in 2012 from “Guinness World Records.” (2)

According to a lawsuit against his former business managers, Depp spent an unbelievable $650 million between 2003 and 2016 due to his unconventional lifestyle and high monthly costs.

His separation from Heard, whom he divorced in 2017 by giving her a $7 million settlement, and his separation from Vanessa Paradis, the mother of his children, have also resulted in financial losses for the actor. The latter is presently dealing with a well-publicized countersuit from his ex-wife.

You may also be interested in: Lucy Liu’s net worth

Johnny Depp was born in Owensboro, Kentucky, on June 9, 1963, to his parents, Betty Sue Palmer and Christopher Depp. He is the youngest of four siblings. His family frequently relocated but later on settled in Miramar, Florida.

Surprisingly, as an outstanding actor, Depp was actually into more music than acting before. He started playing the guitar when he was 12 years old and joined bands. However, when he was 15 years old, his parents divorced, he dropped out of school, and his band, The Kids, moved to Los Angeles in the west. But the group split up eventually.

When Nicholas Cage, a friend of Depp’s first wife, Lori Allison, persuaded Johnny to pursue acting and set him up with an agency, Depp was in a dire financial situation.

He received his first job in the 1984 film “A Nightmare on Elm Street,” then went on to play minor roles in the films “Private Resort,” “Thrashin’,” and “Platoon” before landing the lead role in the 1987 television series “21 Jump Street,” which paid him $45,000 per episode.

He then left the series a few years later and switched to working on films. His breakthrough performance came in Tim Burton’s “Edward Scissorhands.” He and Burton have collaborated eight times thus far, making them regular partners. Thereafter, more popular and indie movies like “Benny and Joon,” “Don Juan DeMarco,” and “Chocolat” were released. Johnny Depp’s parents are Betty Sue Palmer, who used to work as a waitress, while his father is a civil engineer. He has three siblings, his brother is Daniel Depp, and his two sisters are Christi Dembrowski, who is a film producer, and Debbie Depp.

Johnny Depp attended the Miramar High School in Miramar, Florida, USA. However, Depp eventually dropped out and pursued his passion for music.

Depp has been in a number of well-known romances and has been married twice. From 1983 until 1985, he married makeup artist Lori Anne Allison.

He dated Kate Moss and was engaged to Jennifer Grey, Sherilyn Fenn, and Winona Ryder. He met French actress Vanessa Paradis in 1998. They remained a couple through 2012, and they have two kids together.

Lori Anne Allison and Johnny Depp were married in 1983 and later divorced in 1985.

Depp has been in relationships with several ladies throughout the years. He was engaged to Sherilyn Fenn, Kate Moss, and Jennifer Grey but never married them.

Johnny Depp was married to American actress Amber Heard in 2015. They were barely married for two years before divorcing in 2017.

Depp had a relationship with singer Vanessa Paradis. They had two children, whom they named “Lily-Rose Melody Depp” and “Jack Depp III,” who were born in the years 1999 and 2002, respectively. The pair was married for twenty-four years, from the years 1988 until 2012.

Lily-Rose Depp, who was born on May 27, 1999, is Depp’s daughter and also an actress. She had her acting debut in the 2014 film “Tusk,” and since then, she has acted in a number of films, including “The Planetarium,” “The Dancer,” “The King,” “My Last Lullaby,” and many others. 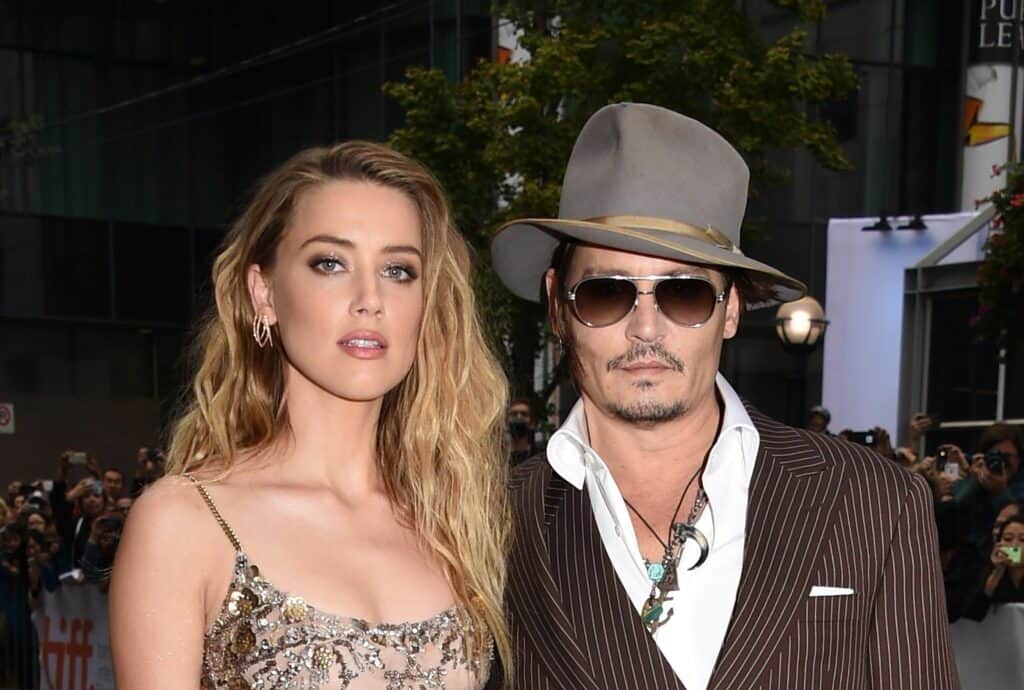 The legal battle between Johnny Depp of Pirates of Kerbium fame and his ex-wife Amber Heard has exposed numerous vulgar secrets to the court.

After being married to actress Amber Heard for 15 months, Johnny Depp announced his divorce in 2016. Many people were surprised by the divorce, which was finalized in January 2017. Still, that surprise paled in comparison to Heard’s allegations of physical and verbal abuse by Depp, which she eventually abandoned as part of their settlement.

Days before the premiere of “Alice Through the Looking Glass,” in May 2016, Heard filed for divorce. On May 27, 2016, the day the movie was released, she was given a restraining order against the actor after she claimed he had thrown a cell phone at her during a disagreement days earlier.

Despite not having a prenuptial agreement, the couple paid $7 million to end their marriage. Heard promised to donate the money to a good cause, and in 2017 she gave the Children’s Hospital of Los Angeles between $1 million and $5 million.

Heard wrote an op-ed for The Washington Post in December 2018 in which she said that she had experienced domestic abuse.

Depp filed a $50 million defamation lawsuit against her in 2019. Amber is the subject of a defamation lawsuit brought by Johnny, which is brought in court. Both sides have made several accusations against one another thus far in this lawsuit. Dr. Don Hughes, a forensic psychologist who is currently defending Amber in this case, had made a major declaration against Johnny.

Dr. Hughes stated in court that Mr. Depp would push Amber on the bed, rip off her nightgown, and attempt to have intercourse with her forcibly when he was intoxicated or high. Johnny used to coerce Amber into having oral sex when he was enraged. All of this did not occur during romantic moments. He became angry at these times. When Mr. Depp tried to dominate Amber, it was a moment of domination.

In retaliation, Heard sued him for $100 million. Hearings for the case commenced on April 11, 2022. Johnny has raised objections in the defamation action against Amber about a post the actress published in 2018. According to Johnny Depp, Amber has written several inaccurate and disparaging things about him in The Washington Post. Amber identified herself as a victim of both physical and psychological abuse in the post.

Johnny Depp’s case could or might not succeed, but he will soon be seen again in the TV miniseries “Puffins.” (4)

Depp, who was born on June 9, 1963, in Owensboro, Kentucky, started in the music industry, even quitting school to pursue a career as a rock musician. This prompted him to move to Los Angeles, where, following the dissolution of his band, “The Kids.” He made the decision to switch to acting on the advice of his friend Nicolas Cage, who even assisted him in landing some of his early roles.

After being in the 1984 horror movie “A Nightmare on Elm Street,” his first major role was in the Fox TV series “21 Jump Street,” for which he reportedly made $45,000 per episode. In 1990, Tim Burton chose him to star in the cult classic “Edward Scissorhands,” marking the start of a lengthy and successful association with the renowned director.

Depp’s success and his bond with Tim Burton

Thereafter, Depp continued to have consistent box office success with movies like Benny and Joon, What’s Eating Gilbert Grape, Don Juan DeMarco, Donnie Brasco, Sleepy Hollow, and Chocolate. However, his most considerable financial success came from portraying Captain Jack Sparrow in the “Pirates of the Caribbean” franchise for a total of five movies, for which he is estimated to have made $300 million.

Depp starred in other classic movies, including “Charlie and the Chocolate Factory,” the animated film “Corpse Bride,” “Sweeney Todd: The Demon Barber of Fleet Street,” “Alice in Wonderland,” and “Dark Shadows,” because of his professional relationship with Burton.

Along with returning to his musical career with the band “Hollywood Vampires” alongside Alice Cooper and Joe Perry, Depp has also acted in other movies, including “Fantastic Beasts,” “Where to Find Them,” “Murder on the Orient Express,” and “Richard Says Goodbye.”

Following his debut in the 1984 film “A Nightmare on Elm Street,” Johnny Depp was then cast in the popular television series “21 Jump Street.” Depp also made his film debut in the 1990 cult classic “Cry Baby” and played the lead role in the box office smash “Edward Scissorhands” in the following year.

After that, it was this time when Depp worked with Burton movies and made appearances in films like “Charlie and the Chocolate Factory,” “Sleepy Hollow,” and “Ed Wood (2005).” He provided the voice for the animated story “Corpse Bride” as well.

Depp rose to prominence as an actor thanks to all of these roles throughout the years. However, it’s not the only thing Depps gained throughout his acting career. Depp also won the Golden Globe for Best Actor for his performance in “Sweeney Todd: The Demon Barber of Fleet Street” (2007) and received a third Academy Award nomination for Best Actor.

“The Pirates of the Caribbean: The Curse of the Black Pearl” movie, which starred Johnny Depp as “Captain Jack Sparrow” in the year 2003, went on to become one of the highest-grossing movies of the year and fueled the development of the series.

The Pirate series cemented Depp’s stardom and reputation as one of the best actors. (5)

Depp also went on to work in a number of outstanding films and TV programs, such as:

Depp made fortunes and established a name for himself in the industry thanks to all of his films and various roles, dazzling performances, and top-grossing films.

You may also be interested in: Michelle Yeoh’s net worth

In 2004 Johnny Depp and his sister Christi Dembrowski founded their production firm. The company, known as “Infinitum Nihil,” has, throughout the years, produced films including The Rum Diary and Hugo. Depp is rumored to own a number of homes spread out over the world.

The headliner of which is a huge 7,430 square feet, 8-bedroom house in the Hollywood Hills that he purchased in 1995 for $1.8 million. The 58-year-old also formerly owned the whole 1812-built French village “Le Plan-de-la-Tour.” According to Hilton and Hyland, Depp spent an additional $10 million on renovating the historic stone structures.

Depp has had a huge mansion in the Hollywood Hills since 1995, for which he paid $1.8 million at the time. The 7,430 square feet main house has eight bedrooms and ten bathrooms. Depp also owns five more homes in Hollywood Hills, which are worth a combined $19 million, and a three-island property in the Bahamas, which he acquired for $5.35 million. According to Insider, Depp spends $350,000 monthly on staff, wine, and supplies.

In the meanwhile, nothing is known about Amber Heard’s personal wealth. However, there have been allegations that the actress was in a “dire financial condition” before the start of the trial. According to reports acquired by Independent, the 36-year-old had difficulty fulfilling his vow to donate $3.5 million to the ACLU.

Collection of cars and yachts

Johnny Depp has acquired a sizable collection of vehicles in his garage, including a 1959 Corvette and a 2015 Range Rover, each valued at over $54,000. In addition, he is the owner of a rumored $3.28 million Rolls Royce Wraith. “The Pirates of the Caribbean” star had also had a substantial boat valued at about $22 million, which he later sold to author J.K. Rowling in 2016.