What Happened In Shahs Of Sunset Season 6? (Full Recap) 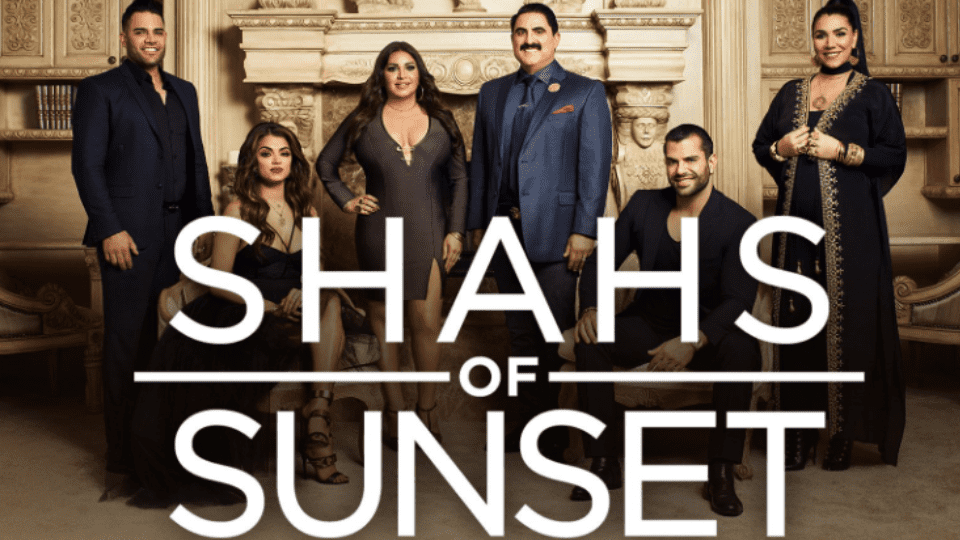 In Season 6 of “Shahs of Sunset,” all the Shahs from Season 5, Asa Soltan Rahmati, Golnesa Gharachedaghi, Mercedes Javid, Mike Shouhed, Reza Farahan, and Shervin Roohparvar, find themselves at a fork in their lives as they return to deal with the leftovers of last year’s breakups, makeups, and moments of betrayal.

Cast of Shahs of Sunset Season 6 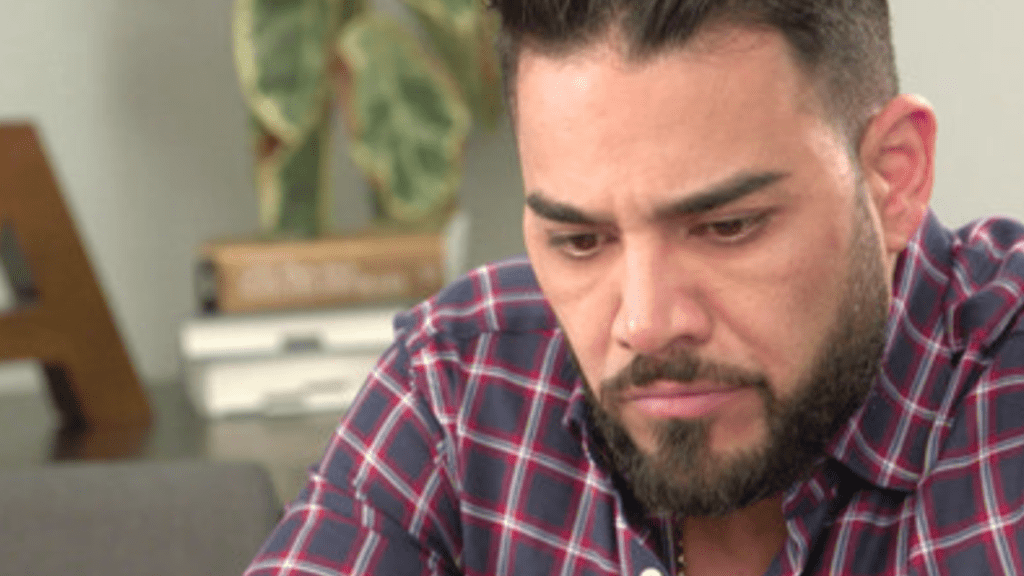 Mike Shouhed is finding it challenging to live alone now. Mike is tidying up and getting ready for his housewarming celebration. Reza Farahan‘s friend who organizes parties comes over to set up. When Mike enters, he sees the women Destiny has in place wearing bikinis and wearing lampshades.

As the visitors arrive, Asa Soltan Rahmati and Mercedes Javid are not pleased to see one another. MJ has no desire to continue their friendship. Because of Asa’s surprising pregnancy news, MJ and Reza must decide whether to establish their own families or not in their own lives.

Episode 2 - A Long Trip for a Short Apology 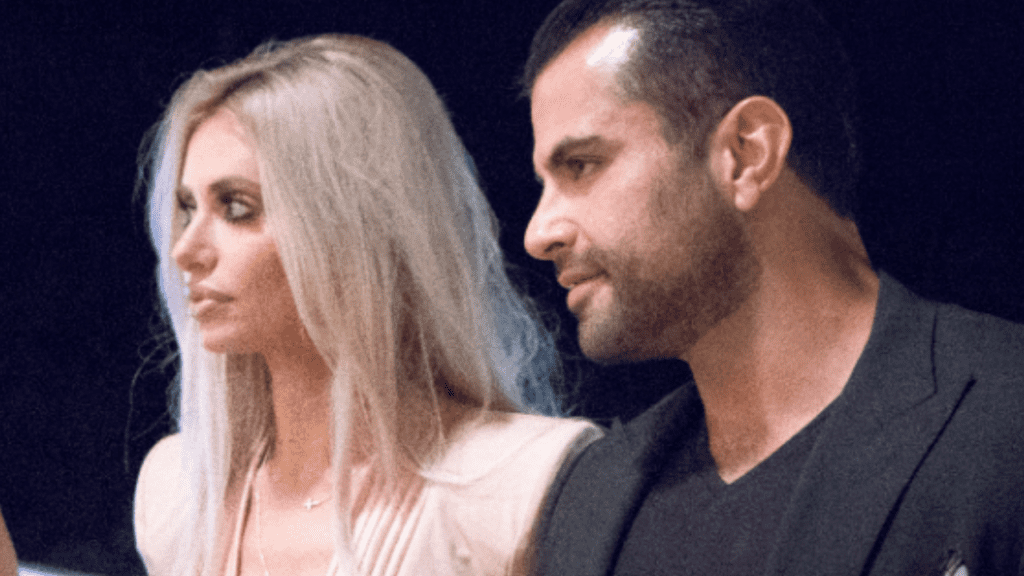 Reza and Adam arrange an anniversary party during which Shervin Roohparvar informs the guests that he and Annalise Carbone are engaged, leaving GG once more out in the cold. Reza and Golnesa Gharachedaghi are invited to a party that Shervin is throwing.

When GG apologizes to Adam, she moves on, but she and Reza aggressively avoid one another. When MJ and Reza meet Shams’ father, Reza learns that Shams might not be as well off as MJ has been portraying.

Even though the party is already underway, GG is still uneasy. Reza is someone she wants to converse with while also avoiding. Reza is keeping well away from her. He eventually invites GG and MJ to join him on the couch as they try to resolve the problems. 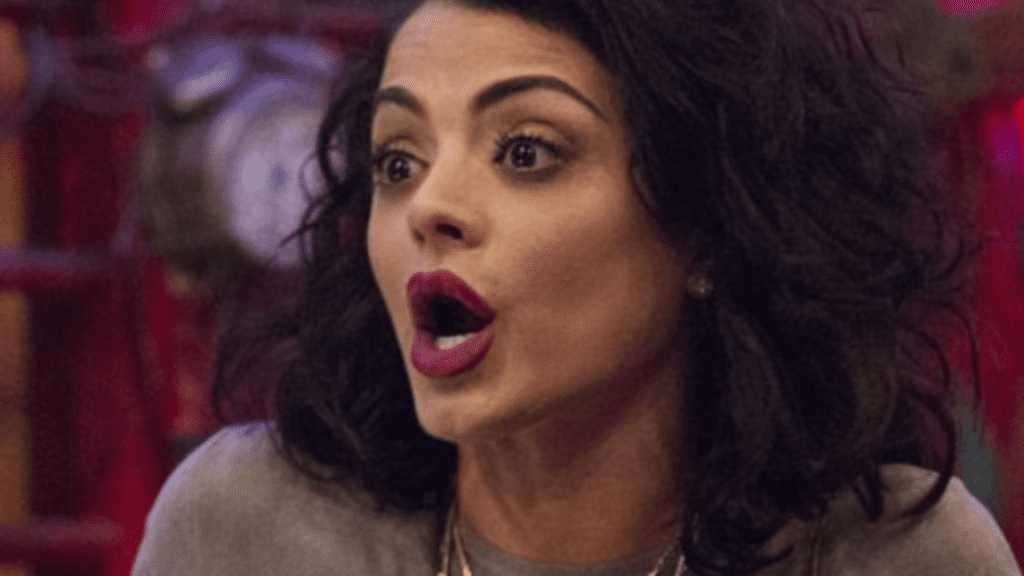 GG is anxious as the night of the fashion show approaches. Janice Dickenson snatches the clothes she intended to wear to further the mayhem. At first, GG is furious, then Erick changes the sequence and asks GG to end the concert.

Plans for a trip to Israel are dividing people, raising tensions. Reza throws a costume party to reunite the gang for “Peace in the Middle East.” GG puts accountability to the test on the runway during LA Fashion Week. Tommy and MJ decide to begin the adoption process. Asa manages her booming business while also nursing a growing belly. 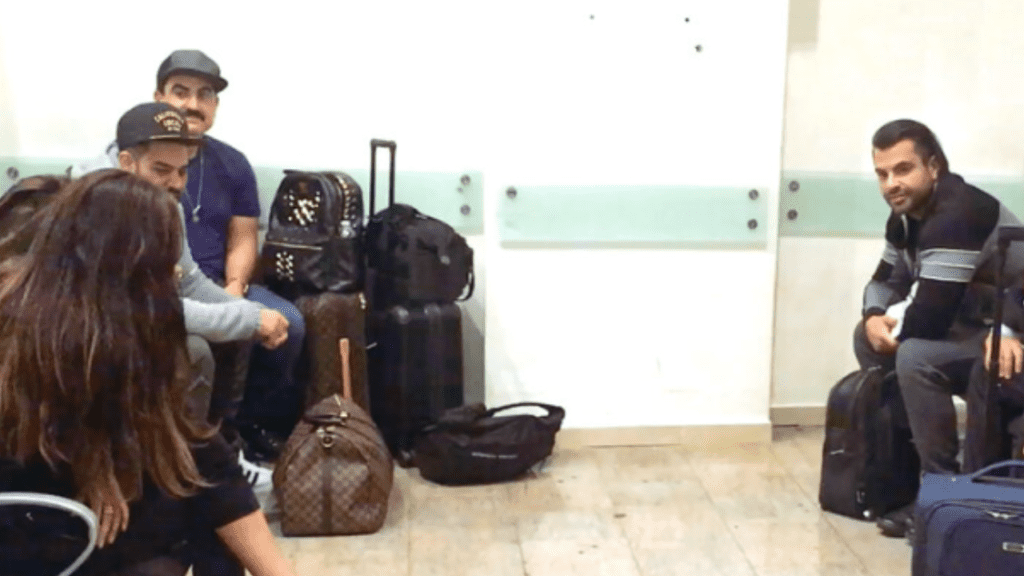 Reza and Adam are having a difficult time deciding between adoption and surrogacy. When GG meets her parents, her relationship with her boyfriend is jeopardized. The Shahs are eager to visit Israel, but it turns out that getting there is more complex than it first appears.

The cast appears to be under a cloud when they land in Israel since they are held as they exit the plane. They are slowly interrogated and exonerated until Reza and GG are the only two remaining. Although MJ is eager to become a mother soon, her friends question whether she is prepared. 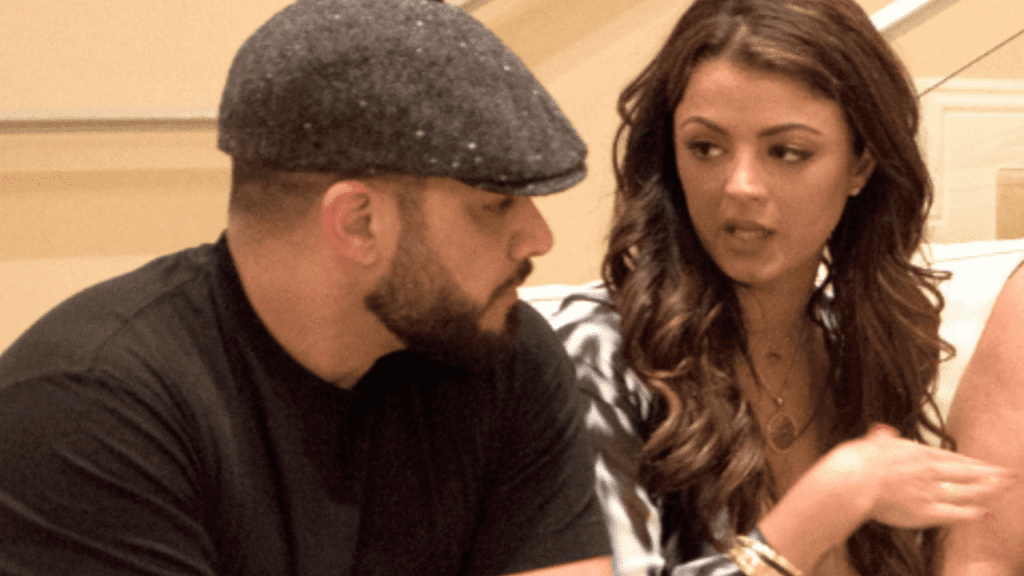 Asa prepares to travel to the historic city of Akko to film a documentary, but her preparations are derailed when tensions between Mike and GG over religion flare up. While MJ struggles to see a clear future with Tommy, Reza tries to embrace his Jewish side.

Asa wants to make the most of his time in Israel and chat with some locals about their perspectives on religion and life in Israel. 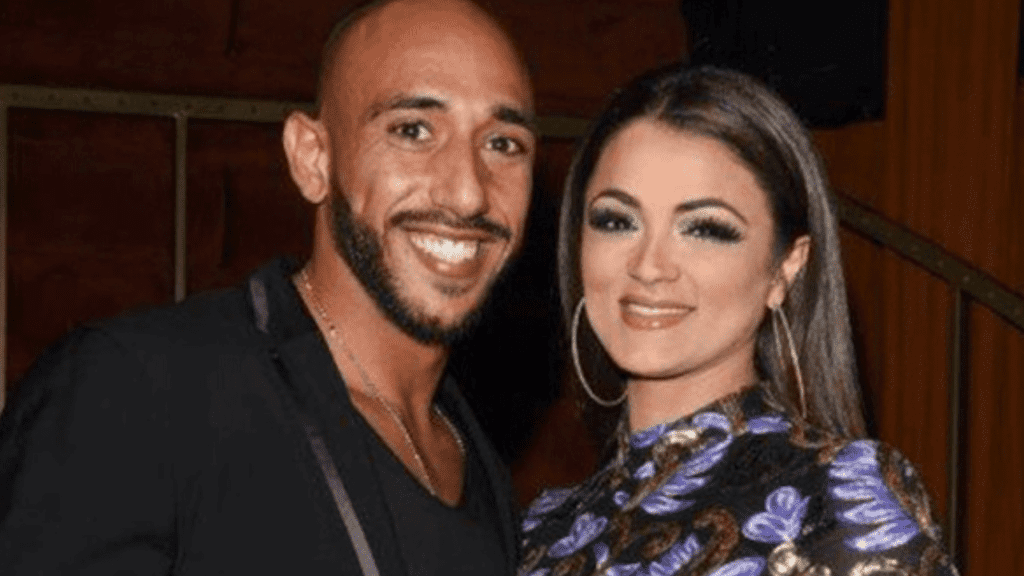 Drama breaks out during the group meal when Asa drops a bombshell when they are in Israel on their quest for enlightenment. While GG makes a decision that will have a very long-term impact on her relationship with Shalom, the boys take MJ to dinner to advise her on moving forward with her life. On the final night of the vacation, Asa discloses the gender of her unborn child during a group supper.

Mike is adamant that Tommy is a good person. MJ sobs as she realizes how difficult it is to care for an ailing elderly patient. Asa doesn’t appear to be sympathetic to her tears. 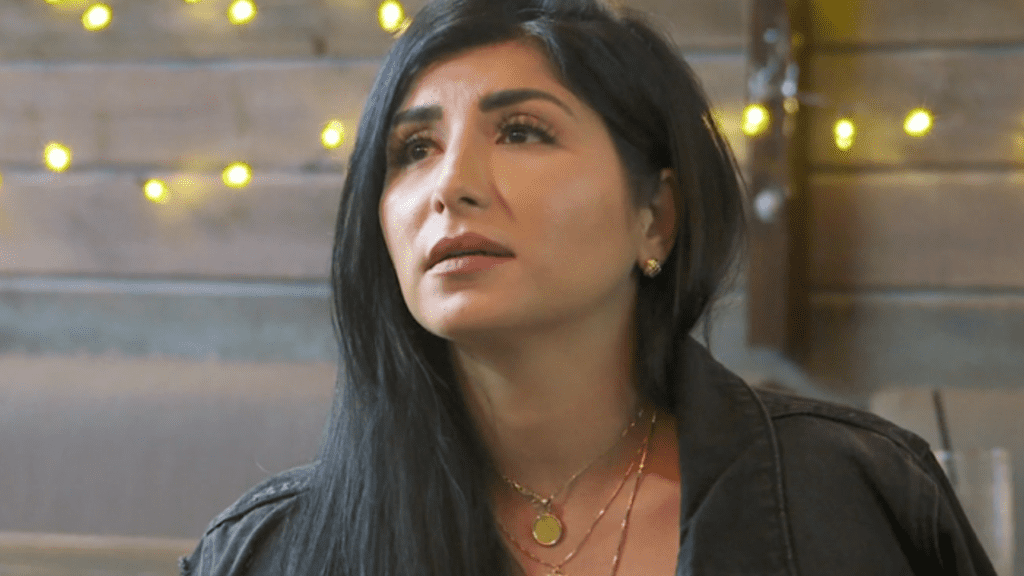 Asa starts to experience more loneliness. While MJ keeps moving on with her love life, Mike believes it’s time to move on with his. MJ overhears a rumor about Swervin’ Shervin that rapidly gets passed along to the other members of the team.

Reza is still under pressure from Adam, MJ, and Tommy are still trying to conceive, and even GG’s biological clock is about to run out. Mike decides to include infant shoes in his line of footwear. Shervin is compelled to address the rumors about him head-on, which turns GG’s roller-skating party into an interrogation.

Episode 8 - The Art of Deflection 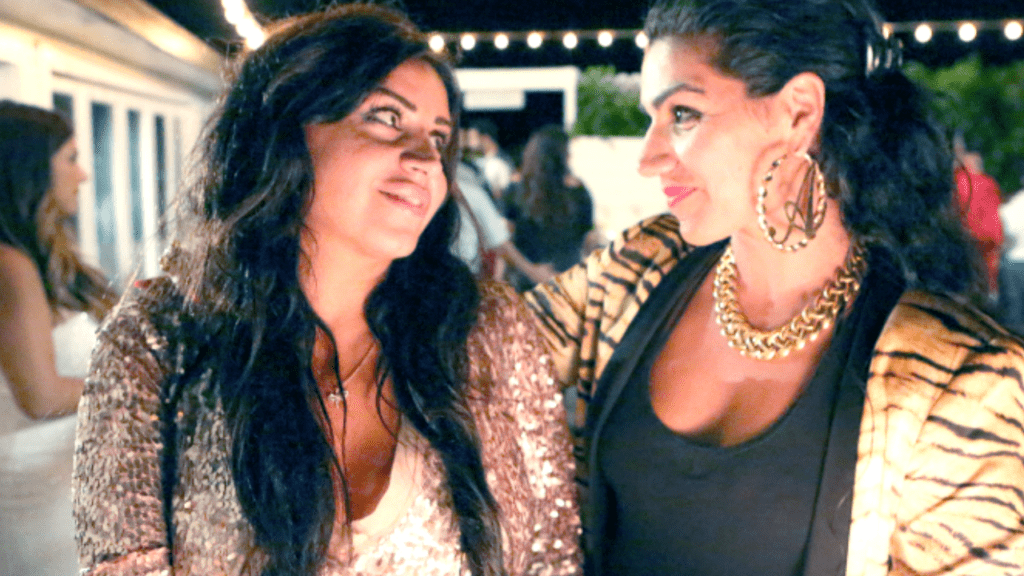 MJ keeps wondering how Asa became pregnant as Reza and Adam determine whether their swimmers are capable of bearing a child named Farahan. Mike continues with his baby shoe business, but the incident makes him wonder if he’ll ever try again to establish a family. To unite everyone, Asa hosts a screening of the video she shot in Israel.

Episode 9 - A Tale of Two Turkeys 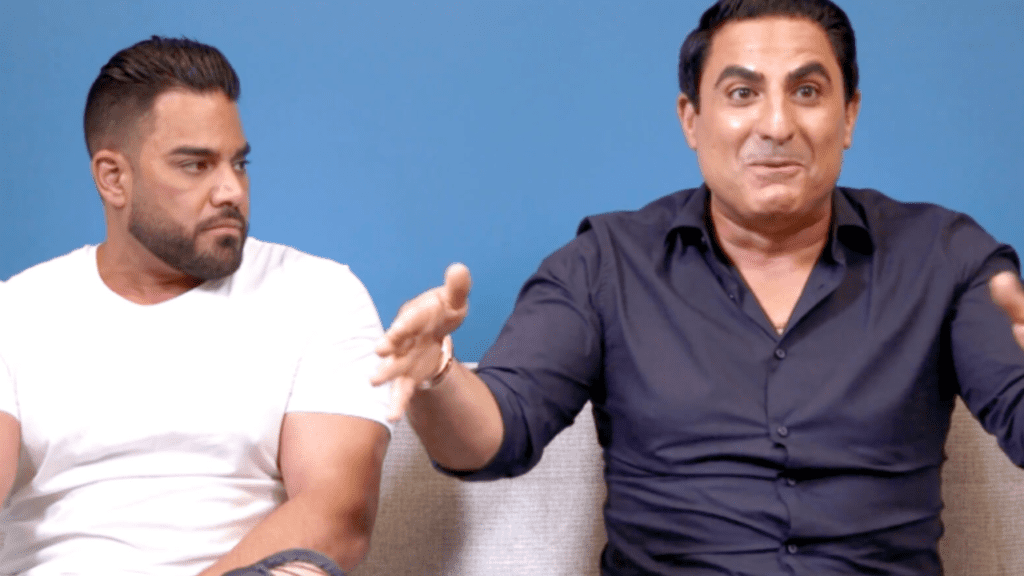 Reza learns that Mike is not legally separated from his wife. The Shahs make an effort to set aside their disagreements when they visit a homeless shelter. Asa and Shervin eat separate Thanksgiving meals.

Asa approaches Mike over her feelings of loneliness following the pregnancy announcement. She has an open dialogue with Reza. Shervin ensures that no one comes to Annalise with the rumors, and GG tries to mend fences with her sister. 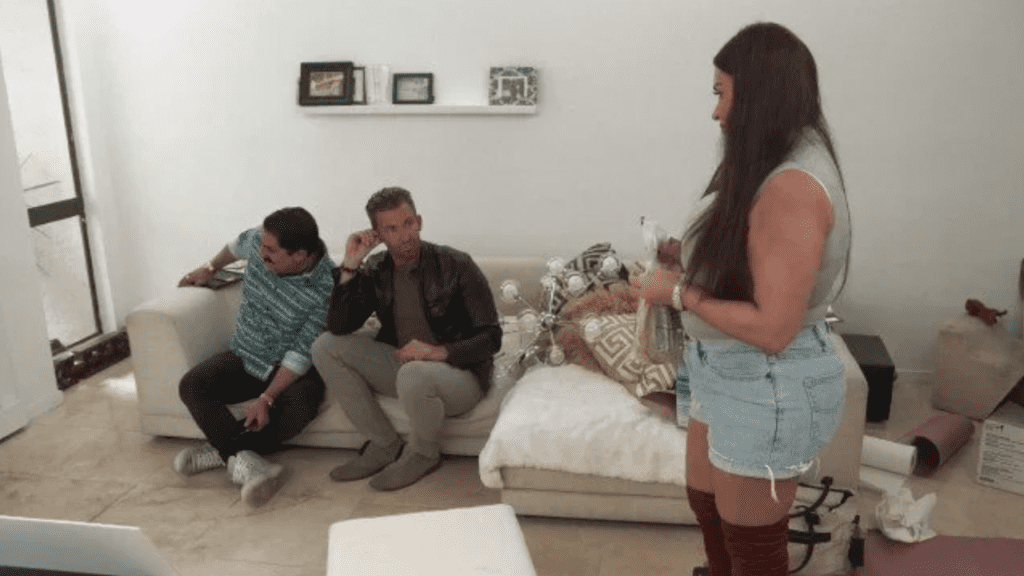 MJ starts the renovation process for her apartment. Shervin and Annalise are visited by an unwelcome visitor who gives some terrible news on her last night in Los Angeles. While GG’s boyfriend assists her with packing as she gets ready to leave for New York, he isn’t quite aware of the details of her performance.

Reza intends to stage his play. MJ confides in her mother about her desire to become pregnant. The group goes to MJ’s house to encourage her to finish her remodeling, but when Shervin admits his errors and Tommy drops a bomb on MJ, the night devolves into drunken chaos. 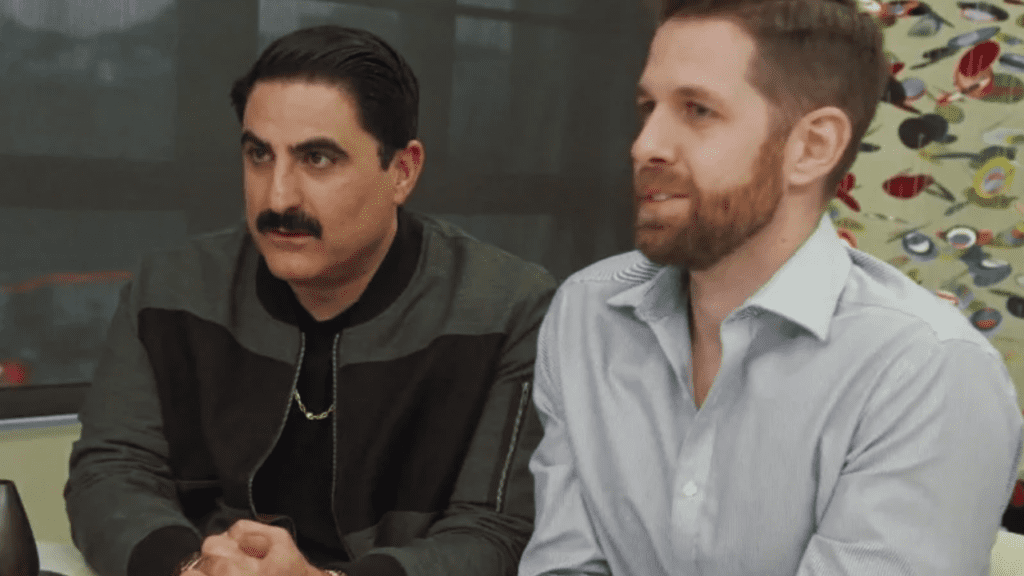 Everyone in the group is at a turning point in their relationship as they travel to see GG play. Mike just completed the paperwork for his divorce. Reza and Adam seek clarification from a gay Rabbi. After a fight, MJ and Tommy deal with the fallout.

Additionally, GG must determine whether Shalom is the perfect companion for her future. The gang then tried to encourage Mike to reconcile with Jessica as the episode ended. 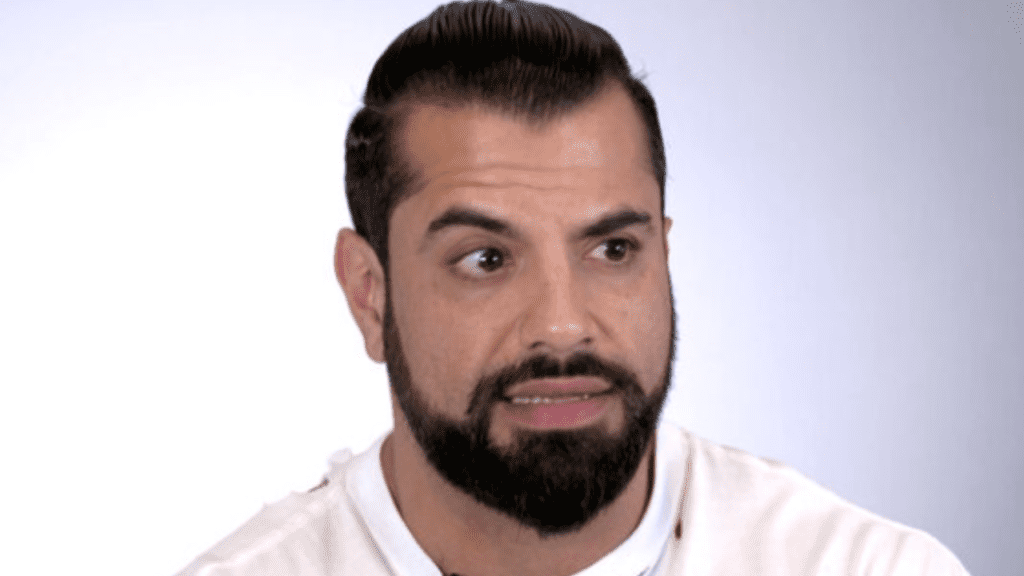 GG gets ready for her play’s premiere. When Shervin shows up, their earlier argument comes to the surface, and Destiney’s exciting new business opportunity is cut short. Asa receives counsel from LaToya Jackson on how to handle coming from a notoriously well-known family.

When Tommy, MJ, and part of the crew visit Tommy’s family in Queens, they are welcomed with open arms. On the night of her debut performance, GG’s newfound Oosa is tested because of her play’s obscene subject matter, which might jeopardize her newly-engaged status.

Episode 13 - The Thread that Broke the Shahs' Backs 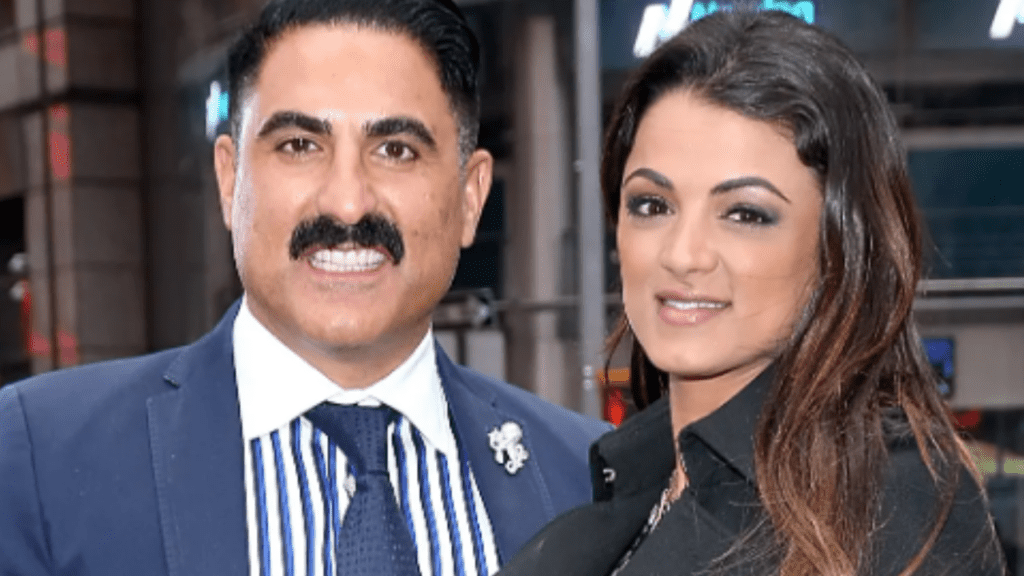 After learning more about Mike and Jessica’s connection, GG and Reza resolve to take action. Asa decides whether she will continue to be a group member as her pregnancy draws closer.

Reza’s play sends a message to the entire planet. Small arguments between Adam and Reza escalate when Reza says something that might put Adam on the brink.

When GG and Reza carried out their plan to interfere with Mike, Jessica, and Mike’s mother at the Winter Wonderland Ball, they got unexpected results. Reza and Adam’s relationship is still precarious, while Mike’s connection is suddenly put into perspective. 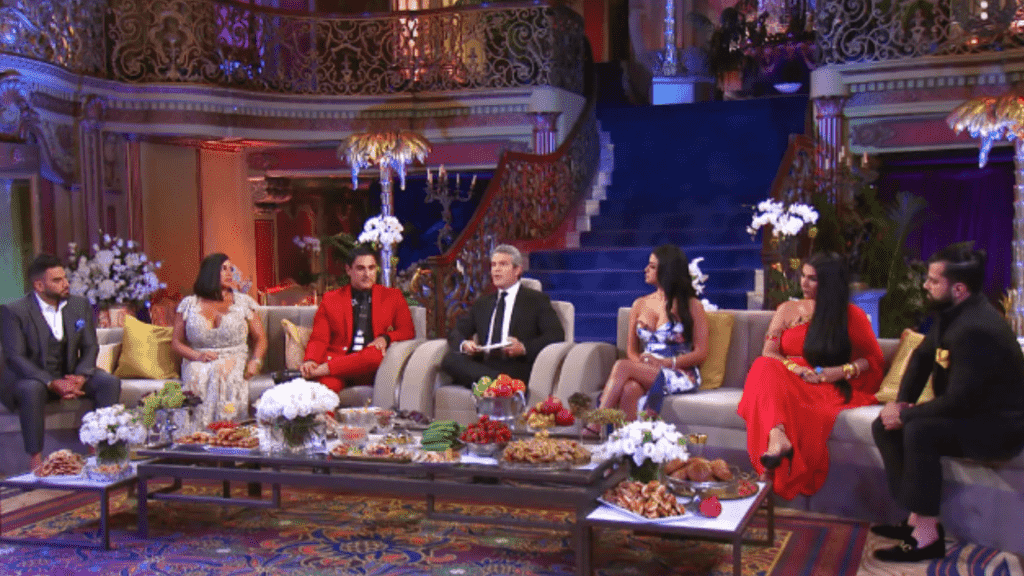 Unresolved conflicts among the group are at an all-time high when the reunion begins. The Shahs reflect on their trip to Israel and their efforts to promote peace in the Middle East without wasting any time in reopening old wounds.

As they criticize one another, Asa charges Mike with being racially insensitive both at home and overseas. Years of tension finally reach a breaking point when Asa confronts Mercedes about calling her child a “bastard.” 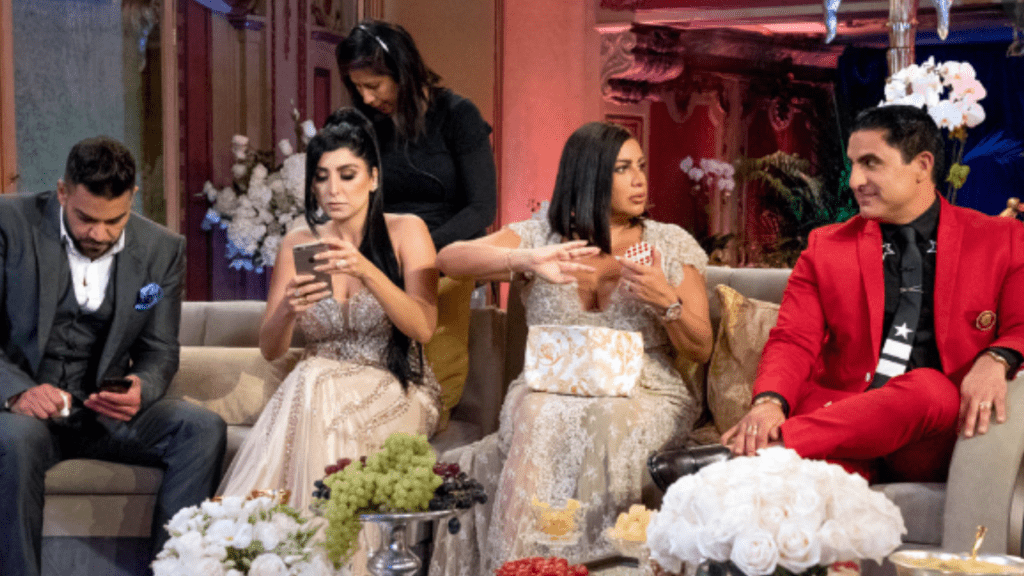 The Shahs are compelled to address their various relationship problems, which brings the reunion to a dramatic close. Shalom, Golnesa’s estranged husband, pays a surprise visit to talk about the reason for their split and to show how their marriage is doing right now.

Shervin tackles the fidelity rumors surrounding his relationship with Annalise, and Mike gives his last opinion on his relationship with his ex-wife Jessica. When Reza’s husband, Adam, joins the group, they astound their friends with shocking information. The question on everyone’s mind is posed to a concerned Asa after everything has been set out on the table.