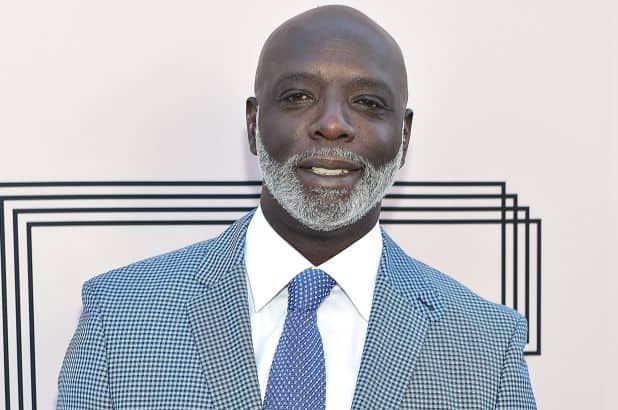 Peter Thomas is an entrepreneur and restaurateur most known for his appearance alongside his ex-wife Cynthia Bailey on the Bravo reality series The Real Housewives of Atlanta. Though he transitioned to these fields later in life, his early career was spent in hip hop music PR and artist management, where he worked to bring stars like Snoop Dogg and Dr. Dre to the UK music scene. In 2013, he and Cynthia Bailey co-wrote the autobiographical book Carry-On Baggage: Our N Flight about their relationship.

He worked as a concert promoter in the 1990s and was one of the last people to see Notorious B.I.G. before his death in March 1997. He has a son named Peter from a previous relationship. He began dating Sina Bina, a Love & Hip Hop actress, in 2017. He had no children with Cynthia Bailey, yet he did become the stepfather to Cynthia’s daughter, Noelle.

In 2021, Peter Thomas, a restaurant and entrepreneur from Atlanta, with a net worth of $300,000. During Season 3 of Bravo’s reality show “The Real Housewives of Atlanta,” Peter Thomas gained national prominence when he was presented to the world as Cynthia Bailey’s boyfriend. His career as an entrepreneur is his main source of income. He owns a bar in Atlanta.

However, The Bravo personality Cynthia Bailey recently filed a lawsuit against her first husband, according to recent reports. Cynthia is said to have sued Peter for repayment of a $170,000 loan she gave him for their old nightclub, Bar One. The pub and Cynthia’s modeling school were both closed in season six when the building manager allegedly foreclosed on the property that housed the bar and Cynthia’s modeling school. Peter had asked his wife for the money at the time, claiming that he would be reopening the business in a new location. Years later, though, Bar One has never reopened, and Peter has yet to refund his ex-wife’s money. He went on to explain how blindsided he was by the lawsuit, considering that he never changed his phone number and that it was hurtful that Cynthia would rather file a lawsuit than talk to him.

Just recently, Peter has been hit with a massive federal tax lien. The IRS accuses Peter Thomas of owing money relating to his previous Uptown Restaurant & Lounge, according to court documents obtained by Radar. Thomas blamed the recession for the closure of the Atlanta location in 2010. The government appears to be only now getting around to reviewing the tax returns. Thomas is accused of failing to pay his quarterly taxes from December 2008 to December 2009. He allegedly failed to pay a total of $450,399.52 in ten payments. The IRS has warned Thomas that if the debt is not paid in full right away, they would begin the process of taking his assets. The lien was filed in the summer but has yet to be discharged, indicating that the bill has not been paid. Thomas went on to open a number of other restaurants, including Bar One in Miami, where he relocated following his divorce in 2017.

Peter Thomas is a Jamaican native who was born on October 1, 1960. Given how brief his appearance on reality television was, nothing is known about his family and background. He appears to keep a lot of information about his personal and early life under wraps. There’s also no indication of if he has a sibling or who his mother and father are. 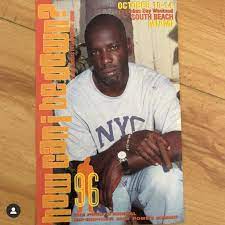 However, we do know that he was raised as a devout Christian. Since his young age, it was revealed that all he ever wanted was to be a businessman which he luckily fulfilled when he got older.

Unfortunately, there is no information as to where Peter Thomas attended college and what he majored in. Likewise, the year of his graduation is also not disclosed.

He also attended a certain high school here in America, but its location is unknown. Most news portal says that he only finished high school.

Cynthia isn’t the only well-known woman to win Peter’s affections. Peter dated Nia Long and Pepa of Salt N Pepa (née Sandra Denton) back in the day, as the actress admitted on Watch What Happens Live.

On RHOA, Peter is a fantastic stepfather to Cynthia’s daughter Noelle Robinson, and it’s probably because he’s got a lot of parenting experience. Peter is the father of five children, ranging in age from 12 to 30.

On their wedding day, Cynthia Bailey and Peter Thomas were a stunning couple. On July 24, 2010, they married in a lavish Atlanta wedding at the Fernbank Museum of Natural History. After six years of marriage, the couple decided to split, with both of them publicly proclaiming their decision. In March 2017, the divorce was finalized.

They remained cordial and supportive of each other’s endeavors despite the fact that their marriage had ended and they had moved on. Thomas has even indicated that he still loves Bailey, but that their relationship had to come to an end owing to their disagreements.

Viewers got to see Peter’s profound bond with Cynthia’s adolescent daughter, Noelle Robinson, throughout their time together. Their connection was so genuine that Cynthia said that they still communicate with each other after they broke up. Noelle Robinson was probed about her relationship with Peter Thomas after her divorce from Cynthia Bailey in July 2019. She told Bravo’s The Daily Dish, “I do keep in touch with him as well.” In respect to Cynthia’s romance with Mike Hill, she remarked, “It’s like I literally have a dad and two bonus dads now.”

Peter has also found love again, and he isn’t bashful about expressing his feelings for his new lover, Toni. Indeed, he just revealed a lot about himself and his girlfriend on Instagram in a snapshot of him resting down in bed with his woman. Tonishia “Toni” Scott, who began dating Peter near the end of 2017 after he and Cynthia, 52, separated, has been arrested many times on various counts, according to legal documents.

Tori was arrested in August 2011 after a concerned passerby called authorities to check on a woman slumped out in her van.

Despite telling officers that she had just had one Long Island iced tea at a local tavern, she failed a breathalyzer test and was arrested for DWI. She was eventually given a suspended sentence and one year of unsupervised probation. Toni, who was working as a bartender at a Red Lobster in North Carolina at the time, ran a stop sign while driving while inebriated in January 2012, and her blood alcohol concentration was nearly twice the legal limit. She admitted to the crime and entered a guilty plea. Her license was revoked by the court, and she was sentenced to 36 months of supervised probation.

It seems as though they are a match made in heaven, as Peter Thomas has also had trouble with the law. In March 2019, Peter Thomas was arrested for allegedly writing counterfeit checks.

In the 1990s, Peter was a well-known personality in the hip-hop business. According to his LinkedIn page, he worked in public relations, tour coordination, and artist management in London, attempting to boost the presence of artists like as Snoop Dogg, Dr. Dre, and Public Enemy in the United Kingdom. As he said on a previous episode of RHOA, he went on to be a consultant for Def Jam and oversee the entertainment division for the hip-hop magazine The Source. Peter is also the founder of the How Can I Be Down? charity. According to Peter’s Instagram profile bio, he organized an urban conference in 1993, which will be held again later this year.

Before the Notorious B.I.G., aka Christopher Wallace, was shot and killed in Los Angeles on March 9, 1997, Peter was one of the last persons to see him alive. Peter was working as a concert producer at the time, and he spoke to ABC News about how rap music encouraged the violence in the hip-hop culture.

Peter has spent much of his career in the nightlife sector, in addition to working in the music industry. According to his LinkedIn profile, he owned and operated clubs in Miami for decades before building his latest hotspot, Sports One in Charlotte, North Carolina. He’s also the vice president of entertainment for UPTOWN Magazine, and his Peter’s Brew Jamaican gourmet coffee is legendary.

Kordell Stewart, Porsha Williams’ ex-husband, was one of Sports One’s investors, thus he and Peter have remained in touch after the couple’s split in 2013. That’s also why Kordell’s appearance at a Sports One event on RHOA came as no surprise. That was difficult for Porsha, especially since Kordell had been flirting with Claudia Jordan, but it’s just business.

During an interview with UPTOWN Magazine in January 2011, Peter described the type of business he envisioned for the then-unopened BarONE. “Do you know how Cindy Crawford’s husband [Rande Gerber] got Whiskey [bars]?” he asked. “We don’t really have a lifestyle piece like that in our town, you know, a very sophisticated lifestyle piece for 25 and over, so I’m creating Bar One.” Unfortunately, BarONE’s first location in Atlanta closed.

Today, Peter Thomas owns and manages his bar in Miami where he relocated after his divorce from Cynthia.

Peter Thomas joined “The Real Housewives of Atlanta” in season 3 in 2010.

During Season 3 of Bravo’s reality show “The Real Housewives of Atlanta,” Peter Thomas gained national prominence when he was presented to the world as Cynthia Bailey’s boyfriend. Throughout the third season, the show followed the growth of their relationship, including Peter’s club and restaurant Uptown closing, the strain on their relationship caused by Bailey’s family’s disapproval of Peter, and their wedding at the Fernbank Museum of Natural History.

Surprisingly, the drama brews not just among the housewives but also their husbands.

Apollo, the former husband of Phaedra Parks of The Real Housewives of Atlanta, said he recognizes Peter’s drive and business sense, but “overall Apollo states he is just a little hurt because it’s been well over a year and he hasn’t heard from Peter Thomas and Apollo thought they were boys and Peter had his back and would stay down,” according to the post. Apollo claims that his bond with Peter Thomas began with you all watching, therefore he doesn’t mind telling you all how he feels.”

After their dramatic fallout last season, fans of “The Real Housewives of Atlanta” watched as NeNe Leakes and Cynthia Bailey battled and tried to work things out in 2014. Bailey’s husband, Peter Thomas, begged to disagree when he slammed Leakes online lately, claiming that she was the victim of Bailey’s villainy and lying.

Bailey stated that her connection with Leakes began to shatter after she called Thomas a “b—-” last season during their heated discussion. Bailey stated that Leakes exhibited no regard for her or her marriage, but that she was unable to speak with her about it because Leakes never believes she is wrong.

Thomas, as fans of the show know, isn’t one to keep quiet about his wife’s affairs, and he attacked Leakes on Twitter after the episode aired for betraying his wife.

Just as NeNe Leakes restored her friendly relations with Cynthia Bailey and Peter Thomas last 2015 in The Real Housewives of Atlanta, the group faced a new challenge. Cynthia announced her separation from Peter after a rough season for the couple. NeNe, on the other hand, doesn’t appear to be picking sides as Cynthia and Peter work out their differences. On WWHL, she said that she had also been messaging with Peter that day and that he is “doing okay.” Peter also came out in April 2016 to support NeNe at her one-woman performance, despite the fact that his marriage had reached another snag.