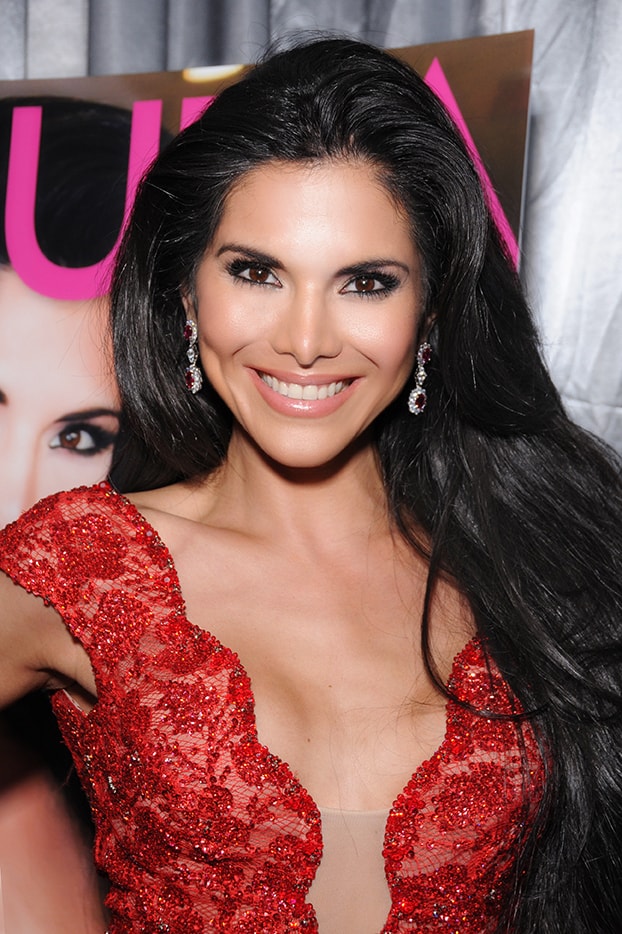 Joyce Giraud de Ohoven is a popular Puerto Rican actress, model, philanthropist, television and film producer, and beauty queen. In 1998, she won the title of the second runner-up during the 1998 edition of the most prestigious pageant in the world, Miss Universe.

Back in 2021, Joyce Giraud’s net worth is estimated to be around $10 Million. Her job as an actress and model is her main source of income. She has been cast into various movies and reality tv shows since her acting debut, such as The Real Housewives of Beverly Hills where she was part for one season. (1)

It is also worth mentioning that Joyce Giraud is married to a rich and influential man, Academy Award-nominated producer Michael Ohoven who is the founder and CEO of Infinity Media. His estimated net worth is around $50 Million.

Joyce Giraud was born Joyce Marie Giraud Mojica in Aguas Buenas, Puerto Rico to Iris Mojica and Enrique Giraud Quirindongo on April 4, 1975. She is currently 46 years old. Growing up in Puerto Rico was very far from her glamorous life in Beverly Hills. At a young age, she would help her parents in milking their cows, feeding the chickens, and other farming stuff. 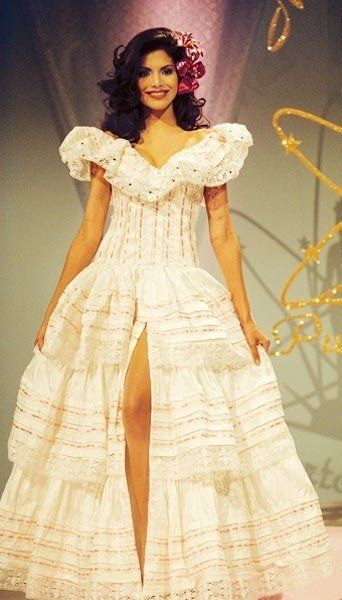 Life in Puerto Rico was very hard for Joyce. She was bullied as a child. She was body-shamed at such a young age because, by Puerto Rican beauty standards, Joyce Giraud’s body was seen as too skinny.  Puerto Rican women had voluptuous bodies and so Joyce was being called Olive Oyl ( in Popeye) because her body was said to resemble hers. (2)

Joyce Giraud finished her college degree in Puerto Rico. She attended the Interamerican University of Puerto Rico where she got two degrees, one in Social Work and one in Special Education.

Joyce Giraud is married to a German film producer named Michael Ohoven. Michael is the son of German Investment banker Mario Ohoven and UNESCO  Ambassador Ulte-Henriette Ohoven. He is the CEO and founder of Infinity Media.

The couple have two sons, Valentino Ohoven and Leonardo Ohoven.  (3)

Joyce Giraud comes from a not so well-off family in Puerto Rico so in order to finance her studies in the university, she started modeling, and eventually, she became one of the top models of Puerto Rico. After venturing to modeling, Joyce tried her luck in the world of pageantry. She first tried her luck in   Miss World Puerto Rico in 1994 which she won. She eventually competed in the Miss World pageant, representing Puerto Rico. She wasn’t successful in taking the Miss World crown but was able to make it to the Top 10. The eventual winner of the crown was Miss World India, Aishwarya Rai.

Although heartbroken for her loss in her first-ever international pageant, Joyce Giraud tried her luck again, she was crowned Miss Universe Puerto Rico 1998 and eventually competed in the 1998 Miss Universe pageant where she placed second-runner up.

Miss Universe opened so many doors for Joyce Giraud. After the pageant, she was discovered by Vicente Castro, a renowned film director. He cast her as the lead in his Coralito Tiene  Dos Maridos, a remake of Sonia Braga’s Dona Flor Y Sus Dos Moridos. The film gained many positive reviews from Puerto Rican viewers that it made Joyce Giraud an in-demand actress.

After acting in many roles in her home country, she decided to take a leap of faith and traveled to the United States. In Miami, Florida she continued her thriving modeling career. However, in 2001 she became an undefeated model of Star Search and then moved to Los Angeles where she was offered to appear in many films and tv shows.

As an actress, she was able to have roles in Girl with the Dragon Tattoo, Slayer, and she was even a part of Michael Jackson’s music video for Miss Castaway. She’s also starred in tv shows like Baywatch, The  Suite Life of Zack and Cody, Heist, and Joey. She was also a part of House of Payne for two seasons. However, she was most notable for her appearance in Bravo’s The Real Housewives of Beverly Hills.

In 2012, she created an international pageant called Queen of the Universe, which benefits the programs of the UNESCO Foundation for Children in Need. Joyce Giraud is also a philanthropist. As a native of Puerto Rico, she was exposed to the hardships of life and this has greatly contributed to the various charity works that she has done. The pageant she founded was able to build a school in Senegal. (4)

Joyce Giraud joined The Real Housewives of Beverly Hills in the fourth season in 2013. She was cast along with her friend Carlton Gebbia, and the other cast members Kim Richards, Kyle Richards, Lisa Vanderpump, Brandi Glanville, and Yolanda Hadid.

She only lasted in the show for only one season, but her charm and beauty captured the hearts of many. However, RHOBH won’t be RHOBH without the drama. In her season, she was able to get into a drama with Carlton Gebbia and Brandi Glanville. The reason for Gebbia and Giraud’s drama was the latter’s disbelief of witchcraft. Gebbia’s a self-proclaimed witch took offense to this and told Giraud that she would believe it once it happens to her. Her statement seemed to pose threat to Joyce.  Brandi Glanville’s unfiltered mouth was the reason behind the drama of the two. They would constantly berate each other, to the point that Glanville called Joyce, Jaclyn because Joyce seemed like a ‘big fat pig’ which offended Joyce greatly. (5)

Gebbia and Giraud were fired from the show after season four because of lack of drama.