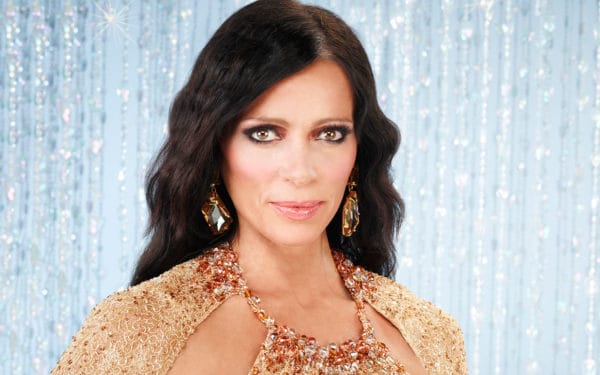 Carlton Elizabeth, most notably known as Carlton Gebbia is a British architectural interior designer, reality star, and actress who is most notably known for her appearance in the reality tv show, The Real Housewives of Beverly Hills. As an actress, she is known for the films, Time Share, Suddenly Susan, The Sexperiment, and the Eyes of the Serpent Raven.

During her time in the show, Carlton Gebbia is estimated to be worth around $100 Million. Her career as an interior designer and actress is her main source of income. Because of this impressive net worth, she is one of the richest Real Housewives of Beverly Hills Cast. (1)

However, this net worth may have reduced over the years since she and her husband, David Gebbia divorced in 2017. Since leaving the show, Carlton has lived a somewhat low-key life so we can never tell if this net worth is still accurate, leaving her fans quite curious.

Before finding herself in the blinding lights of Hollywood. Carlton Elizabeth was just a normal teenage girl in London but she was not born there. Carlton was born in South Africa, on  October 17, 1973, making her 48 years old now.

Since she was a girl with big dreams, Carlton Gebbia left London in pursuit of an acting career. She left London and then relocated to Los Angeles, California.  Carlton grew up under a Pagan grandmother who often practiced witchcraft so she was able to adopt this belief herself. However, she clarified that she isn’t part of a Wiccan group but she practices traditional witchcraft. (2)

Carlton Elizabeth has a Bachelor’s degree in marketing, design and communication from a university in Italy.

For 18  or so years, Carlton Gebbia was married to the father of her three children, Mysteri Gebbia, Destiny Gebbia and Cross Gebbia, David Gebbia.  David Gebbia and Carlton Elizabeth first exchanged vows in September of 1997.

David Gebbia is a successful businessman with a financial services firm, a sports management, and a construction company.  They were a perfect match since Carlton was an interior designer. David also owns Stockcross Financial Services, a highly successful brokerage firm in Beverly Hills.

The couple and their children lived in a massive 75,00 sq. foot Gothic-style mansion in Beverly Hills. However, their love for each other had gradually decreased over time until there was no more left.  In 2016, David Gebbia divorced the reality star and since then Carlton started living a lowkey life.

After the divorce, Carlton and David Gebbia put their house on the market for $14 Million. The amount was significantly cheaper compared to their initial plan of selling for $22 Million. (3)

After moving to the United State from London, Carlton started her professional career as an actress. She has been part of various projects such as, “Eyes of the Serpent.” “Suddenly Susan”, “The Young and The Restless, “Rime Share,” and “Pretty When You Cry.” After marrying David Gebbia, she drew her attention to interior design which was effective for their construction company.

Aside from her career as an actress and interior designer, Carlton is also a children’s book author and a horror movie scriptwriter. As of the moment, nothing new and important has come since she is already living a quiet life. (4)

During her first season in season 4 of RHOBH, the main drama was her practice of Wiccan. Her co-star Kyle Richards is the most concerned about her belief since she was worried that she might cast a spell on them. In this season, she also got into a head to head argument with Giraud de Ohoven.

Because of the drama, she faced in the show, Carlton only left after 1 season. Some other drama she was part of was when Brandi Glanville revealed that she and Carlton has kissed.

In an episode of Watch What Happens Live, Andy Cohen has admitted to Lisa Vanderpump that Carlton really had bad editing. In a podcast with Brandi Glanville, Gebbia admitted her desire to come back to the show despite being fired. Carlton was replaced by Eileen Davidson and Lisa Rinna. (5)