What Happened at the End of Season 1 of The Flash? 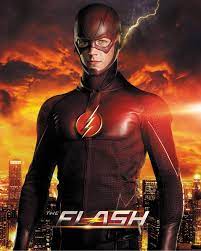 Rundown of The Flash Season 1 Finale 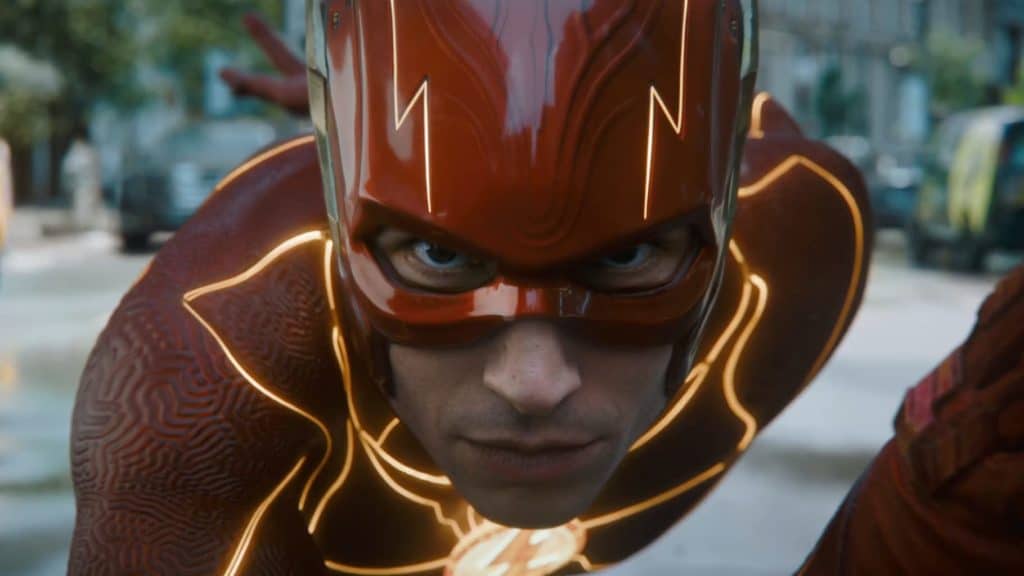 With all of Eobard’s (Matt Letscher) mischief, Barry ( Grant Gustin) has every reason to want to kill the man who has flipped his life upside down. Instead, Eobard offers Barry a way to fix the past and correct all of his wrongs and a one-way ticket back to his home time for Reverse Flash. Barry takes the chance to save his mother exceptionally seriously. He should because it has been the driving factor throughout the season.

Barry is back where he started since the father figures have different counsel. He should embrace his unique abilities to change the course of history. Dr. Stein (Victor Garber) warns him of the infinitely unfathomable “Butterfly Effect” of time travel. The rest of the STAR Labs crew is content to let Barry make the call.

The Flash is now responsible for tying up loose ends in relationships. Iris tells a tearful Barry that it’s past time for him to do something for himself, while Eddie (Rick Cosnett) approaches Iris (Candice Patton) later to persuade her that the events that brought them together were just coincidences. 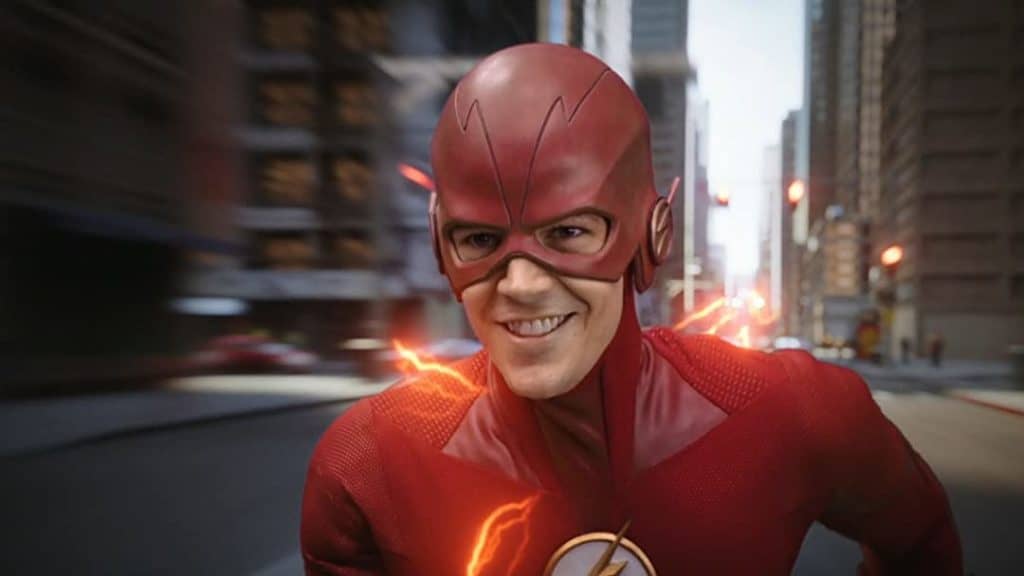 Future Barry Saves the Past

The recent finding is that establishing a rift in time could cause a singularity that could swallow the entire Earth. Barry resolves to carry through with his plan to save his mother’s life. Ronnie (Robbie Amell) and Cisco (Carlos Valdes) are rebuilding Eobard’s time machine as part of the plot to send the crazy scientist back into the future if Barry succeeds.

To access the wormhole in time, the Scarlet Speedster must sustain a Mach 2 speed in the particle accelerator. He must also fulfill his goal in one minute and fifty-two seconds or risk destroying the Earth.

Barry’s plan goes off without a hitch as he reaches Mach 2 and gains access to the Speed Force. This allows him to see various points in time throughout his journey. Concentrating on the night his mother died gets him to the right place at the right time.

The future Barry waves him away from what he’s going to do as he approaches the chamber. After Future Barry saves Past Barry from Eobard Thawne, Present Barry closes the door and lets Reverse Flash kill his mother. Present Barry gets to say his goodbyes to his mother. He tells her that he’s okay and that he and his father are still alive and well. 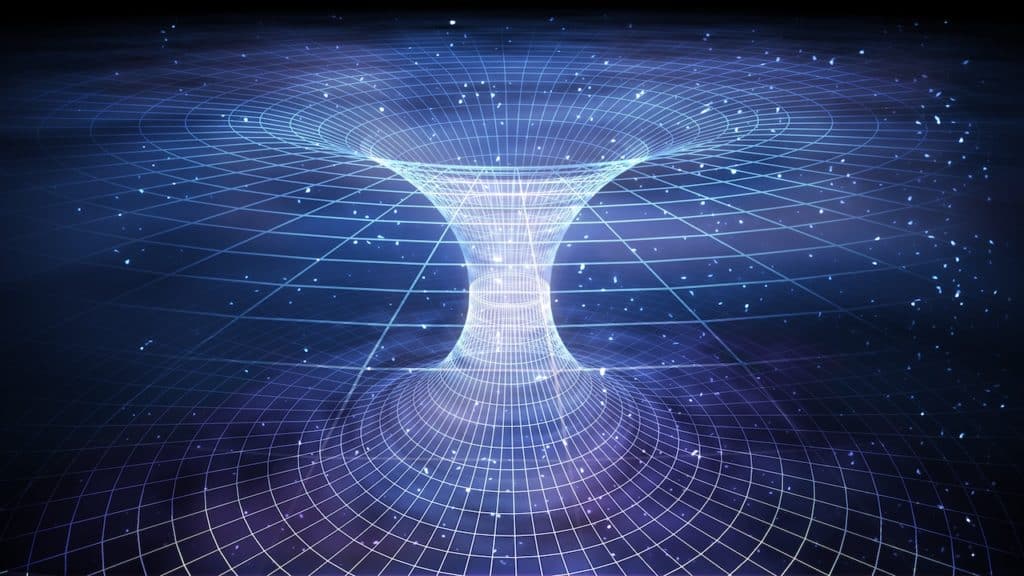 Wormhole Must be Shut-Off

While Eobard settles into his Time Sphere, the lab crew keeps an eye on the clock to see when the wormhole must be shut off. This is to avoid a global catastrophe. Barry rushes out of the portal and smashes right through Eobard’s invention. He knocks them both to the ground before they can react. As they fight, chaos follows, and Ronnie and Caitlin attempt to close the portal in the nick of time.

A little earlier, Eddie realizes that Eobard would not have existed if it weren’t for him, so he makes the ultimate sacrifice. While this accomplishes the goal of eradicating Eobard from existence, it is a fleeting success. As the team tries a last-minute escape, a singularity emerges and begins to consume the lab.

The black hole is rapidly expanding and swallowing Central City. Barry has a chance to stop it if he can run fast enough and generate enough power to disturb its creation. Barry begins ascending a floating skyscraper to run circles around the black hole.

Brief Recap of The Flash Season 1 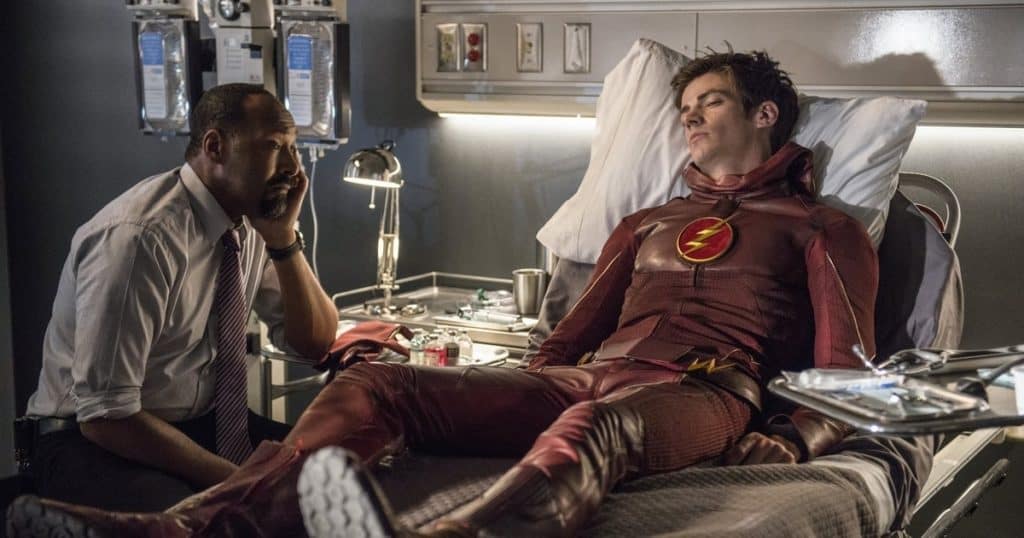 Barry is on a new Program

STAR Labs starts up the accelerator for its first run. Barry Allen looks over his notes about his mother’s death while a furious thunderstorm hits the city. He is caught in the aftermath of a massive explosion that rips through the city. He watches in slow motion as the crime lab around him is demolished before being struck by lightning and falling into a coma.

Barry wakes up nine months to discover he’s on a new program and has extraordinary super speed and super-speeding abilities. He rapidly learns that he must combine his new obligations as a superhero, crime fighter, and science experiment with his more mundane day job.

His friends in STAR Labs not only assist Barry in figuring out his abilities, but they also try to keep him alive in his battles against other metahumans. This is by deducing their weaknesses. STAR Labs becomes a sort of holding facility for individuals. Barry defeats as it becomes clear that there are quite a few dangerous metahumans out there. 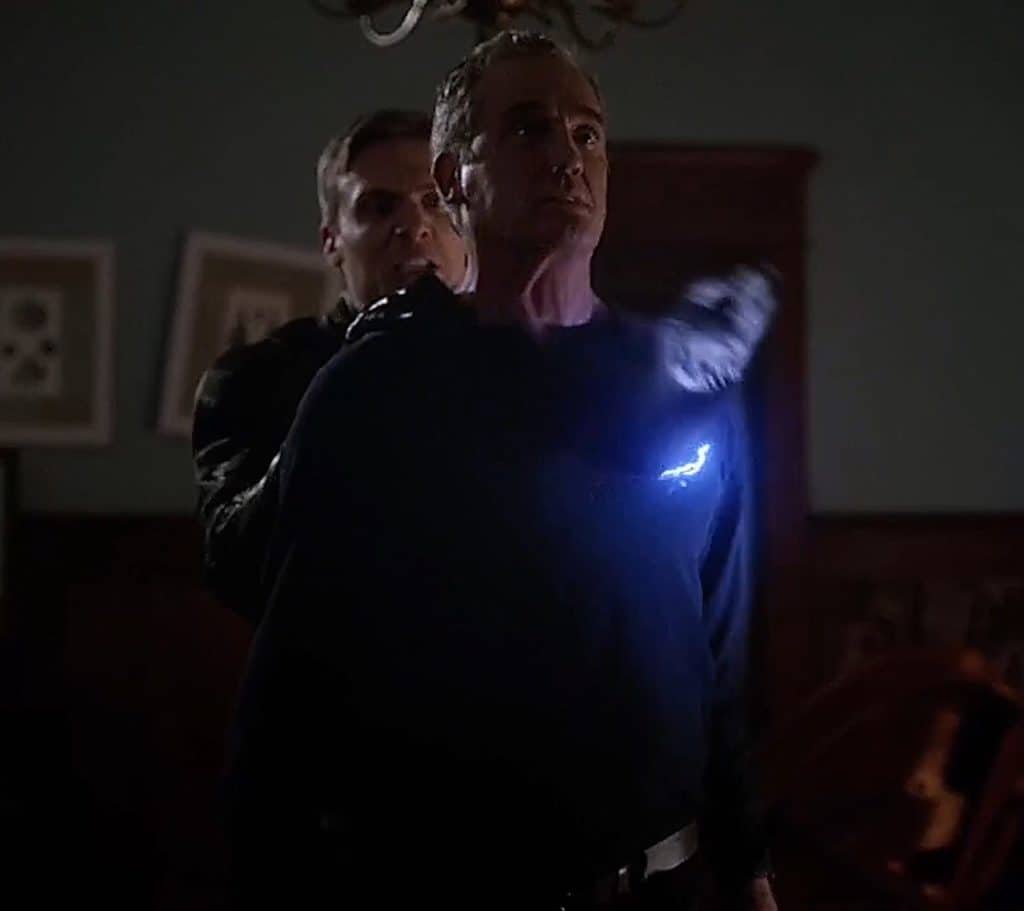 Caitlin (Danielle Panabaker) is a bioengineering expert who assists in determining Barry’s and the other metahumans’ talents on a molecular level. She was also engaged to Ronnie Raymond. He is the facility’s structural engineer, who was likely murdered. He sacrificed himself to save others after the accelerator’s explosion.

Cisco is a clever mechanical engineer who adds to the team youthful energy and wit, and knowledge of weaponry and other technologies. Such Barry’s heat-resistant crime-fighting outfit was created initially for firefighters.

Detective Eddie Thawne and Detective Joe West (Jesse L. Martin) of the Central City Police Department are among Barry’s allies. On the other hand, West is effectively Barry’s second father. Having adopted him when his mother was murdered and his biological father was sentenced to prison. West is one of the few people who knows Barry’s true identity. He works to keep him safe while encouraging him to combat crime. 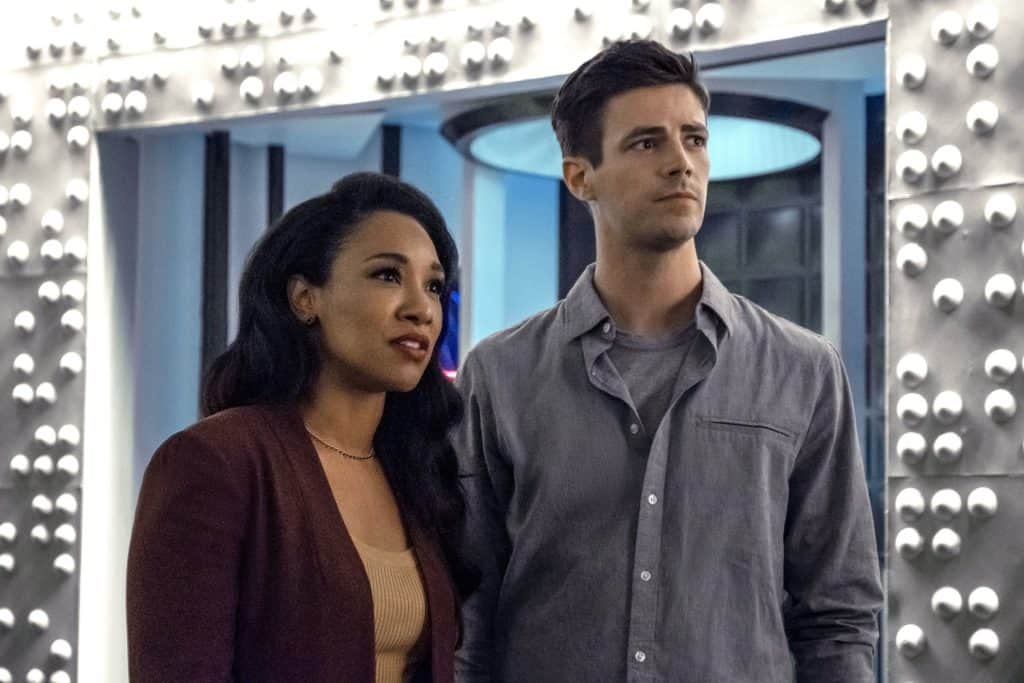 The Flash has plenty of possibilities to explore, with Barry at the center of several love triangles. First up is Iris West, Joe West’s daughter, and Barry’s closest friend-adopted sister. Barry struggles with his feelings for Iris and even admits to them at one point.

The problem is that Iris only sees Barry as a friend. It is worsened by her ongoing romance with Eddie Thawne and her newfound obsession with The Flash himself. Barry has trouble distinguishing between his costumed character and his genuine self when it comes to Iris.

He’s also dabbled in international romance, flirting with Team Arrow’s Felicity (Emily Bett Rickards) on several occasions. You’d think the two would get along because they’re both smart, Felicity has masks, and Barry has a thing for damsels in distress. They gave it all, resulting in an uneasy but friendly friendship.

Dr. Harrison Wells is a talented scientist who came to Central City to fund and supervise the particle accelerator but was allegedly paralyzed from the waist down after it exploded. He employs his knowledge and intelligence to assist Barry in overcoming his limits. 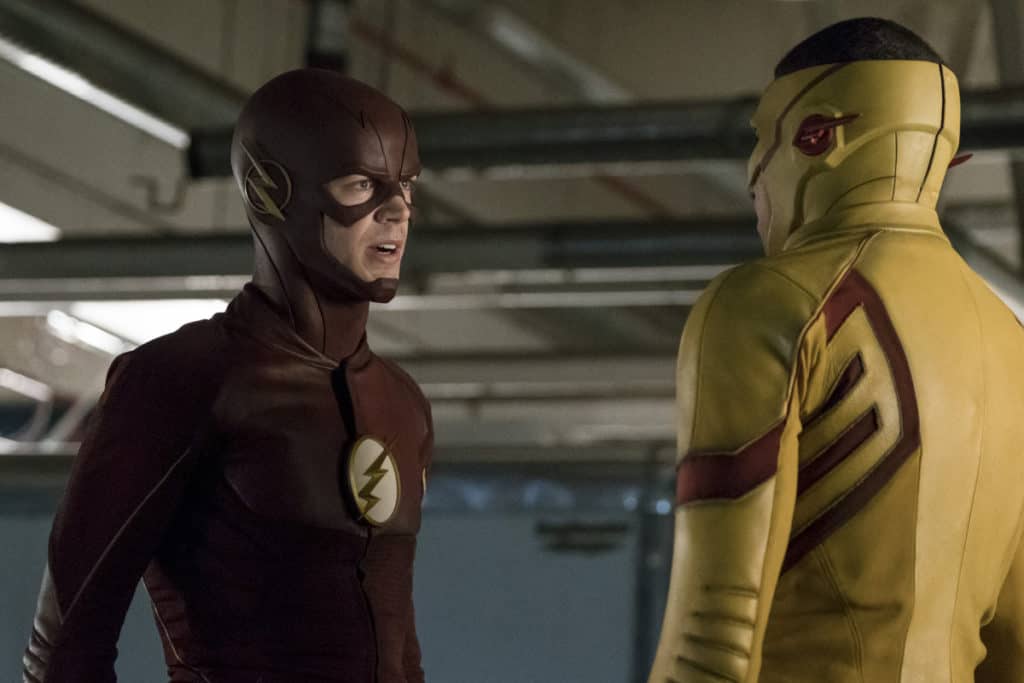 Now that he’s evolved superhuman talents, he has a real chance of gaining justice. The trouble is that the solution to that puzzle was right in front of Barry’s eyes since he joined the STAR Labs team.

Dr. Wells (Tom Cavanagh) had some ulterior goals for Barry, not just the best intentions. What Wells has planned for the speedster is still a mystery. He has a cutting-edge AI system with access to future news headlines and an obsessive desire to guide Barry along a particular route. 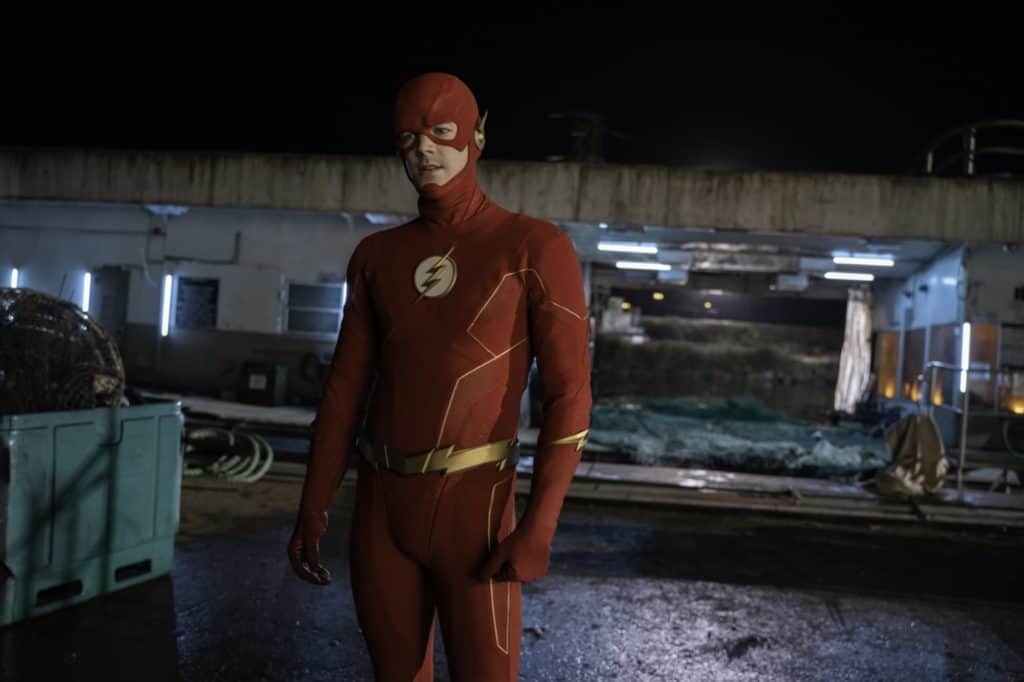