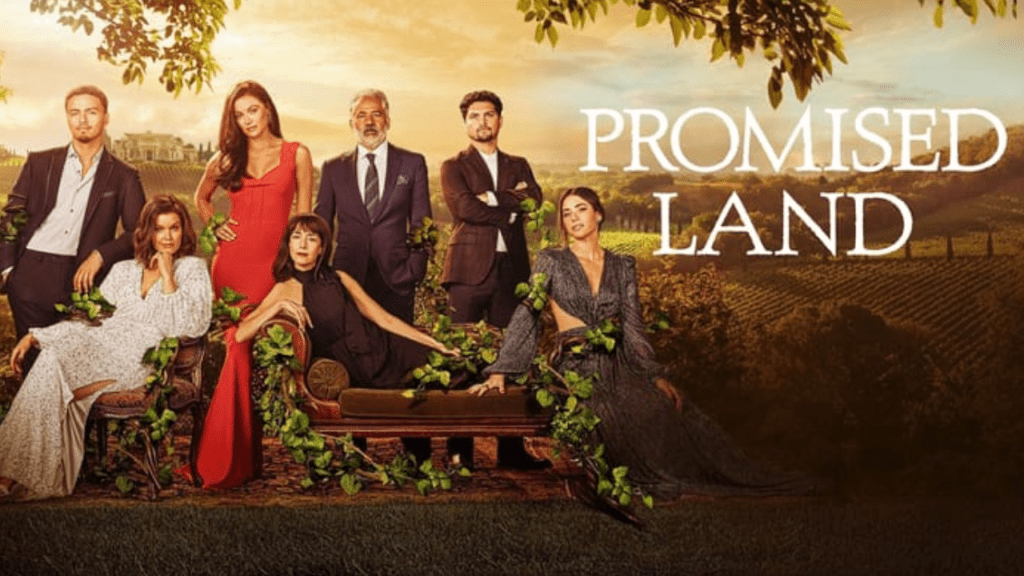 In the first season of Promised Land, Joe Sandoval. the patriarch of two mestizo families in California who together own a thriving vineyard and is preparing to pass it on to the next generation. The hotel owner who blames Sandoval who bought the vineyard from her father for the death of Sandoval’s father is one of two subplots.

The other involves the difficulties posed by undocumented Mexican immigrants who come to work at the vineyard. 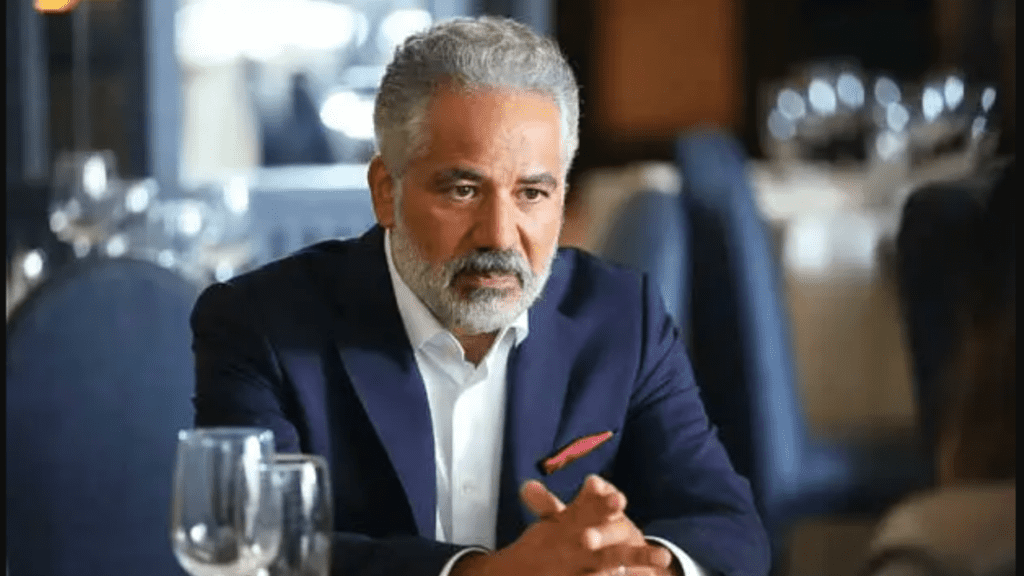 The future of the Sandoval family‘s winery in Sonoma Valley is uncertain, and Joe Sandoval‘s (John Ortiz) alliances and loyalties are put to the test. The Sánchez sisters, Juana Sánchez (Katya Martín) and Rosa Sánchez (Ariana Guerra), and Carlos Rincón (Andres Velez) leave Mexico for the United States in quest of a better life, even though the two countries are only a short distance apart geographically.

Joe visits a wine farmhouse and discovers a truck covered by a tarp parked outside. After 30 years, he finally uncovers the blue truck that drove him and Lettie to Heritage House. With memories of his first days working in the field with Lettie and Billy flashing before his eyes, he drives it through the vineyard and inspects the grapes. 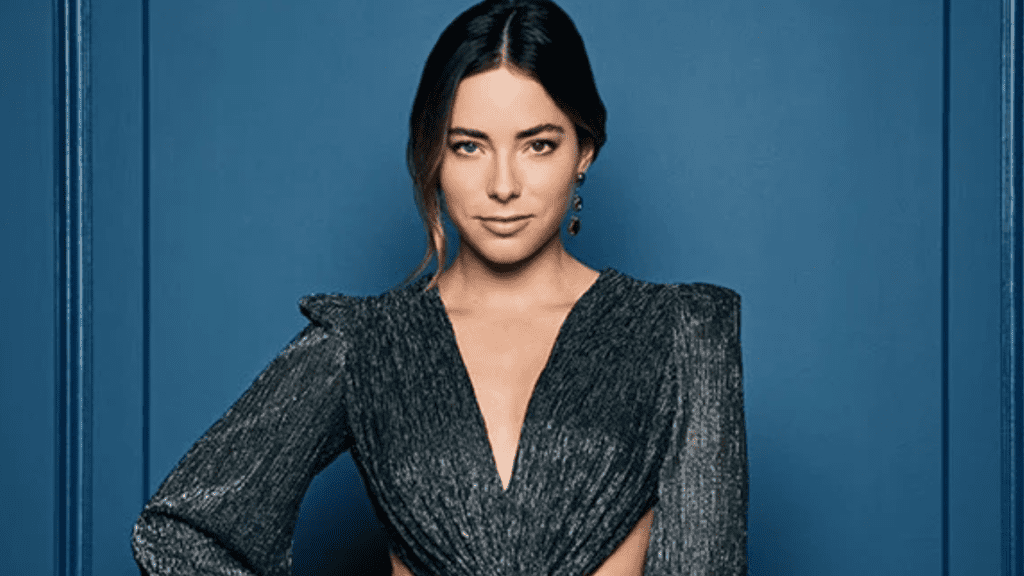 Carmen Sandoval (Mariel Molino) stands by Veronica Sandoval (Christina Ochoa) when she needs help, and Lettie Sandoval (Cecilia Suárez) can no longer tolerate Junior’s wrongdoing. Still, Joe has his own problems as Mateo Flores (Augusto Aguilera) threatens to expose his past, and Margaret conspires to impede his future.

When Lettie repaired Billy’s jeans, he tried to thank her in English before she left to help Hector in the fields. After witnessing his brother flirt with the lady Joe has a crush on, Joe lashes out and punches him.

A camp payphone begins to chime. When another employee picks up, they ask if anyone there goes by the name Juana. With terror in her eyes, Lettie stares at Joe.

She takes a step toward the telephone. Hearing the man on the other end of the line tells the caller that no one working there goes by the name Juana, she turns to observe him. Lettie knows she just has a moment left, so she hurries to the phone. 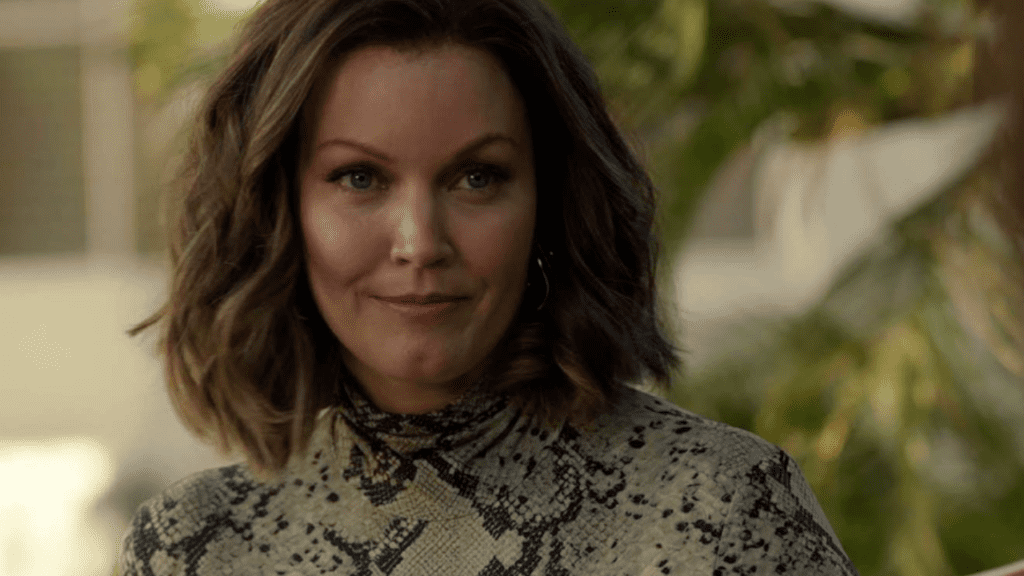 In front of Heritage House, Joe sees a downcast Junior and learns that he won’t be coaching today since the volleyball team uses the school’s lone van. They arrive at Junior’s Catholic school in a luxurious van not long after. Joe instructs Junior to inform Father Ramos of the good news. Still, Junior insists that Joe should instead come inside to meet him.

Lettie and Billy go to church and end up in a pew together. Following the family recipe, she admitted that Marta had cooked the polvorones she had handed him in a container. After eating some cookies, Billy cleans the powdered sugar from Lettie’s cheek as Joe and Junior approach from behind. Joe pauses as he sees a familiar face seated next to the priest. 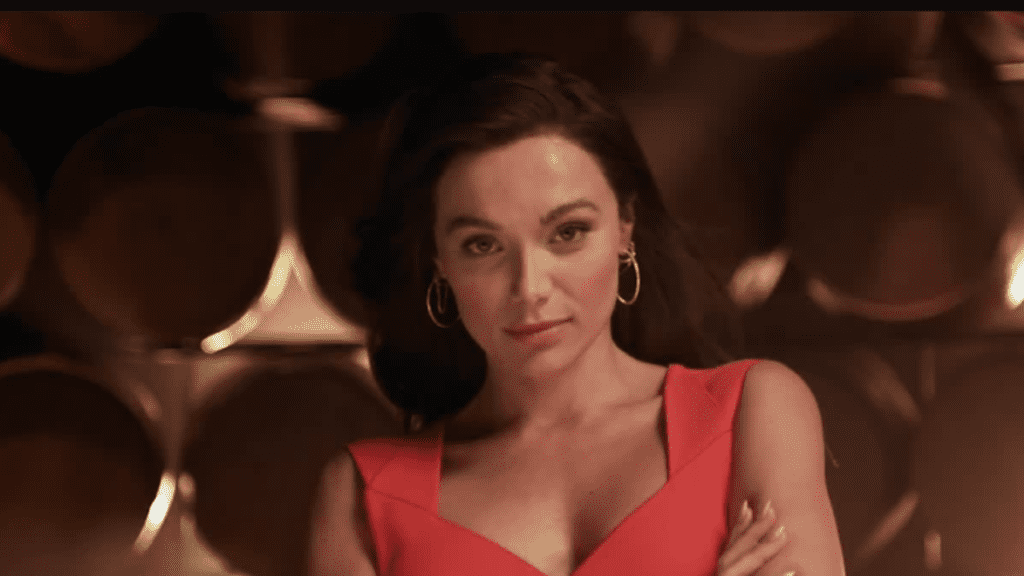 Rosa arrived at Heritage House in 1987, and, with Lettie by her side, they lay on a blanket in the vineyard to gaze at the stars. Billy cracks open the bottle of wine that Margaret had given them as a gift. Joe sits with Lettie as Billy fills Rosa’s glass and explains how terrified he was when he realized she had stolen the rifle.

She admits feeling afraid but keeping faith that he will return for her. The four companions raise a glass to the great nation of America.

The return of Father Ramos to Sonoma causes a stir among the Sandoval clan. Lettie and Joe go through a hard patch. Margaret looks forward to celebrating Carmen’s silver anniversary. Young Lettie, Joe, and Billy embark on a mission outside of town.

The return of Father Ramos (Yul Vazquez) to Sonoma causes a stir among the Sandoval clan. Lettie and Joe go through a hard patch; Margaret looks forward to celebrating Carmen’s silver anniversary; and young Lettie, Joe, and Billy Rincón (Rolando Chusan) leave town on a mission. 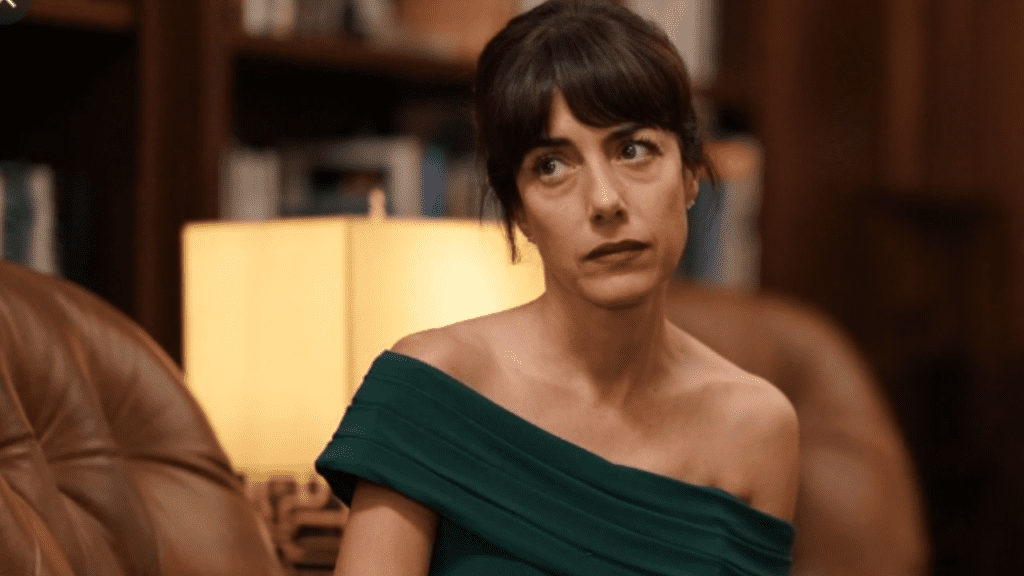 In 1987, while Rosa and Joe are putting Billy’s father to bed, Lettie is there to comfort him. Billy stepped up to be a father figure for his younger brother without a father figure in his life. He helped him to come to the United States and secure legal residency and employment. Lettie expresses her appreciation for Billy’s kindness toward her and Rosa.

Joe wakes Manuel the following day to inform him he needs to leave. They’ve taken their fight outdoors to the trailer park. Manual admits he hasn’t been the best father but insists he can improve.

Joe gives his father an abrupt wad of cash and instructs him to take it and run. And with that, Manuel walks out of Heritage House with the money. Even though Joe is hesitant, he decides to take Father Ramos up on his offer of assistance.

Lettie spends the day with Daniela Perez (Natalia Del Riego), Mateo teams up with Carmen, who he hadn’t expected. The truth about Michael (Andrew J. West) is revealed by Veronica. 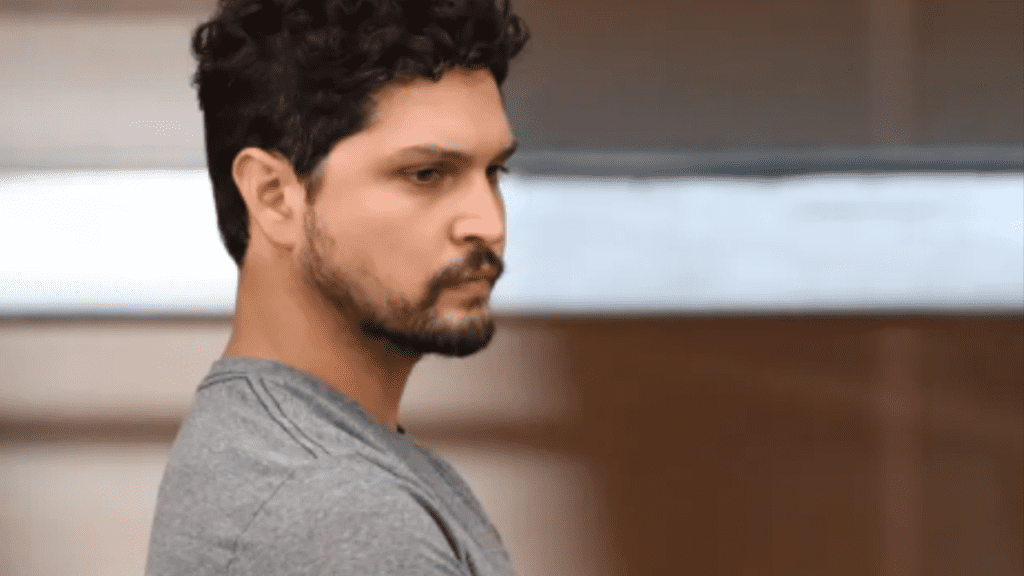 As Mateo and Daniela prepare to depart Heritage House, Marta gives them a hug. As a temporary gift until she can get them a real wedding present, Lettie hands Daniela an envelope stuffed with cash.

They are on a trip to El Salvador so Daniela can officially apply for citizenship in the United States. After being gone for a week, Mateo will return to Sonoma in time for harvest.

Joe watches the broadcast of his address from his office. Behind him, Gonzo enters with a large box that he places on the table. Joe gets to his feet as Gonzo opens the box containing the remains. 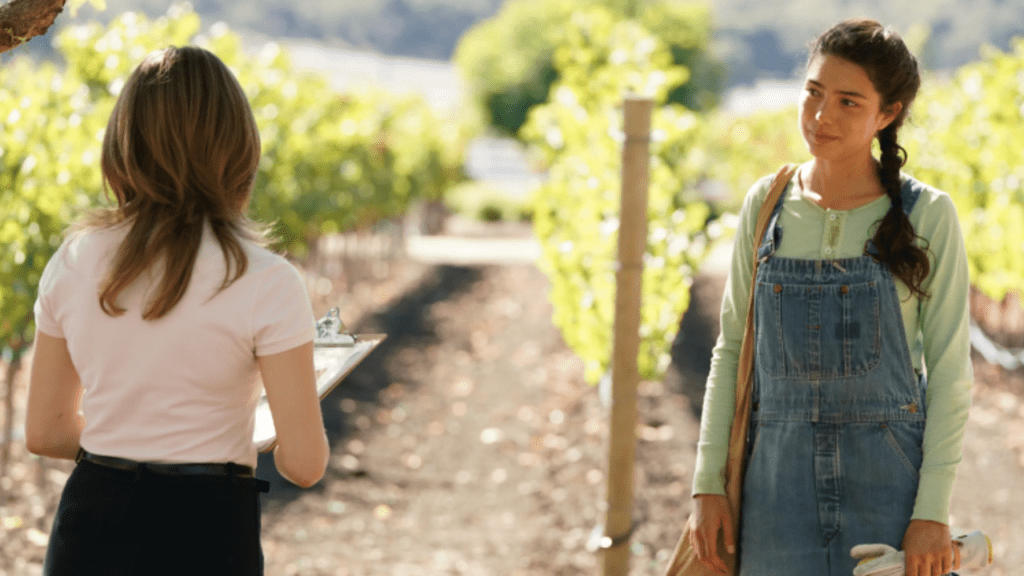 In their early teens, Lettie and Margaret Honeycroft (Bellamy Young) find common ground after experiencing trauma. At the same time, Veronica and Joe enter a tense contract negotiation with the new labor union lawyer, and Carmen teams up with a powerful publicist to throw a tasting event. Antonio Sandoval (Tonatiuh Elizarraraz) uncovers more details about Joe’s past.

In 1989, Lettie and Margaret were conversing in Lettie’s room. Margaret brings up Joe and tells Lettie that she knows that Lettie hopes her connection with Joe won’t come between Billy and Joe, for whom she clearly has affection. The sound of shattering glass downstairs disturbs their discussion. The father of Margaret has left town.

As they creep downstairs, the girls catch a glimpse of a man’s silhouette at O.M. Honeycroft’s desk, sifting through files. He removes one of the pricey wristwatches. Margaret grabs one of her father’s firearms and chases after the thief, hoping to prevent him from getting away.

The man’s identity is concealed by his ski mask. Margaret and the man get into a physical altercation. Lettie has the firearm at her feet. After snatching it, she fires. The ski-masked man speaks to Lettie by name, pleading for assistance in Spanish. 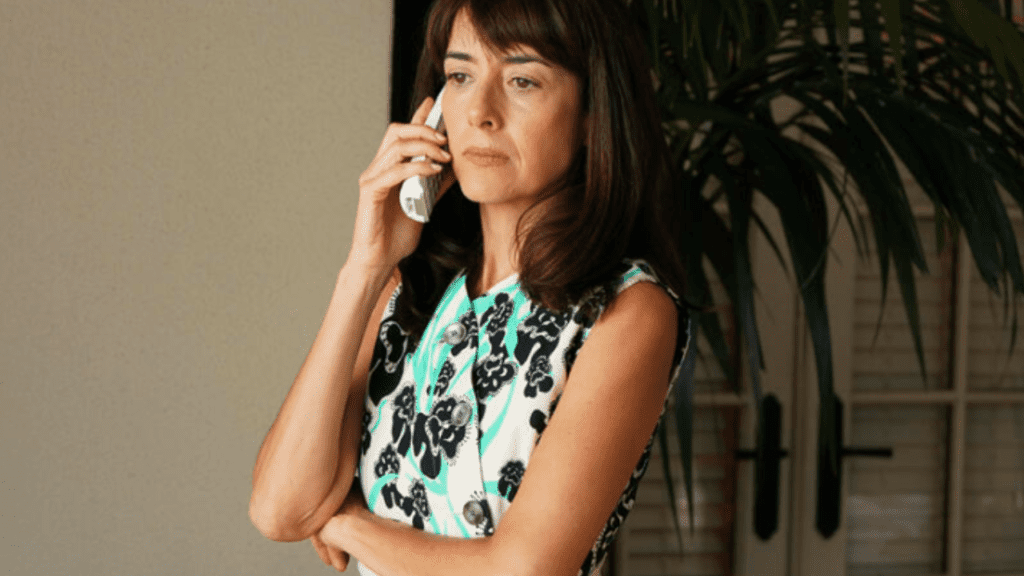 Scared by Joe’s ambition to solve a crime, Lettie seeks refuge with Marta (Susan Ortiz) in the past. At the same time, Marta assists Lettie and Margaret in keeping a secret in the present.

Margaret has a final scene with an unidentified person in her office. She explains that Joe has undergone a transformation and is no longer suited to lead Heritage House. Margaret declares that she is beginning a takeover of Heritage House and would like to join forces with the person across the table who has many shares. 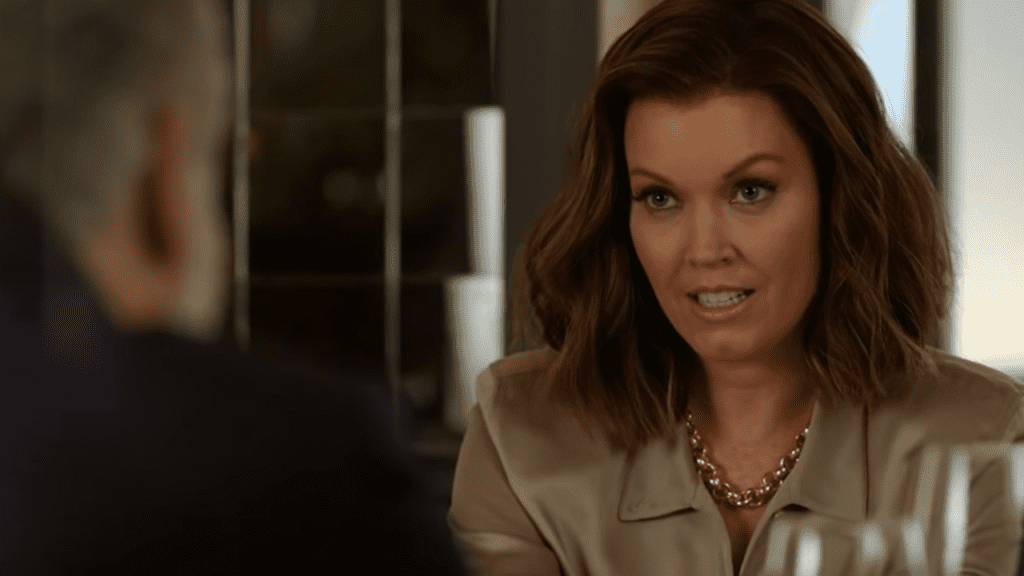 Joe is in a standoff with the labor union during harvest time. While Mateo and Carmen try to secure produce for their labels, Veronica and Antonio consider offers from Margaret, and Lettie makes a life-altering choice.

Joe announces the end of the lockout and asks Marta to make a feast to celebrate the reunion of the family. Lettie comes in through the patio door and walks through the untouched feast on the table to join Joe, who is staring out over the vineyard. He’s elated to share the news of the deal with her.

She abruptly interrupts him to tell him that she’ll no longer need her shares and will be transferring them to him. The wall they’ve built between them is too big to climb. Joe begs Lettie not to leave him since they are so in love. She just waves goodbye and heads back inside. His pleas for her to cease to have no effect. Lettie continues walking through the closed door. 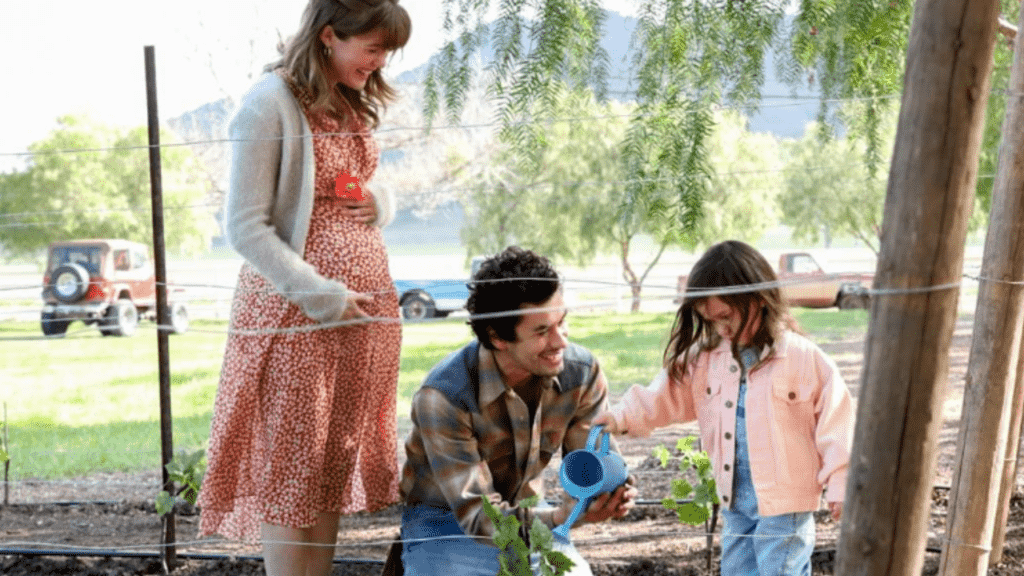 Joe had an epiphany when in the middle of a fight between Margaret and his own children; in the past, Joe found a method to beat Honeycroft, and Lettie had to make a difficult choice.

In 1987, Billy and Lettie celebrated after putting “Mateo” in the carving “Lettie & Billy.” Tossing a Polaroid snapshot of himself with Billy and Lettie into the sink after setting it on fire. He grabs a weapon and heads into the bedroom. But he puts it in a drawer when Margaret comes looking for him and finds him in the trailer.

A short time later, they have a meeting with O.M. in the backyard, where he explains that there is a portion of the vineyard that he has never been able to turn a profit on. After they shake hands, Joe turns his head to look out over the vineyard.

Billy has decided to leave Lettie again, telling her that he thinks it’s best and that she needs some time to herself. As Margaret, Veronica, and Antonio finish up their work in the barrel room, one of the final shots shows Margaret cradling her granddaughter.

Lettie and Billy’s wedding is the final event of the 1987 flashbacks. At the Honeycroft residence, Joe and Margaret are passionately kissing before Joe raises his eyes to the sky.

At present, Joe is currently toiling away at the assigned rows. Lettie sits on the ground behind Joe, beaming as she watches her husband tend to his grapes.