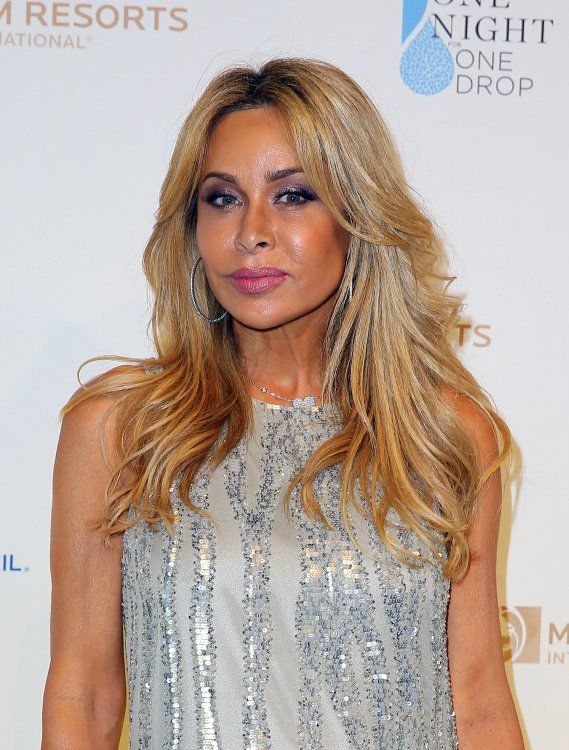 Faye Resnick is an American author, interior designer, model, and reality star. She is best known for her involvement in the O.J. Simpson trial and The Real Housewives of Beverly Hills.  She was the author of the 1994 best-selling book, Nicole Brown Simpson: The Private Diary of a Life Interrupted.

In 2021, Faye Resnick’s main net worth was estimated to be around  $4 Million. These days Faye Resnick’s main source of income is her job as an interior designer. However, during her glory days, Faye was all over the place. She was a model who posed for Playboy magazine and she had a millionaire husband.  $4 million is impressive, but not when compared to the other Real Housewives of Beverly Hills’ net worth, which can be in the 9-figures. (1)

Another source of income that may have contributed greatly to her net worth is the two best-selling books that she wrote. Both of which revolved around her involvement with OJ Simpson and Nicole Brown Simpson. During the height of the case, Faye Resnick used that opportunity to gain publicity for herself and so that may have contributed a lot to her current net worth.

Faye Resnick was no stranger to messy lives. Growing up, she was raised in a pretty messed up household. The reality star was born Faye Denise Hutchison on July 3, 1957, in a northern California town called Brentwood.

Her father was an African-American who abandoned her when she was still very young. Her mom on other hand was Italian-Spanish or of Colombian descent. However, some of her childhood friends said that her mother was of Puerto Rican descent.

After being abandoned by Faye’s father, her mom remarried. This would be the start of hell for the young reality star. In an interview with L.A. Times, Resnick claimed that her stepfather was very physically abusive towards her. He would often beat her up and her mom would often just turn a blind eye.

Faye Resnick’s mom was a nurse during the day and a journalist at night. She was a successful columnist who wrote about holistic medicine. Her mom was a Jehovah’s Witness, which also became one of the reasons why she had a chaotic childhood.

Her mother’s faith convinced her that the end of the world or Armageddon would happen in 1975. She believed her mother and decided to live her life to the fullest.  Afterwards, when she realized that the end of the world was not really a real thing back then she left her mom’s house and moved in with her Aunt in the Bay Area. While living there, she was crowned the 1975 Maid of Hayward.

In 1990, she met and befriended Nicole Brown Simpson, the wife of O.J. Simpson. At that time, Faye was working as a manicurist. The two were basically best friends, they socialized around, Brentwood, Los Angeles and even vacationed in Mexico together. In June of 1994, a concerned Nicole Brown Simpson called Paul Resnick, to tell him that Faye was using cocaine again. Nicole Simpson persuaded her to check into the Exodus Recovery Center in Marina Del Rey, California. However, only three days after the incident, Nicole Simpson and waiter, Ronald Goldman, were found brutally murdered. (2) 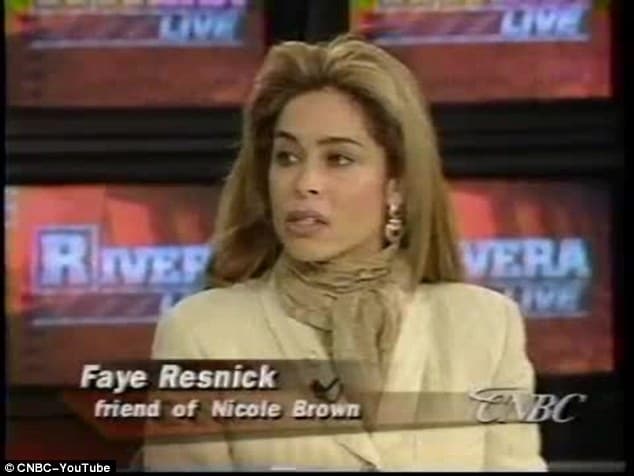 According to sources, Faye Resnick finished her high school education in Northern California. For her college, she studied in a community college whose name was not disclosed. They said that enrolled in the college to take legal classes to potentially pursue a career as a lawyer. 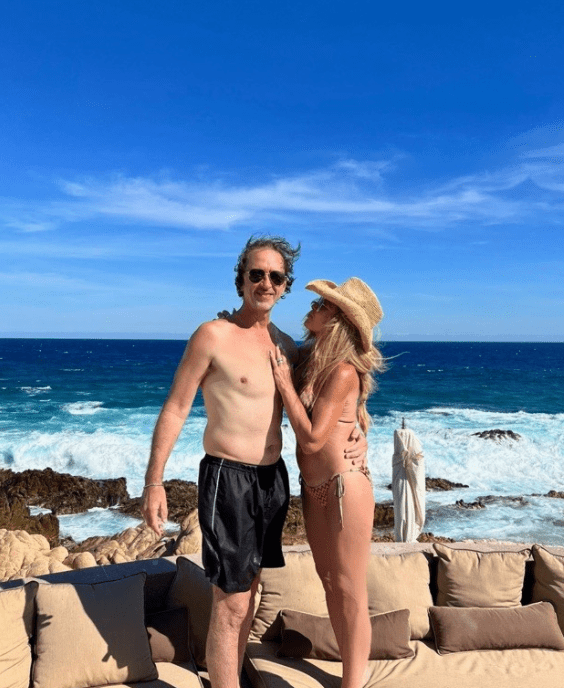 Faye Resnick was married four times in her life. Her first husband was a man named, Rick Barnett whom she married in 1978. However, the two of them divorced only a year after their marriage and Resnick would go on to marry her second husband.

In 1984, he married millionaire businessman Fadi Halabi. During this time, Faye was working as a model in London. The two share a daughter together, Francesca. However, the two would divorce in 1986.

Her third husband was Paul Resnick who is an LA-based millionaire entrepreneur. Paul Resnick earned his fortune in the hotel refurbishment industry.  In the early 1990s, while still married to each other Paul Resnick purchased a $1.3 million home in Beverly Hills for her wife and step-daughter. The home was previously owned by Disney CEO Michael Eisner.

Francesca on the other hand was enrolled in the local Beverly Hills Elementary School where she was a PTA member before her cocaine addiction. In 1991, Faye and Paul Resnick divorced amicably. The settlement she received after the divorce was $194,000.

Today, Faye Resnick’s current husband is Everett Jack Jr. whom she married in 2015.  The of them wed in Kris Jenner’s mansion in Calabasas, California. Resnick donned a Vera Wang dress while she was walking down the aisle with Rick Hilton and Mauricio Umansky by her side. Umansky and Hilton are the husbands of her friends, Kathy Hilton and Kyle Richards. (3) 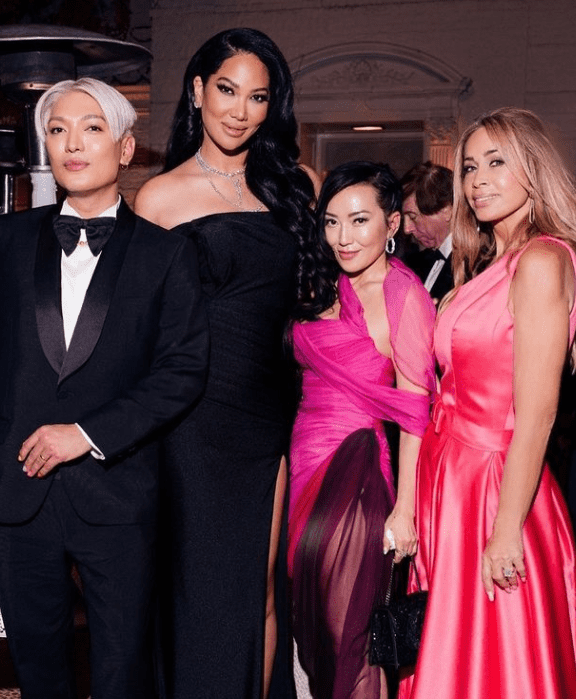 In the 90s, Faye Resnick was at its peak. She basically became famous because of her involvement in the trial of O.J. Simpson. The case was so highly publicized because of the severity of the murders and the high-profile personalities involved that it also caused Ms Resnick’s career to skyrocket.

She is the friend of Nicole Simpson, after meeting in 1990. When she was found brutally murdered together with another friend Ron Goldman, Faye Resnick was a vocal defender of her best friend, Nicole.

However,  Faye seemed to ride along with the fam she got because of her friendship with Nicole Brown Simpson. She wrote two books in connection to the murder trials, one of which was a New York Times Bestseller. Her first book was Nicole Brown Simpson: The Private Diary of a Life Interrupted, this was followed by Shattered: In the Eye of the Storm.

In 1997, she posed for the cover of Playboy magazine for the March 1997 issue and by 2012, she was a part of The Real Housewives of Beverly Hills as a friend of Kyle Richards. She was known as the morally corrupt Faye Resnick during the show.

She has also appeared in several episodes of Keeping Up with the Kardashians since she was also friends with its matriarch Kris Jenner. (4)

Faye Resnick’s first appearance in the show was during season 1 in 2010. She was invited by RHOBH cast member Kyle Richards as her friend.

In season 1, Kyle Richards got into a drama with a drunk Allison DuBois who spoke mean things about her and her marriage to Mauricio Umansky because of this Faye Resnick had to but in and defend her friend. Her unapologetic and brave personality has really  marked in the minds of fans.

In season 2, she appeared during the Malibu Beach Party from Hell together with Kyle Richards, and by season 3 she was she appeared in a few more episodes of the show. During Kyle’s dinner party, Faye Resnick reprimands Brandi Glanville because of her attitude. This caused chaos to ensue. She also got into a verbal argument with Lisa Vanderpump. (5)