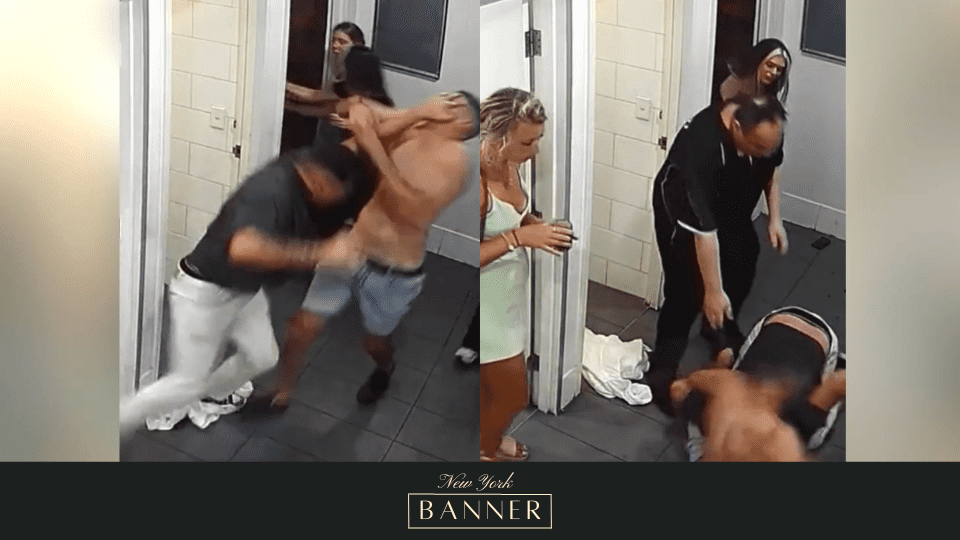 The cleaner’s shocking encounter with the disturbed couple after his innocent knocking on the stall door resulted in him being attacked.

The video footage shows a few people waiting outside the stall, whereas another man and woman appeared to try to open it and knocked on the door several times.

Later, the cleaner attempted to open the door, and the abrupt opening surprised the guests waiting outside. The man inside the stall immediately caused chaos and assaulted the cleaner.

A 28-year-old man has been handed a 12-month sentence with immediate probation following a shocking attack on an employee at a Burleigh Heads nightclub.

CCTV footage shows a cleaner waiting outside a cubicle, before the attacker bursts out of a cubicle and headbutts him.#9News pic.twitter.com/PmhrtF8vwp

A young tennis player being viciously assaulted by her coach after a practice session, video has gone viral

The cleaner seemingly never wants to back down as he tries to defend himself from the guy’s attack. Moreover, the situation allegedly assumed that the pair were having an intimate session inside the stall as the guy came out without his top.

As the cleaner falls on the floor, he is shoved against a wall, and the attacker continues to attack him. After then, a blond woman in a green dress was seen slipping out of the restroom.

The attacker was identified as Billy Dean Fallon, age 28, and he was an ex-army technician.

A Billy was sentenced to community service after aggressively attacking a Gold Coast nightclub cleaner who interrupted his and his girlfriend “getting intimate” moment in a toilet stall. 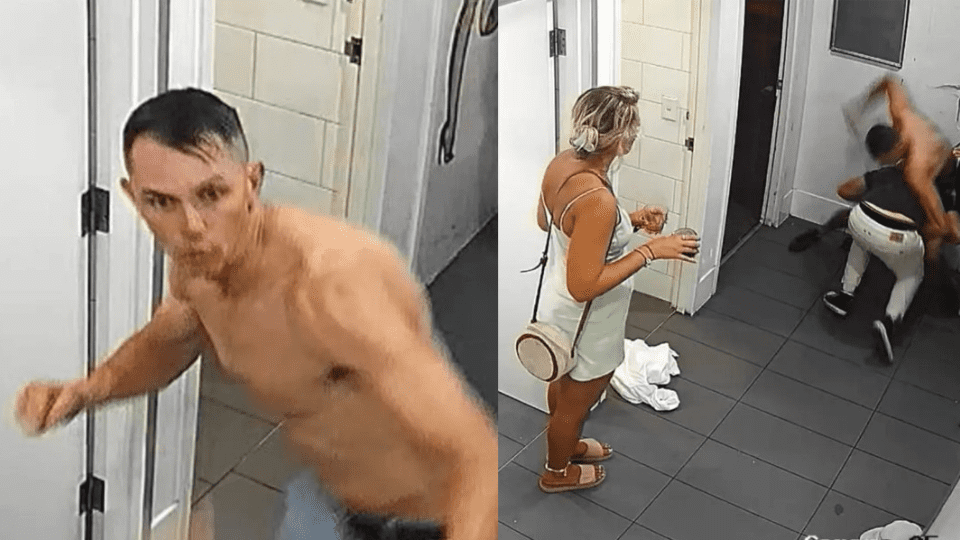 Moreover, Fallon also acknowledged his action of assault causing bodily harm on Monday at Southport Magistrates Court, according to the Gold Coast Bulletin.

It was also stated in court that the pair were in the “midst of an intimate encounter.” Unfortunately, the cleaner was reportedly left with a broken nose.

Billy was sentenced to one year in prison but was given early release. However, he was compelled to pay $1,500 to his victim.

🤭🤭🤭 Reminder to self never to interrupt a man getting "busy".

🤭🤭🤭 Reminder to self never to interrupt a man getting "busy". https://t.co/YXunFOrOtP

Ol mates on the news again 🫢🤫

Mexico Mass Poisoning: Estimated Of 60 Students Fall Ill Inexplicably, What Could Be The Cause?