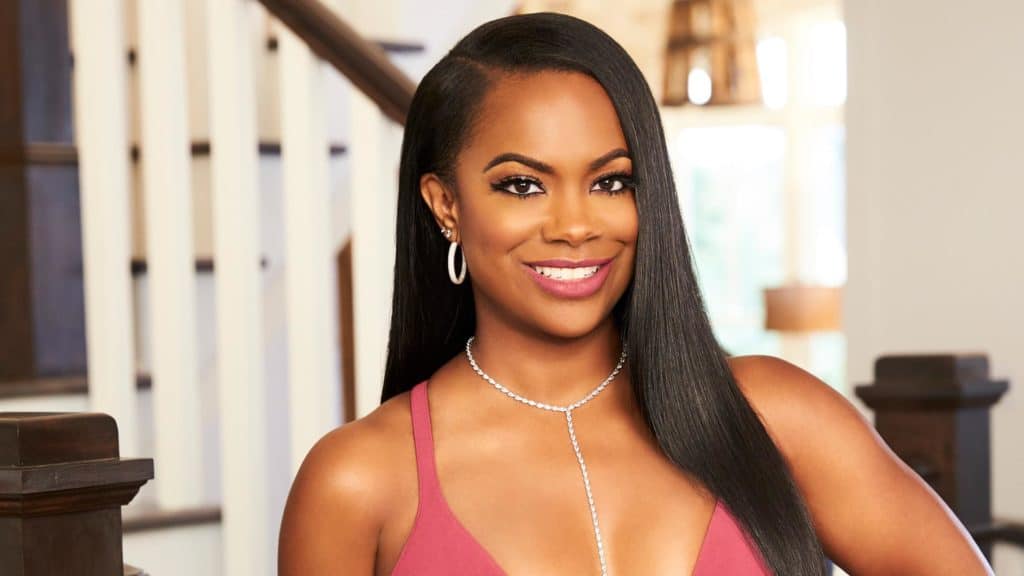 Kandi Lenice Burruss-Tucker, better known by her stage name Kandi, is a producer, television personality, businesswoman, singer, and actress from the United States. She rose to prominence as a member of the female vocal quartet Xscape in 1992.

Kandi is also recognized for being the songwriting powerhouse behind TLC’s smash No. 1 single “No Scrubs,” which garnered the Grammy Award for Best R&B Song in 2000. Kandi was also bestowed the ASCAP Rhythm & Soul Music Award for Songwriter of the Year. Other songs penned by Kandi include Destiny’s Child’s “Bills, Bills, Bills” and Pink’s “There You Go.”

In 2021, Kandi Burruss has a net worth of $30 million dollars. This makes her the richest housewife of the Atlanta Housewives franchise. Moreover, she earns about $2 million per season and is the highest-paid. (1)

Her earnings are derived not only from her role as a housewife on Bravo’s The Real Housewives of Atlanta since the second season, but also from her notable work as a singer and songwriter. She’s also appeared on various reality tv programs like the Masked Singer where she finished fifth, and on Celebrity Big brother where she also landed the fifth place.

When her group Xscape decided to take a break, she started to write songs for artists like Whitney Houston, Usher, Mariah Carey and Alicia Keys, and many more.

Kandi tried her hand at entrepreneurship alongside her successful career as a musician, starting her own record label and launching a line of high-end sex toys. She has her own cosmetics line, Kandi Koated. She and her husband, Todd Tucker, also run a restaurant franchise in Atlanta.

Burruss is the daughter of Reverend Titus Burruss Jr. and Joyce Jones, and was born in East Point, Georgia on May 17, 1976, making her 45 years old now. Burruss has religious roots being the granddaughter of bishops.

She has one sibling. Her older brother Patrick Riley who was born on 1968 was killed in a vehicle accident in 1991, aged at only 22 years old. Burruss would act as though he was still at school rather than having died, which helped her cope with her grief. (2)

It was known early on that she has a talent with music. She developed her talent way back when she was young. She stated that her entrepreneurial mind started to bud as a child, making it a point to save money and have something stashed away. Her family was not rich while she was growing up. 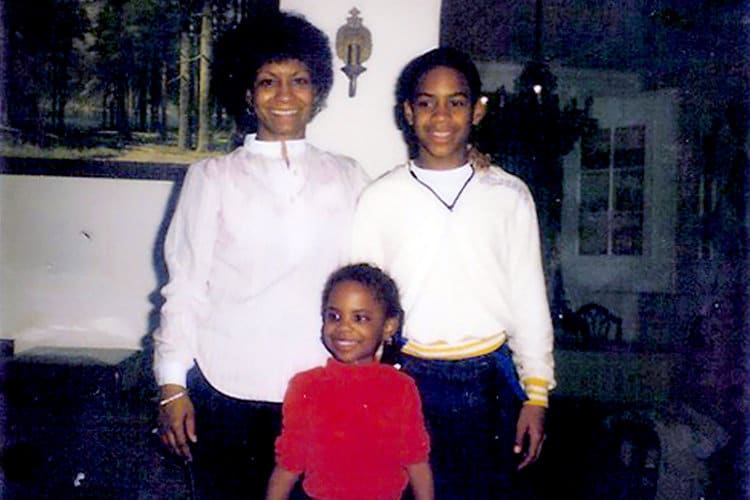 She has a tight knit relationship with her mother with whom she frequently drives around wealthy neighborhoods and large houses.

Kandi Burruss graduated from East Point, Georgia’s Tri-Cities High School in 1994. She was not able to pursue college as her career skyrocketed as early as 9th grade.

It was on January 15, 2013 that Kandi Burruss announced her engagement on Twitter. Kandi has since been married to Todd Tucker, a former line producer for The Real Housewives of Atlanta, since April 4, 2014. The couple started dating in 2011 while filming the fourth season of the show. They are one of the show’s only surviving marriages.

Todd and Kandi both have children from prior relationships. Kandi has a daughter named Riley Burruss with her ex-boyfriend Russell “Block” Spencer. She’s a stepmother to Todd’s daughter, Kaela Tucker. (3)

The couple has 2 children together, 5-year-old son Ace Wells and 2-year-old daughter Blaze, which they had via surrogate.

Dating back to late 2008, Burruss began dating Ashley “A.J.” Jewell, and the couple became engaged in January 2009 after dating for several months. Jewell, on the other hand, died on October 2, 2009, after obtaining head injuries in an altercation in a strip club parking lot.

Kandi Burruss spearheaded her career with her music group Xscape. They debuted with a performance at BET’s Teen Summit in 1992. She was only 14 years old during that time. After their performance, they were scouted by Ian Burke who went on to become the group’s manager. Jermaine Dupri quickly noticed Xscape and signed the group to his So So Def Recordings label. (4)

They had chart-topping hits with their debut album peaking at 17 on the U.S Billboard 200 and 3rd on the top R&B Albums chart. Their 1995 album Off the Hook went platinum, and their third and final album debuted at 28th. The group went on hiatus in 2005.

Her music career did not end there. She wrote for numerous artists and released an album of her own, with “Don’t Think I’m Not” as the lead single. During its first several weeks, the album, named “Hey Kandi,” did quite well. She was dropped from Columbia as a recording artist despite minor success, although she keeps writing music for other musicians through the label. Burruss resumed her music career with the launch of her second album, “I Need,” on the independent label “Upfront Records.”

Her Grammy Award-winning music career became her stepping stone to stardom. Burruss replaced DeShawn Snow on The Real Housewives of Atlanta in its second season, which premiered in July 2009. She has appeared on every season of the show since then.

She’s also appeared on Celebrity Big Brother and The Masked Singer, among other reality shows. She initially declined to participate in The Masked Singer owing to a variety of prior commitments, but she later changed her mind.

Roselyn Perry is a recurrent character in The Chi, and she is played by her.

Today, Kandi Burruss busies herself with her businesses, record label, and being a cast member of The Real Housewives of Atlanta.

Kandi Burruss joined “The Real Housewives of Atlanta” in season 2 in 2009, making her the longest-serving cast member of the series.

She had recently become engaged to her fiancé A.J. when she initially joined the show, and was seen showing interest in resuming her musical career. Burruss and Nene Leakes had a feud after Burruss got acquainted with Zolciak and assisted her in recording her single “Tardy for the Party.”

In the third season, Zolciak and Burruss continued to collaborate on music, however their creative differences caused them to conflict.

Later, while the latter two women were on a promotional concert tour, a feud erupted between Burruss, Leakes, and Zolciak.

Burruss became close with castmates Phaedra Parks and Porsha Williams in subsequent seasons, even giving Williams a role in her production of A Mother’s Love, which she and her husband, Todd Tucker, wrote and produced.

A split between Phaedra and Kandi emerged during her pregnancy with son Ace, eventually worsening due to non-payment of production fees owed by Parks to Tucker.

She’s had some drama with a lot of her co-stars, most notably with NeNe Leakes and Porsha Williams. Williams even claimed that Burruss drugged and planned to rape her, which was proven a lie fueled by Phaedra Parks. At one point, Burruss even said that she will not return for another season if Parks is among the cast.

Kandi Burruss, however, is returning for Season 14 of The Real Housewives of Atlanta.