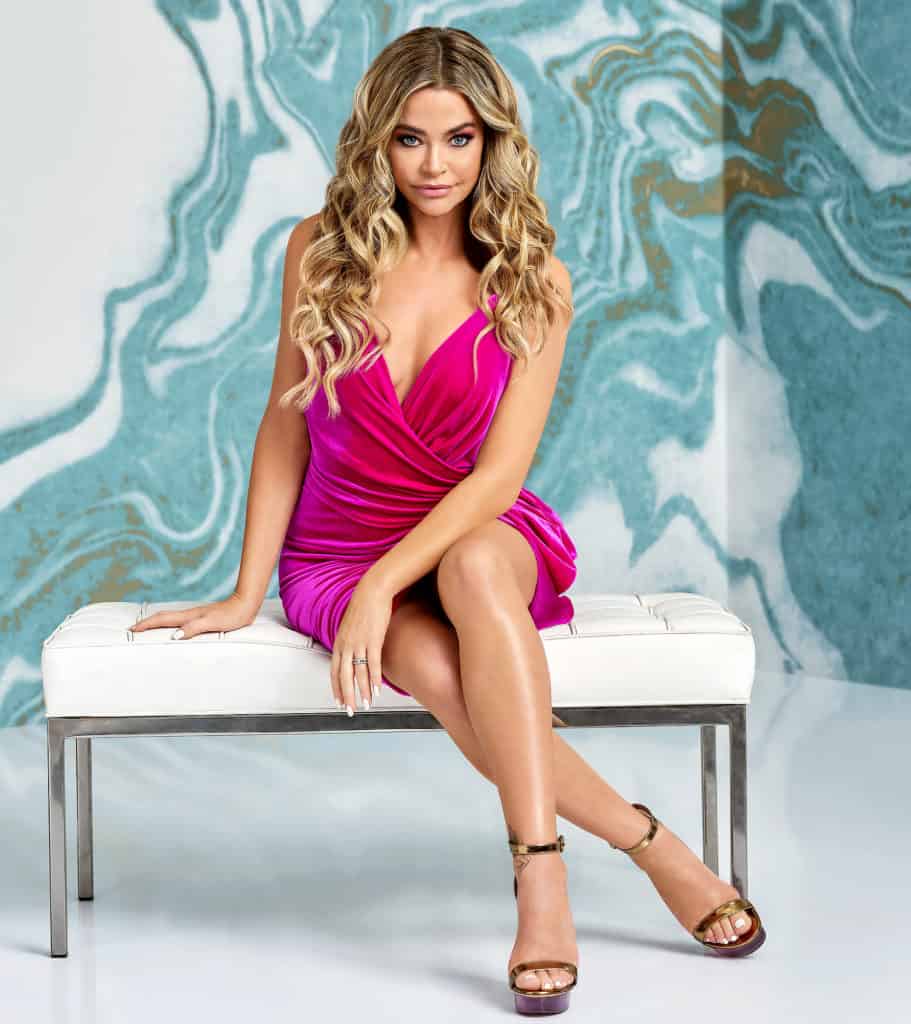 Denise Lee Richards is an American actress, television reality star, and former fashion model. She is well-known for her appearance in The Real Housewives of Beverly Hills, Starship Troopers, Wild Things and The World is not Enough.

In 2021, Denise Richards is estimated to be worth around $12 Million. Her main source of income is her career as an actress. (1)

Her wealth is also increasing because of the money she earns as one of the casts of The Real Housewives of Beverly Hills. It was reported that she makes around $1 Million per season!

Denise’s long career in Hollywood also makes a great contribution to her huge net worth. Over the years, she has gained various projects and endorsements that paid her a very competitive salary.

The star also has businesses along the sides. In 2012, she launched her self-titled fragrance and in November of 2019, she developed and launched her own skincare line with CBme Beauty.

Denise Richards was born on February 17, 1971. She is currently 50 years old, but it isn’t really noticeable since she looks quite young. The real housewife was born in Downers Grove, Illinois.

Her parents are Joni Braden, a coffee shop owner, and Irv Richards, a telephone engineer. Her father’s real surname is Reichert and was of German and French descent.  As a child, Denise Richards was very sporty. Once when she was a child, she became the only girl on the baseball team.

When the reality tv star was 15 years old, her family moved to Oceanside, California. 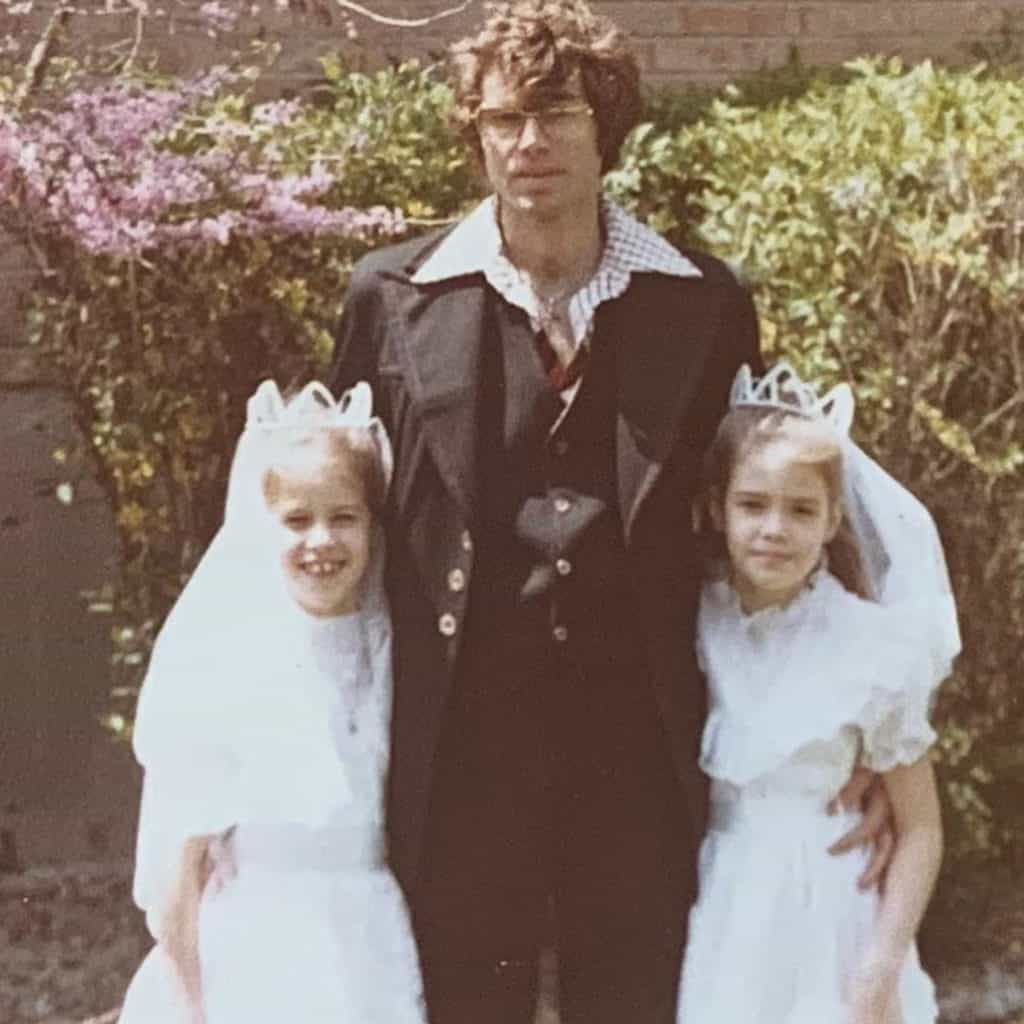 She has a younger sister named Michelle Richards. Michelle is also an actress like her older sister Denise. She has starred in  Numb, The Bold and the Beautiful, and Curb Your Enthusiasm. (2)

During her high school, she was voted as the best looking girl in their high school yearbook.

The couple had a very controversial fallout. Back in March of 2005, while Denise Richards was pregnant with their second child, she filed a divorce from Charlie Sheen. She also filed for a restraining order against Sheen, alleging that death threats are being sent to her by the star. The divorce was finalized on November 30, 2006, and Sheen was ordered to stay 300 feet away from his ex-wife and two daughters, except during supervised visits.

They had shared custody of their children. However, in May 2010, Charlie Sheen surrendered his legal custody of their daughters to Denise. By 2012, the ex-couple became on good terms and would often be seen spending time with their children. Sheen was even present in her movie Madea’s Witness Protection, while Denise appeared in Sheen’s television series Anger Management. Rumors about their supposed reconciliation surfaced after Denise Richards was granted custody of Sheen’s twin sons. The two boys were removed from their mother’s home by child protective services due to concerns over drug use.

Aside from her two daughters, Denise Richards adopted a child in June 2011. She named her Eloise Joni Richards. The name Joni was an ode to Richards’ mother. Eloise has a rare chromosomal disorder called Chromosome 8, Monosomy 8, which affects her speech. Because of her speech disability, Denise studied sign language in order to communicate with her new daughter effectively. (3)

After her high school graduation, Denise Richards began working as a model and was able to travel to different cities such as Paris, New York, and Tokyo for work. As a model, she became a cover for different magazines such as Cosmopolitan, Redbook, Details, Esquire, Self, Shape, GQ, Bella, and Empire. In 2004, she posed for the cover of Playboy Magazine, just five months after giving birth. In 2006, she posed for a semi-nude photoshoot with Jane magazine to help raise money for the Clothes Off Our Back Foundation. (4)

Denise also appeared in many TV commercials such as Pepsi, Head & Shoulders, Secret, J.C. Penney, and Librero. She also walked the runway for the “Max Factor Salutes Hollywood” fashion show. Denise Richards is an excellent model and at the same time actress. In 2019, she walked for co-star Kyle Richards‘ new clothing brand at the New York Fashion Week.

Denise Richards has starred in various films. She’s living the Hollywood life from a young age. Here are some of her films and television shows.

There are still a lot of movies and television shows that are not listed above. Denise Richards is an in-demand Hollywood star.

Today, Denise Richards is filming a new movie. This new movie will be titled “The Junkyard Dogs” and it will premier this 2022.

Denise Richards joined the cast of The Real Housewives of Beverly Hills in season 9 in 2018. She only lasted for 2 seasons.

One of the most unforgettable dramas involving Denise Richards is perhaps the controversial claims of co-star Brandi Glanville. Glanville accused Denise of cheating on her husband. But who was she cheating with? It’s no other than Brandi Glanville herself. Glanville has been open with her sexuality for a long time now. She revealed that she isn’t straight but she isn’t a lesbian either. This controversy surrounding the two stars had caused Denise Richards to leave the show midway through season 10.

Throughout her two seasons,  Denise was involved in a lot of drama. She was even accused of being a hypocrite by her co-stars. She also had a fall-out with her good friend and co-star Lisa Rinna. (5)