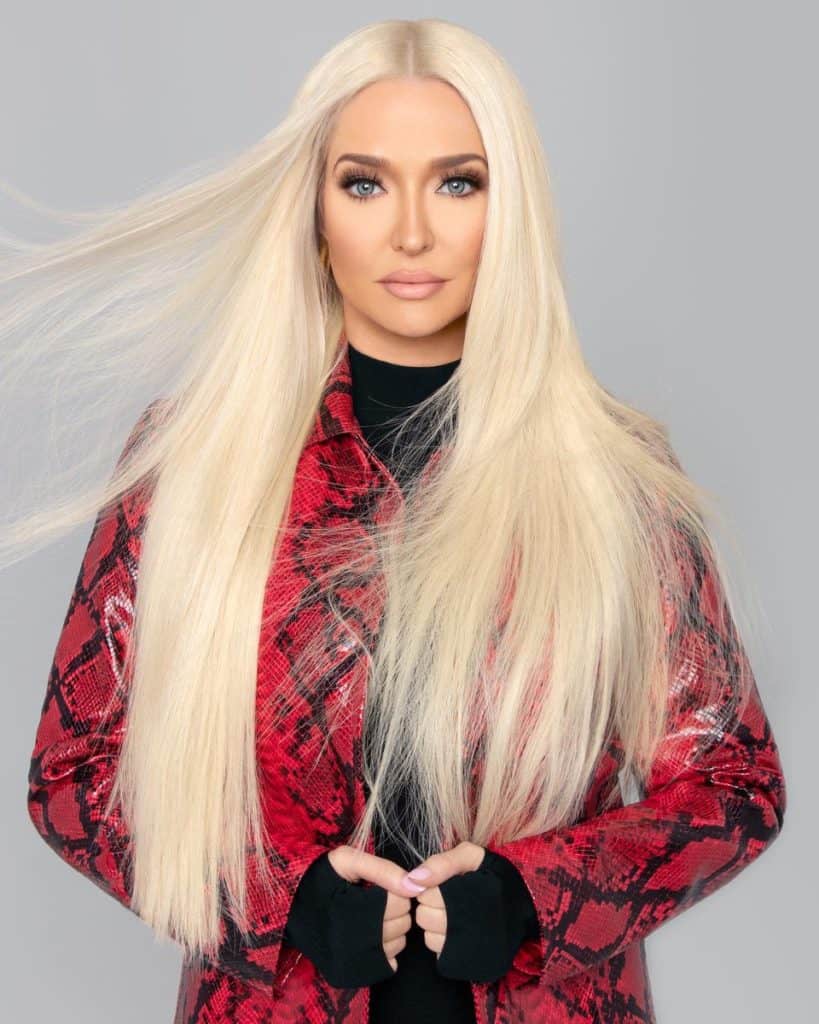 Erika Girardi born Erika Chahoy is an American singer, television personality, author,  and actress. She is more popularly known by her stage name, Erika Jayne. She is best known for her appearance in The Real Housewives of Beverly Hills.

In 2021, Erika Jayne’s net worth is estimated to be around US$ 5 Million. As of the moment, the reality tv star’s main source of income is the salary that she gets from Bravo’s Real Housewives of Beverly Hills. The reality star has confirmed this during an interview with Andy Cohen.

The reality star’s net worth decreased after her divorce from her husband of more than 20 years. Her estranged husband, Thomas Girardi, has a net worth valued at US$264 with various assets such as $9 Million dollars worth of jewelry and many more.

Renee Chahoy, an actress and a classically trained pianist had the Real Housewives of Beverly Hills star when she was only 18 years old. Before Erika Jayne turned a year old, her parents broke up. In her book Pretty Mess, she describes her childhood as rough. Her mother remarried and the reality tv star was adopted by her stepfather but the latter eventually cut their communication when he and her mom divorced.

Erika’s father was absent all throughout her childhood, she only met him when she was already 25 and since then he only went to see her a couple of times. Because of that, the only father figure that she had growing up was her grandfather. 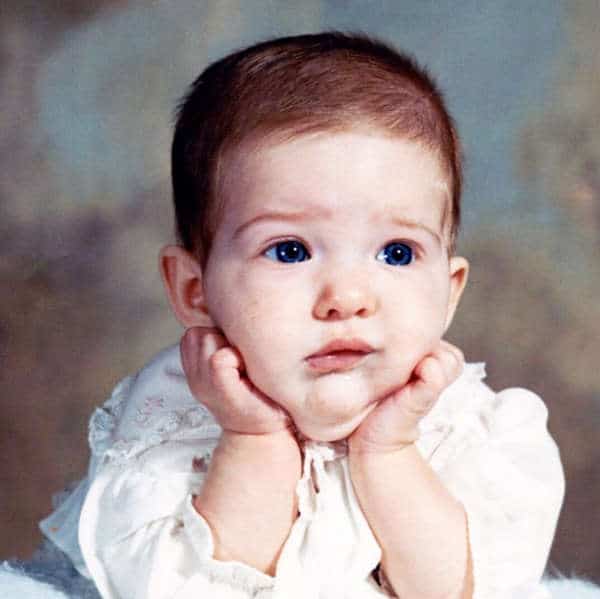 Growing up, her grandparents Hollis Macy Peek and Ann T. Peek served as her parents. She grew up really close to them.

In July 2010, her grandfather Hollis Peek died at the age of 81. This has left the reality star devastated. Her grandmother, later on, got diagnosed with Alzheimer’s disease but this did not hinder her from checking up on the reality star every day. According to Erika Jayne, they would talk to the phone almost every day but it stopped when her grandma wasn’t able to communicate anymore. She died in November 2014 at age 86. (2)

Erika Jayne went straight to New York after graduation from Northside High School Atlanta in order to pursue a career in the entertainment industry. 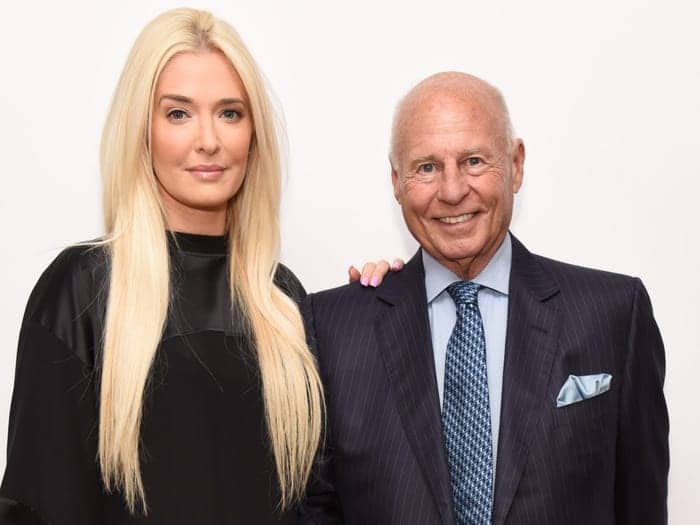 After finishing high school Erika Jayne moved to New York City in the hopes of landing a career in the entertainment industry. In New York, she met Thomas Zizzo, when he was working as a DJ at a club in Manhattan. The couple eventually tied the knot at St. Patrick’s Cathedral in December 1991. Shortly after, she welcomed her first child, a son, Thomas Zizzo Jr. However, the couple divorced a few years later. After that, she transferred to Los Angeles to pursue a singing career.

As of the moment, Erika Girardi’s son with her first husband, Thomas Zizzo, is currently living a private life away from the prying eyes of the media. He is currently a police officer under the Los Angeles Police Department. In September 2021, he made headlines after getting into an accident while on his way to his step-father’s mansion who was being burglarized. He apparently got worried about Thomas Girardi’s well-being that he immediately rushed to the area.

She was only 27 years old when she met Thomas Girardi in 1998 while she was working as a cocktail waitress at Chasen’s restaurant. He was 33 years her senior and because of this many assumed that she was a gold digger.

Thomas Girardi was a former lawyer and founder of the Girardi & Reese law firm in downtown Los Angeles. He was a very prominent lawyer who handled many high-profile cases. In December 2020, a federal judge  in Chicago froze Girardi’s assets, citing that he had “misappropriated at least $2 Million in client funds that were due to the families of those killed” by the Boeing 737 MAX Lion Air Flight 610 crash in Indonesia.

A month prior to this controversy, Erika Jayne file to divorce. Many media outlets called this a “sham” to hide assets.  On December 17, 2020, the Los Angeles Times published a detailed article about the couple’s legal issues titled “The Legal Titan and the ‘Real Housewife’: The Rise and Fall of Tom Girardi and Erika Jayne.” (3)

They didn’t have any children together.

At a young age, Erika Jayne joined the entertainment industry by doing modeling gigs and local commercials. At 18 years old after her graduation from high school, she moved to New York City where she performed as a member of several girl groups which included recording songs with The Flirts and performing with I-Dolls.

Erika Jayne began her acting career in the early 1990s by appearing in small roles in several American television series and films. One of her characters was Cindy Butterworth on the police drama series High Incident. She also had roles in independent films such as Lowball, where she played Kate, a struggling single mother alongside Erik Schrody and Jack Mulcahy,  and Alchemy where she played Kitty, a woman who befriended her form partner’s ex after his death.

She also appeared as Suzanne Morton on NBC’s legal drama series Law & Order, in the episode “Prescription for Death”.

In 2015, she became a part of the main cast of the Real Housewives of Beverly Hills, then this was followed by her role in Dancing with the Stars in 2017. Then she had a recurring role as Real Estate Agent Farrah Dubose on the American soap opera The Young and the Restless.

Aside from being a reality tv star and actress, Erika Jayne is also a singer and a writer. In 2018, she published the book Pretty Mess, which became a New York Times Best Seller. (4)

Other Books that she wrote includes:

Erika Jayne’s music career was also a successful one. She had a total of eight number one  Billboard singles. (5)

Some of her songs:

Erika Jayne joined the cast of the Real Housewives of Beverly Hills in season 6 in 2015. She made her debut during the third episode of the show.

Her first season was marked with a drama involving her and Bethenny Frankel. Both of them argued over branding after Frankel watches Girardi’s music video. Another incident involving Lisa Vanderpump ensued, however, this was immediately resolved after Girardi owned up to what she said. In this season, some of the housewives, particularly Lisa Rinna felt like Erika Jayne’s music video was pornographic and sexual and she didn’t like it at all. This season also was challenging for her as her close friend Yolanda Foster suffers from an illness and a painful divorce prompting her to change her name back to Yolanda Hadid.

In season 7, Erika Jayne’s mother appeared on the season’s premiere in order to surprise the reality star at her 45th birthday party. However, this only made her frustrated as seen in the season’s teaser. She also told ET that she wasn’t comfortable showing her emotional side on television but she couldn’t stop it because of the built-in frustrations that she had.

In season 8, Erika Girardi, Lisa Rinna, and  Dorit Kemsley were friendly considering the dramas that they had last season.

In season  9, Rinna dressed up as Erika Jayne while Kyle Richards impersonated the way Erik was speaking which escalated into a  drama because Erika got annoyed.

Season 11 marks the legal drama between Erika Girardi and her estranged husband Tom Girardi. Erika Jayne also filed for a bankruptcy case of $20 Million in EJ global. In this season, Erika Jayne’s honesty was questioned after her ex-husband’s mansion was burglarized. During the September 11 episode of the hit Bravo series, Kyle Richards and  Dorit Kemsley was told about the burglary that transpired at Tom Girardi’s mansion. Erika Jayne who was narrating the story was questioned about the veracity of some of the details. The husbands of her two co-stars also found the narrative very hard to believe.  (6)