Teddi Mellencamp Arroyave is a well-known American television personality best known for appearing in the hit reality TV show, The Real Housewives of  Beverly Hills. Aside from her career as a reality star, she is also an actress, equestrienne, and self-professed “accountability coach”.

In 2021, Teddi Mellencamp is estimated to be worth around $12 Million. Her massive net worth can be attributed to her career as a reality TV star on RHOBH and as an actress. Aside from years and years of hard work as a celebrity, Teddi was already rich before her rise to stardom. Her father is the famous singer, John Mellencamp.

Her net worth is also increasing because of her husband, Edwin Arroyave. Edwin is the CEO of a company called Skyline Security. Teddi Mellencamp also has a fitness company. She is the founder and CEO of  “All in by Teddi”. (1)

Teddi Jo Mellencamp was from the Midwest before living in Hollywood Hills, California. She was born on July 1, 1981, making her 40 years old now. She is among the five children of famous singer John Mellencamp more famously known as Johnny Cougar. Teddi is the second child of John. Teddi Mellencamp’s mother is Victoria Granucci, John’s second wife.

Teddi Mellencamp was born in Bloomington, Indiana. She lived there until she was in 3rd grade. At around this time, her parents got divorced so she transferred to Sea Pines in Dr. Hilton Head, South Carolina. Mellencamp later transferred to California when she was 17 years old.

When she was just a young girl living in South Carolina, she fell in love with horses and became a champion equestrienne. (2) 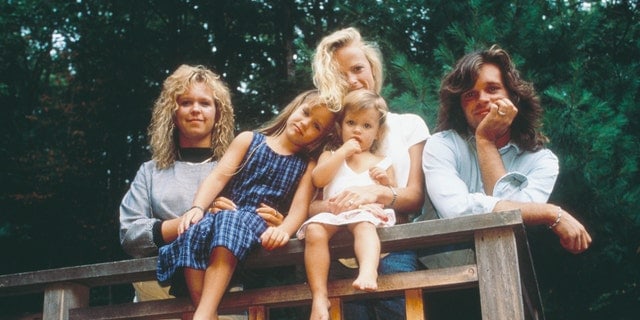 After her graduation at South Carolina’s Hilton Head Preparatory School, the Real Housewives star went to study in college but she never disclosed which college was that.

Teddi Mellencamp is married to Edwin Arroyave. During her debut episode of The Real Housewives of Beverly Hills, Teddi Mellencamp didn’t shy away from telling everyone the story of how she and her husband Edwin Arroyave met. The real housewife revealed that the two of them actually met after a one-night stand in 2008.

“I wouldn’t sugarcoat it,” she said after she revealed the information. She even revealed that she thought his name was Edward and not Edwin!

Teddi Mellencamp and Eddie Arroyave got married in 2011,  the wedding happened in the city of love, Paris. The couple has since been in a happy marriage despite having struggles.

It was no secret that the couple had trouble conceiving. Teddi Mellencamp Arroyave was open in her struggles with fertility, she even miscarried several times. She bravely posted in her Instagram account that she had multiple miscarriages before her son Cruz. Arroyave also shared that the IVF process was extremely hard for her as well.

The couple share three children together, Slate Arroyave, Cruz Arroyave, and Dove Arroyave. However, they have four children, since she is a loving stepmother to Edwin Arroyave’s daughter from a previous marriage, Isabella Arroyave. (3)

At the age of 17, she worked in the mailrooms at CAA and UTA while pursuing an acting career. She also did some modeling and then she appeared in three seasons of The Real Housewives of Beverly Hills.

Today, Teddi Mellencamp works as an accountability coach for her company, All in By Teddi. Her company faced backlash in 2020 after different women accused the diet program created by Mellencamp as a promotion of unhealthy eating habits and its coaches are not certified.  Different clients say that they experienced eating disorders after enrolling in the program. One client, Stephanie Langlitz even came forward with pieces of evidence that show that she has developed bulimia after the program created by Teddi Mellencamp. (4)

Teddi Mellencamp joined The Real Housewives of Beverly Hills in season 8 in 2018.

In the RHOBH season 9 reunion, Teddi Mellencamp apologized for the puppy gate scandal, she admitted that wanted Dorit Kemsley through that scandal. She, however, inflicted Lisa Vanderpump once again. In this season, she got into a drama with Camille Grammer after she allegedly snubbed her daughter at an airport.

In RHOBH season 10, Teddi Mellencamp got pregnant, this was also her last season since she got fired from the show after several of her clients in All in By Teddi came forward accusing her of promoting bad eating habits. Several of her clients developed eating disorders because of the fitness program that she created. Bravo didn’t renew her contract because of the overwhelmingly bad publicity brought about by the scandal. (5)