How Did Gillian Anderson Lose Weight? 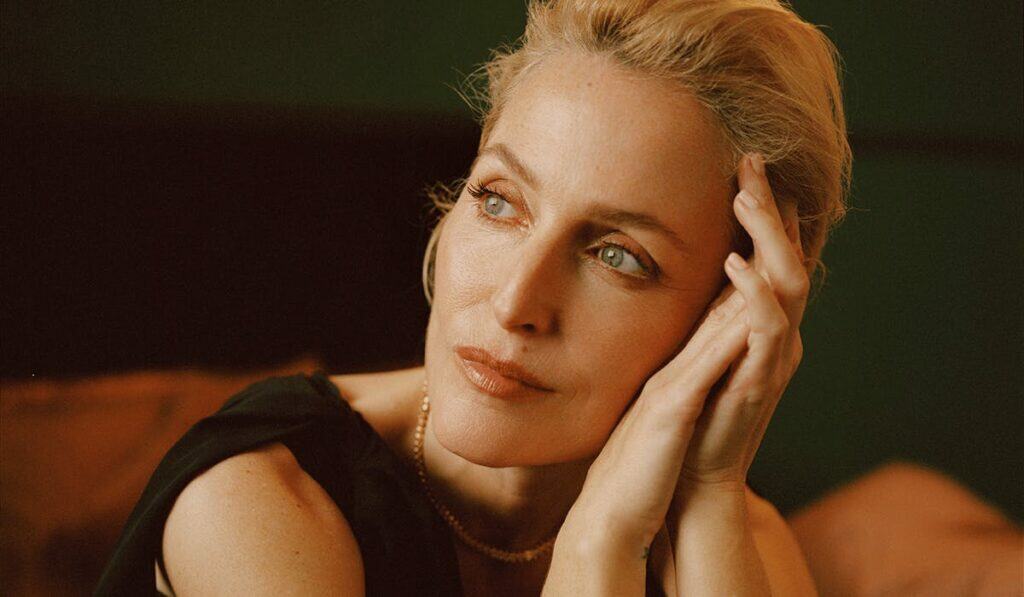 Gillian Anderson's career over the past years.

Gillian Anderson is an American-British actress whose credits include The X-Files, The House of Mirth, The Fall, and Sex Education. The 54-year-old has been in the industry for decades. She has faced a lot of ups and downs throughout her career.

Gillian played the iconic role of Former Prime Minister of the United Kingdom Margaret Thatcher in Netflix’s The Crown. In fact, she was recognized for her portrayal of the character in the royal drama by winning the 2021 Golden Globe for Best Supporting Actress in a Series.

In a 2021 interview with InStyle, the actress discussed what changed in her career over the past years and what she felt about playing the role. She would have yelled, “F*** off!” if you had told her twenty years ago that she would play such a historical figure on television.

“I think I would have been quite shocked,” Gillian told the magazine.

In another interview with Vogue, the actress admits that growing older in the industry is not easy. She observed that when you see yourself on film, there is a point where you can see yourself changing – describing it as “arresting.”

“It can either be completely traumatic or something that instigates a shift of consciousness towards thinking about what’s important. But you have to go through that trauma first, to mourn,” Gillian added.

Meanwhile, speaking to New Beauty, the actress revealed that she tries to maintain a European perspective on aging, which seems to be working for her. Gillian also talked about how each person has flaws and that these “flaws” should also be celebrated.

“I think in Europe, in general, there’s a sense that women who age naturally can be beautiful, whereas I’m not so sure that’s the perception in America, specifically in L.A.,” she said. “I think that it’s seen as a flaw, somehow—like wrinkles are a flaw.”

She added, “The thing to remember is, how one looks in the mirror is the youngest one will ever look again. So you can’t do anything but celebrate it!”

How Did Gigi Hadid Lose Weight?

How Did Gayle King Lose Weight?

Gillian Anderson reportedly wore a 'fat suit' for her role in The Crown.

Gillian claimed that she went above and beyond for the role of Margaret Thatcher in The Crown’s fourth season. In an interview with OK! Magazine, the actress said that she had to wear a fat suit on set as part of her huge transformation.

“I wear a fat suit,” she explained. “And she has a very particular way of walking.”

The costume helped Gillian put Thatcher’s overall look together and gave it a sense of reality after spending so much time acting out the part. She is pleased with the effort she put into the role and gained some insightful knowledge about the value of a character’s voice in the process.

“It wasn’t too hard to maintain because she has a lot of breath in her voice. It was fun to do, but it was also a bit challenging to figure out how to not go too overboard and take it into parody. Ultimately, her voice is as quintessential as her wig.”

Gillian Anderson's secret to having a youthful look.

She uses skin products to fight aging. She told New Beauty that while she was in her 40s, she became aware that her skin was “suffering.” And because of this, she started to pay more attention to it and used a “mixture of Clinique and Estee Lauder” over the past years.

Yet, she made it clear that she doesn’t go overboard using it. She said, “It’s not a huge part of my life, but I’ve begun making an attempt to use some of the stuff that’s out there. And you know, I think it works. I think my skin definitely feels better,” she said.

Meanwhile, Gillian shared a photo of herself from the Sex Education set along with a breakdown of her skincare regimen. She uses Dr. Organic’s “amazingly hydrating” lotion for “all-over body moisturizing” and Sarah Chapman Skinesis products to “cleanse, tone, and moisturize, prime, and polish.”

Gillian Anderson believes in eating healthy but isn't afraid to treat herself.

The actress said to New Beauty that she is not particularly picky about her diet because it can be challenging to adhere to a strict one. Although Gillian claimed to often try to stay clear of “high carbs,” she admitted to occasionally enjoying a Coke.

“I know it’s not good for me, but I drink it anyway,” the actress said.

Gillian Anderson has her exercise routine but doesn't become too obsessive following it.

The actress appears to be in good shape but claims she doesn’t spend much time worrying about her workout routine. She told Daily Mail that she doesn’t “try that hard to stay in shape.” She hires a personal trainer to get back in shape for her new roles, and she does yoga and running a few times a week.

Meanwhile, Gillian always makes sure that she prioritizes her mental health. She admitted to The Guardian that she has been receiving therapy since she was 14 years old and is candid about her prior struggles with mental health.

“There were times when it was really bad,” the actress share. “There have been times in my life where I haven’t wanted to leave the house.”

Despite her hectic shooting schedule, Gillian makes an effort to meditate every morning. She revealed to New Beauty that she always starts her day with meditation. She explained. “Even just waking up a few minutes before my kids wake up to center my head. It makes a big difference.”

Aside from meditating and exercising, the actress writes a daily list of things she’s grateful for. She revealed that she went through a phase in her life where she’s just complaining all the time. So, she lists down the things she’s thankful for to keep herself calm and avoid being agitated.