What Happened In The Real Housewives of Melbourne Season 4? (Full Recap) 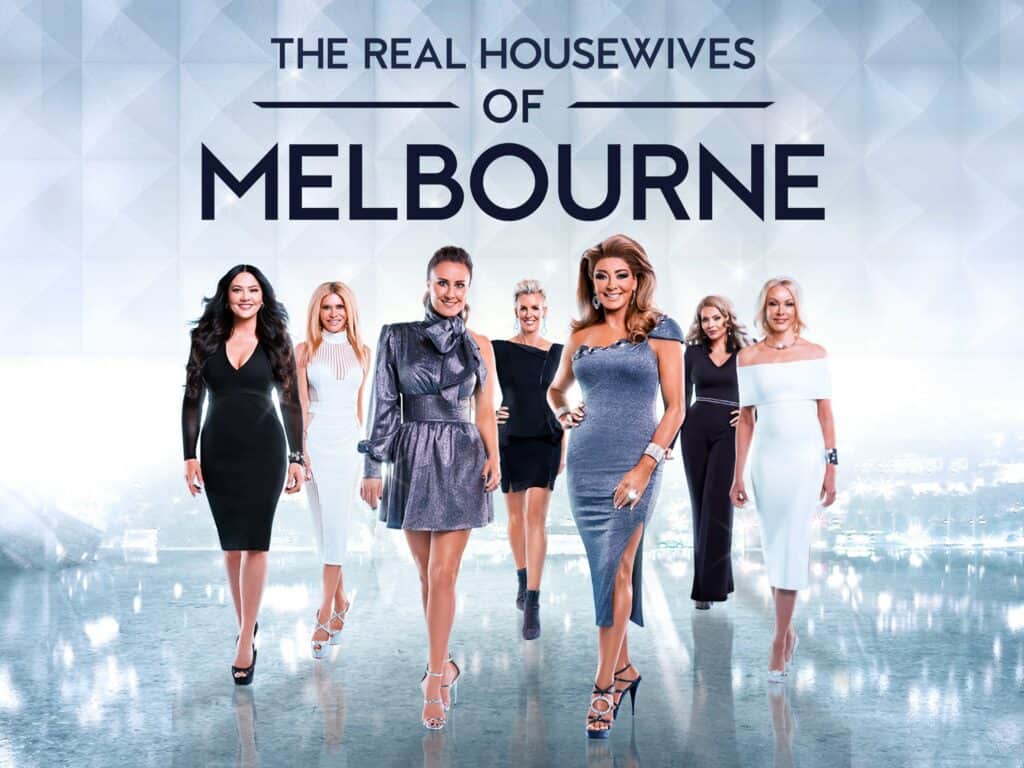 The Real Housewives of Melbourne season 4 premiered on Arena on December 6, 2017, and ended on February 21, 2018. The reality TV show continues to follow seven women’s personal and professional lives, with filming primarily occurring in Melbourne, Victoria.

Filming for the series has been delayed to give way for The Real Housewives of Sydney. Despite that, season 4 has been confirmed, with familiar faces returning plus new names added to the list. Just like the preceding seasons, the third installment has a total of 12 episodes.

Cast and Overview of The Real Housewives of Melbourne Season 4

Five of the eight housewives from season 3 – Jackie Gillies, Gina Liano, Janet Roach, Lydia Schiavello, and Gamble Breaux – returned for the fourth installment. Chyka Keebaugh, the original housewife, announced her departure from the show on May 8, 2016, just before the third season came to an end.

Pettifeur Berenger announced on April 29, 2017, that she would not be joining the upcoming series either. Soon later, on April 30, 2017, Susie McLean, who joined in season 3, also decided to focus on other endeavors and left the show.

The cast for season 4 was revealed on May 17, 2017, and Venus Behbahani-Clark and Sally Bloomfield were added.

Persian-born Venus Behbahani Clark was raised in Italy before moving to Australia in the 1980s. In addition to developing her own brand of contouring cosmetics, Venus is a housewife lawyer. She has two daughters from a previous marriage, Giselle and Sophia.

Venus is “very competitive, opinionated, intelligent, and confident.” She and her husband James are property owners in Melbourne, Dubai, and Lake Como.

Sally Bloomfield is a widow and the mother of two boys, Nic and Jules. She runs a boutique hotel in Bali and the home furnishings shop Bloomfield and Webber in Barwon Heads. She is also planning to debut her Bloomfield accessories line, focusing on sunglasses and handbags.

Sally, who spent the previous five years residing in Bali, formerly served as the editor of the Harper’s Bazaar Melbourne edition.

Jackie Gillies: “I’ll always follow my intuition and let the angels do the rest.”

Gina Liano: “I stand by what I say, but not how you interpret it.”

Janet Roach: “If you’re offended by what I say, imagine what I’m thinking.”

Lydia Schiavello: “I save my best pot stirring for the kitchen.”

Gamble Breaux: “When you finally fall on your feet, people will still try to bring you down.”

Venus Behbahani Clark: “When you’re named after the hottest planet, things are sure to get fiery.” With the two becoming closer, Gina and Lydia’s friendship has come full circle. While Gina is appreciative of Lydia’s support during a difficult moment, Gamble appears to be on the outs. Jackie wonders if Gina is replacing Gamble with the new girl Venus when Gina invites all the girls to dinner but leaves Gamble out.

Lydia confronts Jackie about their unsettled problems during dinner, and Gina is startled when a surprising gift arrives at the table. The program introduces Janet’s friend and associate, Sally. Janet throws a celebration at her new man’s mansion with all the ladies, while Lydia proposes her new idea for a culinary class to her husband, Andrew. Gamble’s entrance quickly sparks conflict, confronting Gina and putting Venus and her husband in an unpleasant position. Despite Gina and Lydia’s counsel to move on, Venus and James are still reeling over Gamble’s ridicule of their titles as “lord and lady.” Chyka invites Janet, Jackie, and Sally to her spacious country cottage to catch up on the girls’ most recent shenanigans.

At the 21st fairy-themed party Gamble throws for her stepson Luke, it is discovered that Venus allegedly has some inappropriate pictures of the girls on her phone. Gamble and Sally meet for lunch to talk about Venus and the photos’ mystery. Venus tells her younger sister Rebecca to inform their father of the cancellation of her wedding. Lydia plans a day of truffle hunting in the countryside so that Sally can confront Venus about the pictures.

Meanwhile, Janet, Jackie, and Gamble fly to Levantine Hill Vineyard in a chopper. The three are committed to unraveling the mystery surrounding Venus, and with Janet’s most recent information, things are about to become more interesting. Sally invites the girls to a party to celebrate the launch of her accessory business, but things turn for the worst when Gamble and Venus fight and Lydia causes trouble with Jackie and Janet.

Episode 6 - It's My Party I'll Invite Who I Want To Venus, Lydia, and Gina catch up, but Lydia and Jackie’s ongoing dispute dominates the conversation. Jackie, who views things differently from Lydia, goes to Chyka’s house to talk. Sally is getting ready to establish her hotel in Bali after successfully launching her accessory line.

The guys are skeptical when Gamble tells Rick and Luke about her paranormal concerns about their new home. Following that, all the girls—except for Lydia—celebrate Jackie’s 37th birthday in style. Venus is motivated to make up with Gamble after Jackie invites everyone on a trip abroad. The housewives fly into stunning Cabo San Lucas, Mexico, prepared to let loose and have a good time. But while the other six enjoy drinks, Venus is back in Melbourne looking for her lost passport. Gina, Lydia, and Sally choose to relax and spend the day by the pool.

In search of Cabo’s tastiest taco, Jackie, Gamble, and Janet set out on an epic quest. The ladies go out for a nice dinner, but the celebration quickly turns sour when Jackie confronts Lydia about the alleged conflict between Janet and her.

All the arguments overshadow Venus’ arrival, and Gina’s treatment of Gamble causes a fight with Sally, which results in Gina leaving the dinner in a rage.

Off the coast of Cabo, the housewives board a catamaran for some sunbathing, but beneath the calm waters, a conflict is building between Gina and Sally. That evening at supper, the girls set aside their disagreements and talk openly about previous relationships, sharing the lessons they’ve discovered through heartbreak.

However, the romance quickly fizzles out when Gina and Sally clash, with accusations of bullying and racism flying all around.

Episode 9 - Getting into the Spirit Jackie enters the stage in front of 300 enthusiastic fans for her debut Shine It Up event. Venus holds a makeup tutorial highlighting her new contouring cosmetics and showing her true self. Gamble invites the girls to a seance to bid farewell to the ghosts haunting her house. Venus organizes a spectacular fourth birthday celebration for her youngest daughter, Sophia. In Newcastle, where Jackie is from, she has received a prestigious award. Sally shows up to offer moral support as a nervous Gamble practices her surprise song for Rick.

Sophia’s party enchants even the most jaded women, but Gamble’s attempt to flatter Venus backfires. Rick is moved to tears by Gamble’s anniversary gift. Later, Lydia organizes a dinner for the girls, and when she tries to say a few things about each of the girls, the evening turns chaotic. Sally and Gina had another verbal spat over their incident in Mexico. The housewives and Alex Perry reunite for their most dramatic reunion yet. There are shocking revelations as bullying and body image are on the table.