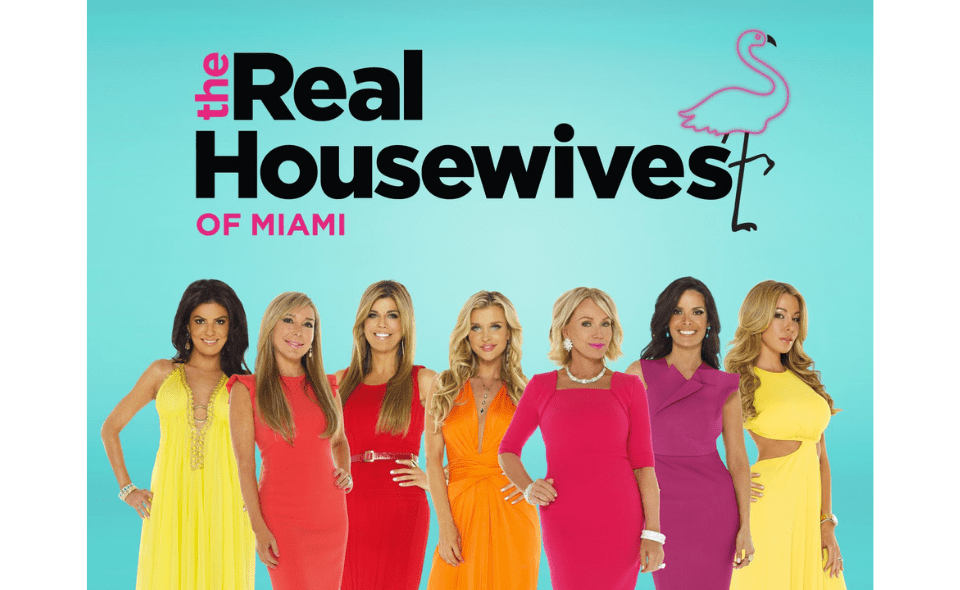 Following “The Real Housewives of Miami” Season 1, now in its second season, gives fans a behind-the-scenes peek at the aspiring lives of seven women as they juggle work, family, and a hot social scene in the most famous city in the world. These women demonstrate that the skirts are short in Miami, and so are their tempers, whether they are shopping on Ocean Drive or having a good time in South Beach.

Larsa Pippen and Kristy Rice were let go from the show. Alexia Echevarria took a backseat during the second season and was given a recurring role. After her 13-year-old son was hurt in a vehicle accident, Echevarria decided to devote her time to caring for her son.

The series included four new cast members: the sex bombshell Lisa Hochstein, the supermodel Joanna Krupa, the wealthy lawyer, and chef Ana Quincoces, and the famous dentist Karent Sierra; as a result of the departure of two prominent cast members and the promotion of another.

Cast of The Real Housewives of Miami Season 2

Episode 1: A Tale of Two Miamis 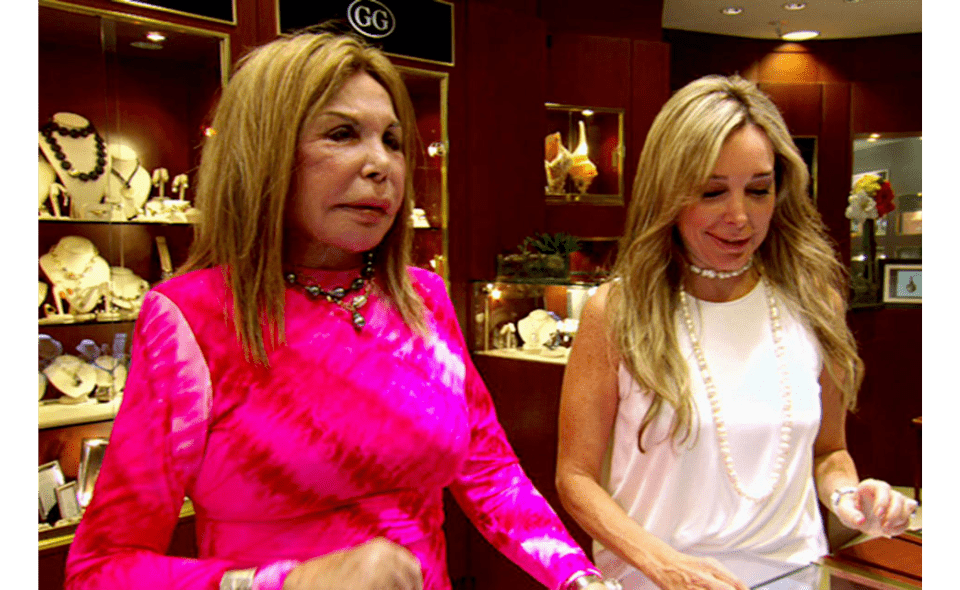 The Queen Bees of Miami’s high society have returned on a brand-new day. However, the world of Lea Black, Adriana De Moura, and Marysol Patton is about to be rocked by a new group of highly well-off socialites.

When Lea learns Lisa Hochstein, a plastic surgeon’s young, attractive wife, would be her new neighbor, she is surprised.

Episode 2: Text, Lies, and Your Smile Is Fake 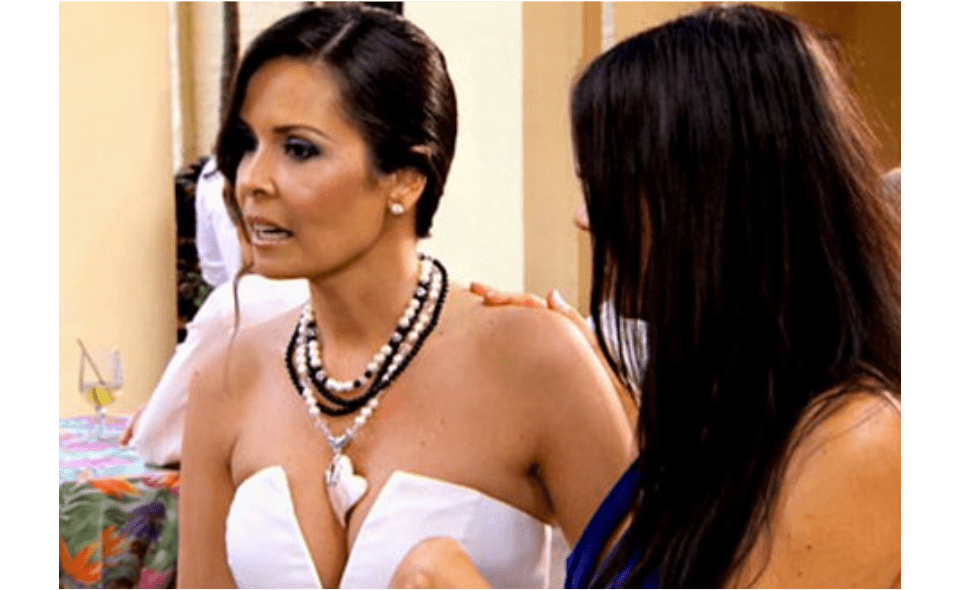 Adriana De Moura decides to talk to Elsa after she passes out and considers why she struggles to be truly honest with her devoted fiancé, Frederic.

Karent Sierra gives her Latin soap star boyfriend Rodolfo a passionate massage as a surprise and asks him about his thoughts on getting hitched. Joanna Krupa raises the stakes with Romain by mentioning how he’s been waiting five years to marry.

When Karent confronts Ana Quincoces about her inappropriate texting with Rodolfo and questions the loyalty of the other ladies in the group, an awkward confrontation develops. 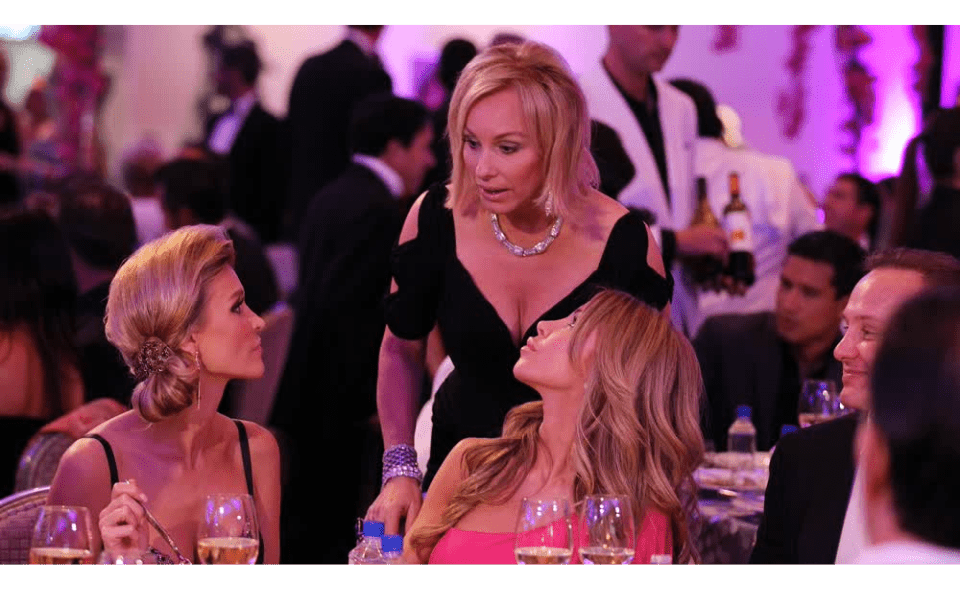 Adriana De Moura keeps avoiding Frederic’s marriage-related questions. Adriana makes out with the club owner and Joanna’s fiancé Romain at Mynt’s tenth anniversary! But first, the girls gather at Lisa Hochstein’s for a pre-party gathering, where Joanna gives her sister some advice that she may or may not choose to heed. 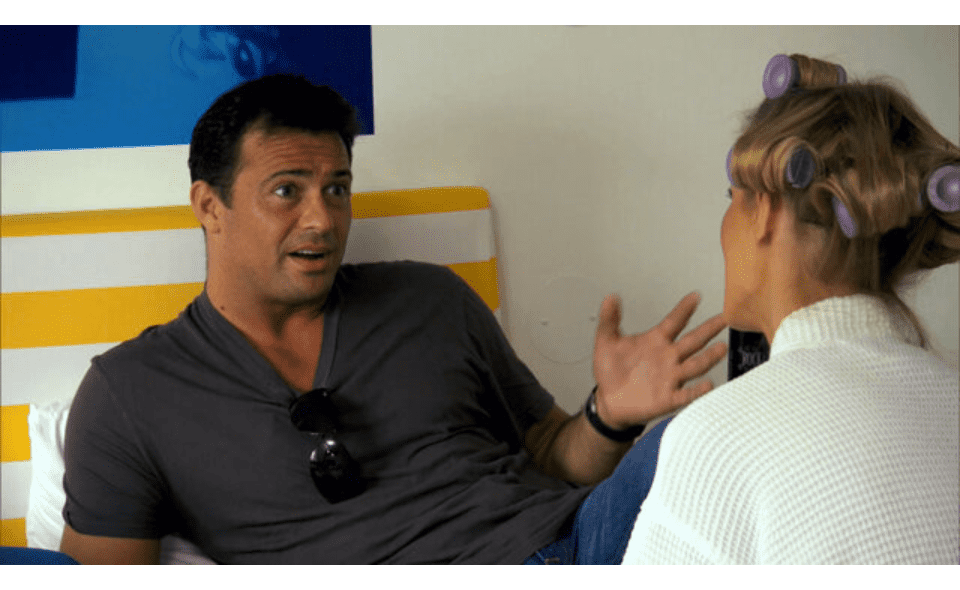 Following Joanna Krupa’s Mynt outburst, Romain gives her what for and threatens to leave if it happens again.

For the love of art, Adriana De Moura resolves to expose herself entirely and rejects Karent Sierra from a Dali display. Drag queen Elaine makes some cutting remarks about Marysol Patton, but Ana Quincoces demonstrates to Joanna how to win a man’s heart and stands up for her. Lisa Hochstein cautions Karent to be cautious regarding most women because they are foes masquerading as friends. 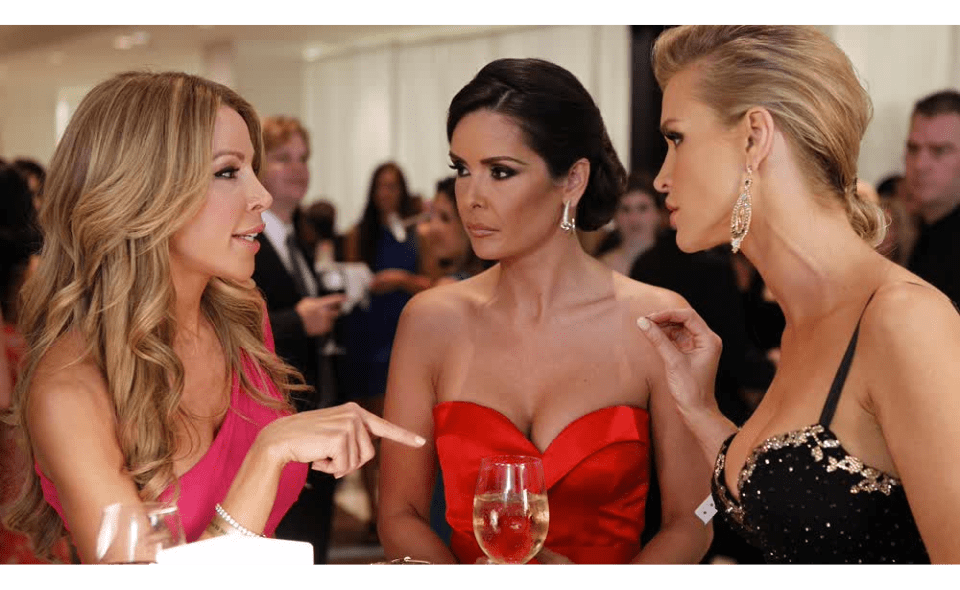 Joanna Krupa advises that Marta and Romain get together to resolve their issues. In the midst of Miami’s busy charity season, all the ladies gathered for the Hearts & Stars Gala for entertainment, libations, and a night of drama.

Rodolfo provides Karent Sierra guidance on how to deal with “nasty girls” as she welcomes him home. The two share a heart-to-heart discussion regarding Alexia Echevarria‘s recuperating son Frankie when Ana Quincoces visits her home. Joanna cautions Karent to watch her back because Adriana is out to get her before the ladies reunite for Alexia’s Venue Party. 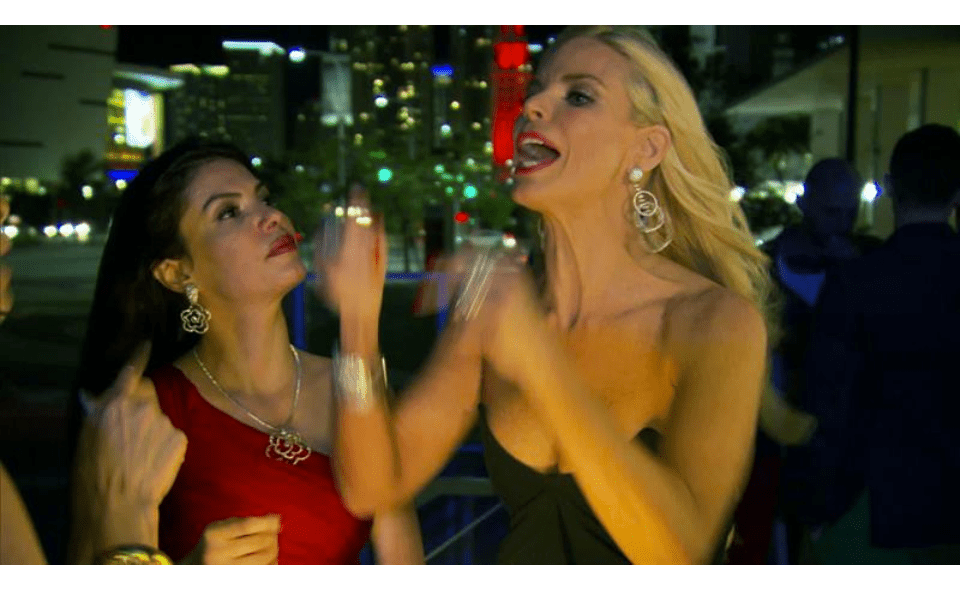 Adriana De Moura does not feel like having a good time while Miami’s elite are about to celebrate Alexia’s Magazine Venue Party. Adriana had been waiting for this night to confront Karent about his mixing habits finally. 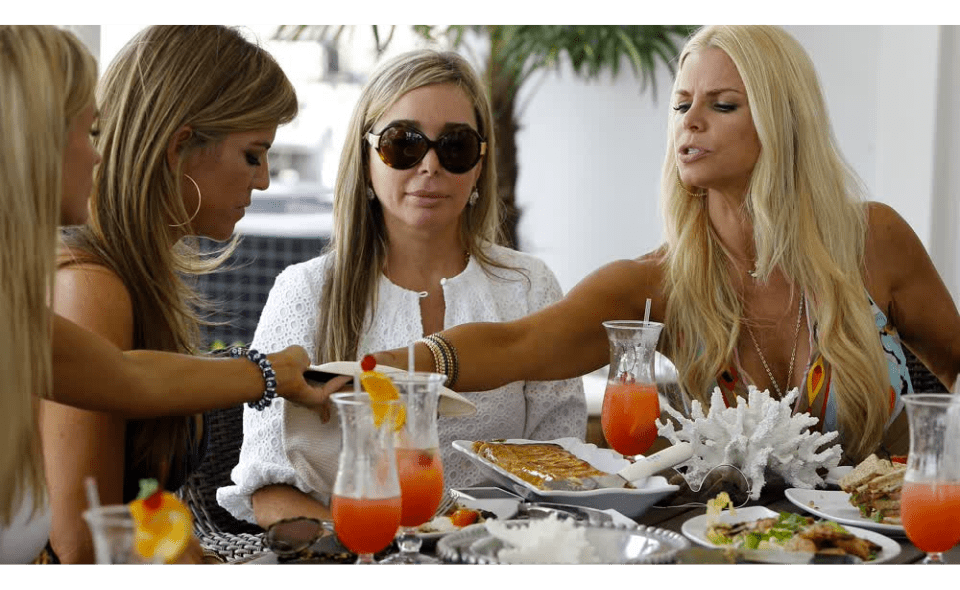 Adriana De Moura finds out that Karent was making unpleasant comments about the other women, which makes the situation even worse because Karent can’t seem to win over anyone’s favor. The tension is at an all-time high as Lisa Hochstein, and Lea Black prepare for their significant charity events.

The night of Lisa’s Lingerie Party approaches, and nobody is prepared for what happens when Joe Francis arrives, the moon is full, and half-naked Miami socialites start behaving as sinister as their lingerie. 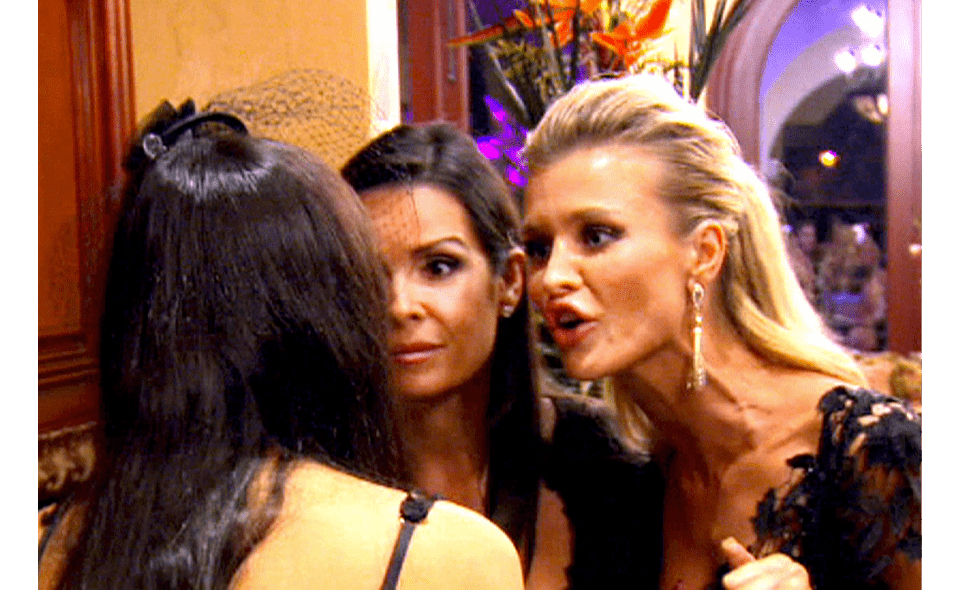 Joanna Krupa goes into a frenzy after Marta makes a bombshell confession at Lisa’s lingerie party, but when Elaine Lancaster confronts a friend of Karent’s, it restrains her rage. Adriana De Moura became even more confident that she must do something about Karent as Lisa Hochstein had a full-blown craze. As the brawl intensifies and the ensuing violence leaves the party in chaos, the evening quickly gets out of hand. 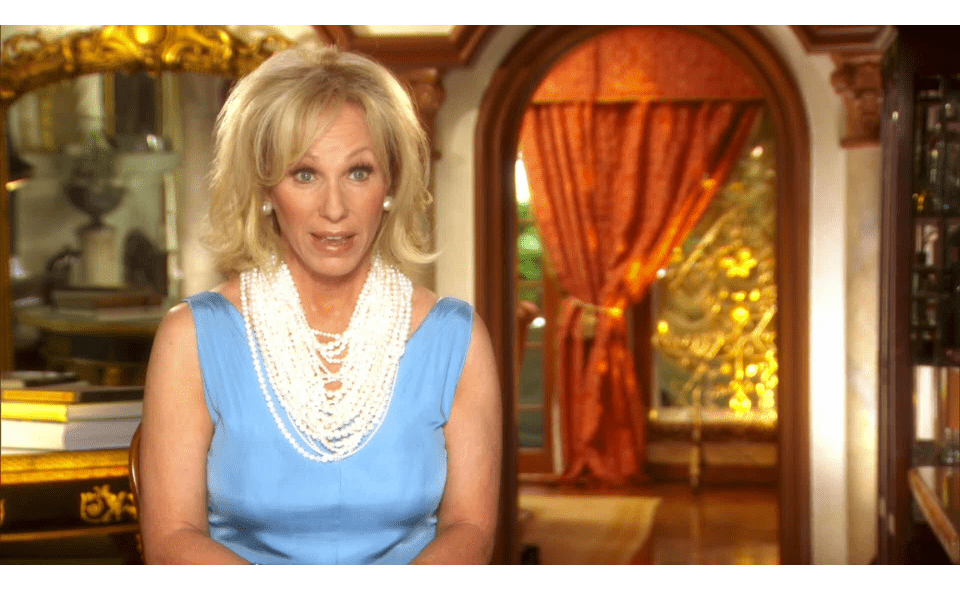 The Black’s Annual Gala has finally arrived, but the women are tense because of the altercation between Adriana De Moura and Joanna Krupa during Lisa Hochstein’s lingerie party. Lea Black seeks the assistance of a psychic to change the energy from negative to good because she doesn’t want to cause any drama of her own. As the Gala festivities get underway, Marysol Patton decides to take a risk and approaches Ana to talk about the “D” word: divorce.

Episode 10: A Better or Bitter Place? 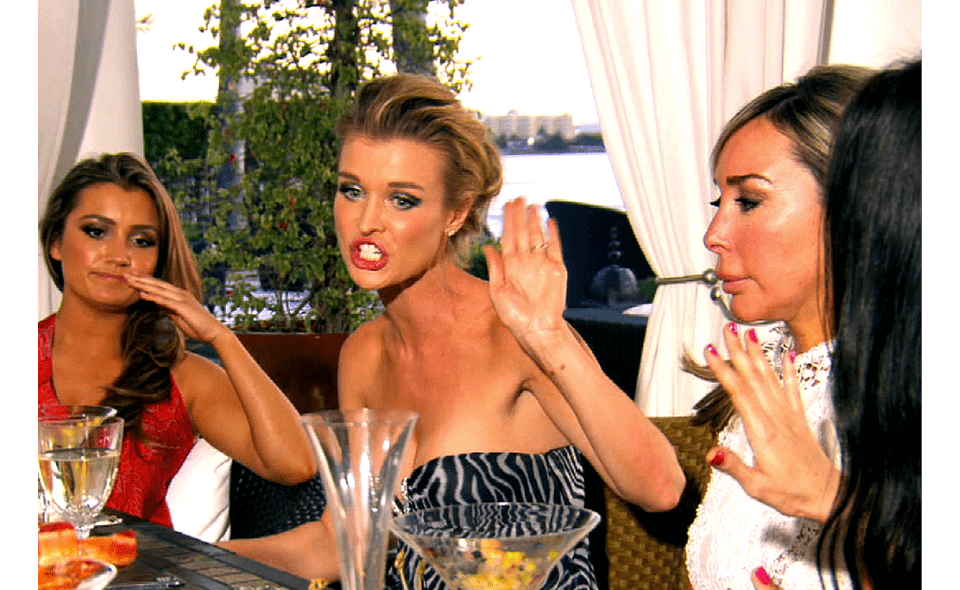 More than ever, the Housewives are divided. And it’s not apparent who exactly is at fault. Alexia Echevarria organizes a summit dinner to solve the problem finally. But before Joanna shares a meal with her claimed attacker, she vents her resentment in a Model Beach Volleyball competition with the other seductive women of Miami. But Romain isn’t there to encourage her because of her recent bad behavior.

Lea Black brushes away her tears and arrives at Alexia’s supper with the others despite experiencing a terrible heartbreak. Finally, it appears as though a peaceful settlement has been made, but appearances can be misleading, — primarily in Miami. 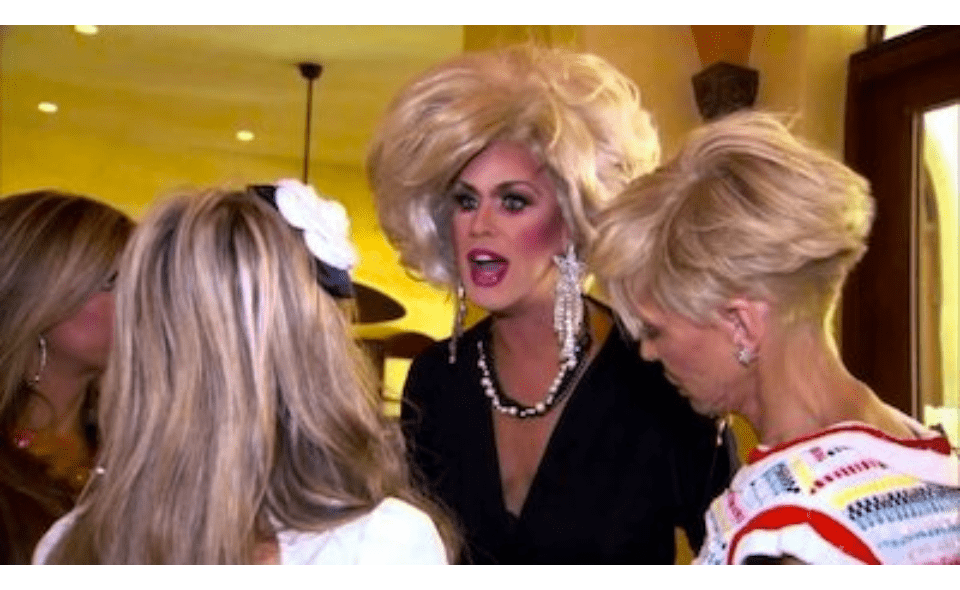 While Marta moves back in with Joanna Krupa and Romain and discovers a surprisingly pleasant environment, Elsa visits Lea Black to stop her ongoing dispute with Marysol Patton.

While the Housewives are at Lisa Pliner’s shoe design presentation, Marysol physically flees from drag queen Elaine Lancaster, the source of her problems. After Alexia Echevarria’s spectacular dinner party, Karent Sierra senses a rift in the group. She decides to co-host a dinner party with Thomas Kramer, a reputed bad boy in Miami, to mend fences. 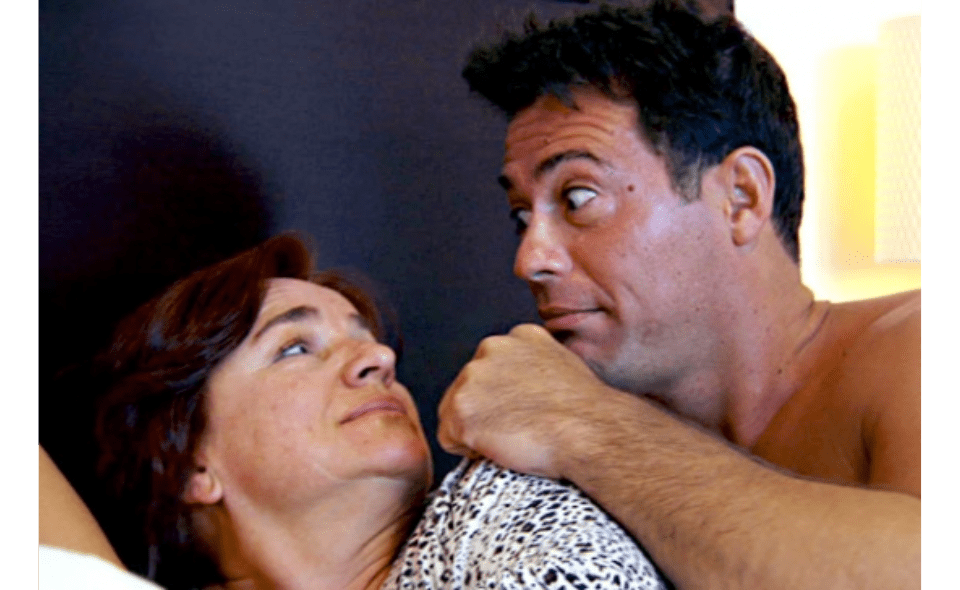 When Lisa Hochstein’s intrusive in-laws arrive and desire a grandchild, she resorts to drastic means to become pregnant.

Adriana De Moura throws a spectacular celebration for Fredric’s parents’ golden wedding anniversary, leaving her to ponder if she’s ready to tie the knot once more. When Marysol Patton and Elaine eventually sit down to talk it out, things get heated. And Joanna Krupa’s mother travels to Miami to talk emotionally with her about life and love. But everyone pauses for a Passover Seder to honor their loved ones and their freedom. 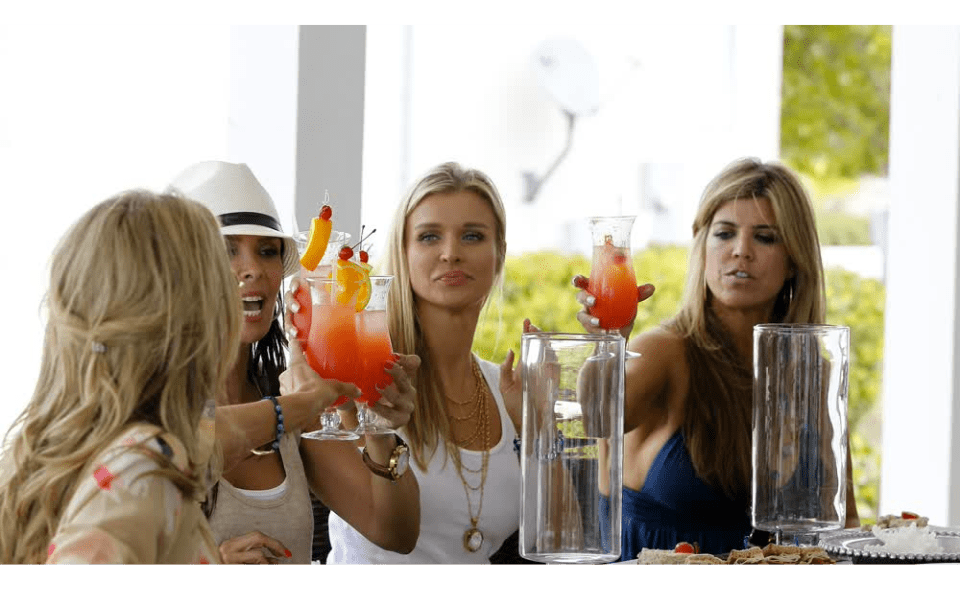 Miami’s female residents prepare for a brief weekend escape to Bimini in the Bahamas. This therapeutic trip is intended for fun, relaxation, and friendship restoration because relationships are being questioned. But things get out of hand when Elsa foresees that this trip won’t go as the girls had hoped.

Lea Black forms new alliances and embraces her inner party girl! However, one of the women has just learned some terrible news about someone traveling with them, and no one is ready for the drama to hit them. 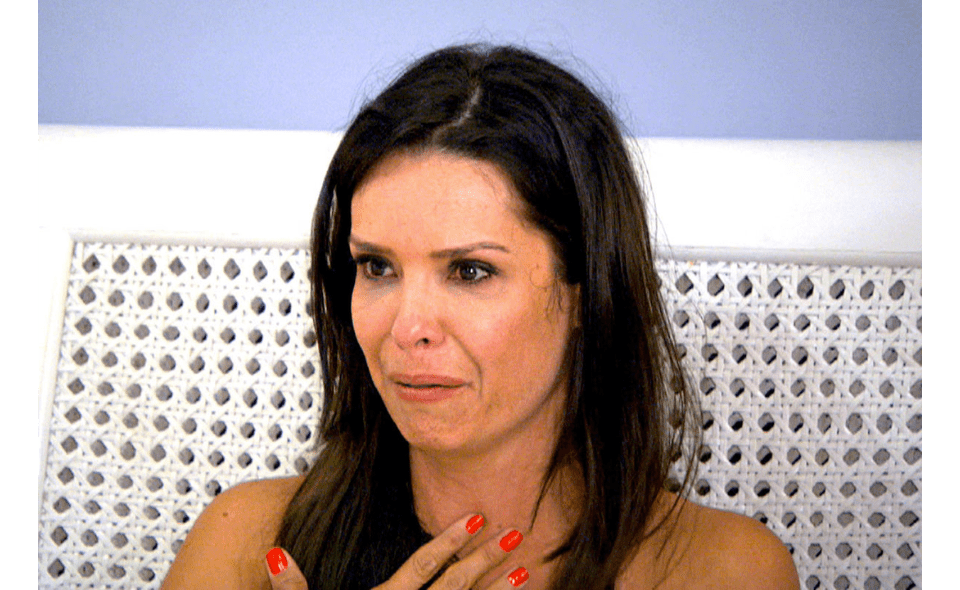 Alexia Echevarria is determined to argue her point to Karent Sierra in the wake of the infamous Rodolfo article. Still, when she learns of a family emergency, Karent faces other pressing matters.

A special supper is ruined when Lea Black and Marysol Patton resolve their differences after a heated argument. 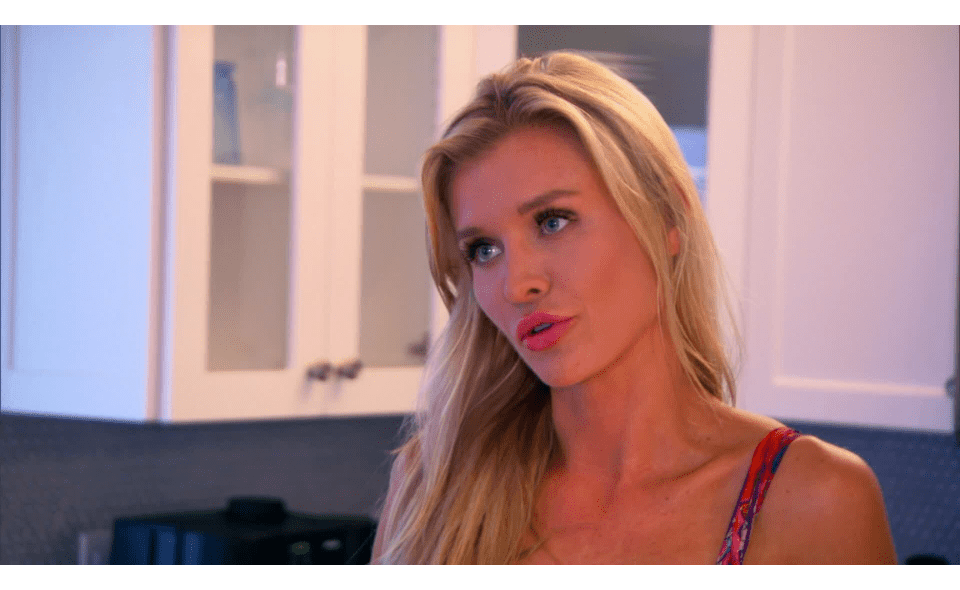 The women are stranded on Bimini due to stormy weather, but they try to find some serenity and learn that perhaps the island has therapeutic properties.

When they return to Miami, they do so with a renewed sense of purpose and a deep desire to improve their lives. It’s crunch time for everyone, with burdens pulling them down because relationships are on the line. 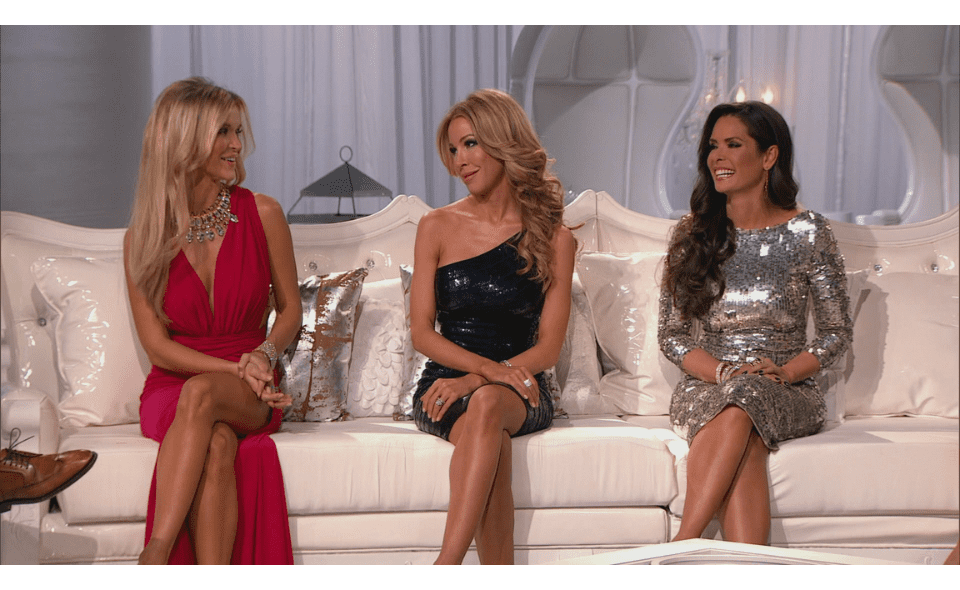 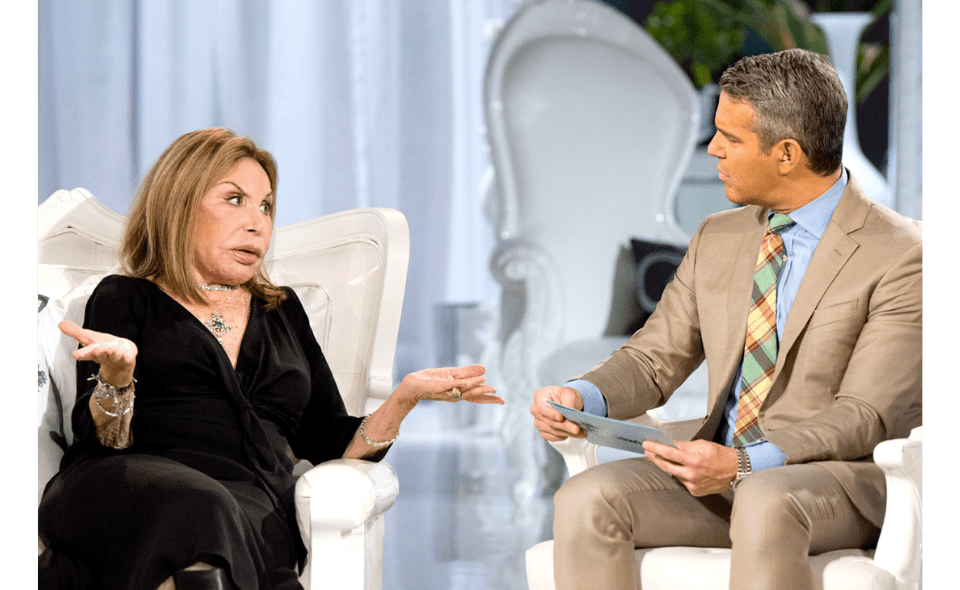 The clips that weren’t included in this season are all shown when Andy Cohen unlocks the Bravo vault, including Adriana’s acting attempts and Lea’s bond with her housekeeper.